Oxford has one of Britain’s best outdoor swimming pools. Surrounded by trees and blossom with a view of distant hills between the flowering bushes, Hinksey Outdoor Pool is one of Oxford’s special summer places. When it opens at 7 a.m., local residents arrive in their swimming costumes and dressing gowns. After a few lengths they stroll home for breakfast, and are replaced by laughing schoolchildren, grannies like me getting fit and everyone in between. And it is all thanks to cholera.
Up to the mid-19th century, the citizens of Oxford drank straight from the River Thames, and there were regular outbreaks of cholera. Despite the authorities banning pig sties next to the streams running into the Thames, there were three main outbreaks of the ‘Indian Disease’ in the 19th century. In the first, in 1832, there were 200 known cases and a 50% death rate. ‘Beware of late and long sittings, dancings, revellings, surfeitings, and such like,’ warned the Oxford Board of Health just before the St Giles Fair in 1832. ‘Beware of  unknown Companies in the distempered atmospheres of Booths , Show Rooms, and Canvas or Boarded Apartments. — Infection lurks a long time in Stone or Brick Buildings; it may continue in the materials of Wooden, Woollen, and Hempen inclosures; and who knows where the Booths of a Fair were last erected? But especially beware of Drunkenness, for it has been found to bite as a serpent and to sting as an adder. Many who have raised the cup in merriment to their lips, have in agony lamented their excesses, and at their deaths have left a last legacy of warning to the Drunkard. — Death smites with its surest and swiftest arrows the licentious and intemperate — the rash, fool-hardy, and imprudent.’
Better times began for the residents of Oxford when in 1844 the Great Western Railway line was constructed from London, terminating in south Oxford near Hinksey village. Railways need a lot of gravel, and there was plenty in Hinksey. So a vast quarry was dug, which soon filled with fresh spring water. When in 1854 the connection between drinking water and cholera was made, the City of Oxford spotted an opportunity to bring health to their people, and bought the new lake and land around it from the Earl of Abingdon. They then built a pumping station powered by steam engines, which served the local residents during the day with clean water. If a fire broke out at night, a policeman woke the boilerman who fired up the pumps. To ensure the water was not contaminated, the Waterworks Committee kept animals and people out with high fences and to inspire confidence in the quality of the water, the land was landscaped with trees and neat hedges. However, the Oxford photographer Henry Taunt complained of the number of freshwater shrimps coming out of his taps, and mussels regularly blocked the valves in the fire brigade’s engines. 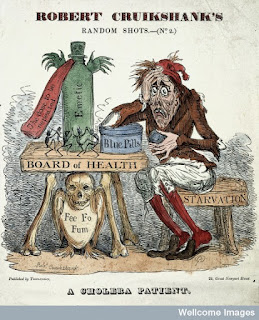 So in 1884, after a law was passed that drinking water had to be filtered, huge water tanks and filter beds were dug near the lake and a dozen men were employed at the improved water works. Filtering sand was dredged from the river, while coal brought in carts from canal barges was then taken away as ashes. By 1934, Oxford’s population had risen to over 80,000 and Hinksey could not supply enough water. It now all came from Swinford Water Works, 5 miles west of Oxford. The Water Committee handed over the lake, land, pumping station and filter beds for recreation. The pumping station is still South Oxford Community Centre; Hinksey Lake is popular for swans, fishing and junior rowers; the cooling pond is used by ducks, model boat enthusiasts and in cold winters, skaters; and Hinksey Park has tennis courts, football and a playground.
But best of all was the Jubilee Pools which opened in 1935, the 25th year of King George V’s reign. The filter beds were converted into three swimming pools and two changing rooms were built – one for men, one for women and children.  On the opening day, children from St Matthew’s Infant’s School were invited to sing to Alderman Brown, the Mayor of Oxford. ‘The Jubilee Pools had no fences around them, just the pools,’ recalled Peter Horwood one of the schoolboys. ‘You put your swimming costume on in the morning when you got up, go and have a swim, play in the fields out the back, then go and have another swim. It was all free.’ During the Second World War, the pools were closed and the RAF used them for dinghy and life-saving practice. After a drowning accident in 1958, fences were erected and adult swimmers charged 1 shilling (5p) and children sixpence (2p). Individual changing huts were also installed with a balcony above for spectators.

In 1960 a roof top café opened, but by 1990 the season lasted only 6 weeks and the pool closed in 1994 when the filter system broke down.
Bob Price is retiring this May after 35 years as Labour Councillor for Hinksey Park ward. He told me that his proudest achievement has been the refurbishment of Hinksey Pool. Since it reopened in 1997, two of the filter pools have been filled in and grassed over for sunbathing, the heated pool (temp 25oC) now has a shallow area for children and a deeper section for serious swimmers, clean individual changing rooms, hot showers, and on sunny days a café serving cappuccino, panini and ice cream. On cold days, the pool steams and swimmers are rewarded with free hot chocolate. When the moon is full the pool stays open until midnight. Bliss.
www.janiehampton.co.uk

This sounds such a lovely pool it would even get me swimming if I lived near enough!

I used to swim all year round up at the Ladies Pond on Hampstead Heath. I love swimming and swimming in England can be an invigorating experience particularly in winter. Next time I am in Oxford I will bring my bathing costume.