The Wandering Womb - by Ruth Downie

Women! Are you suffering from choking, collapse, suffocation, seizures and the inability to speak? Has your doctor ruled out all the usual causes? Have you considered that your womb may have gone wandering in search of moisture?

This may come as a surprise to anyone trained in anatomy (or indeed anyone at all in the 21st century) but it would have been a sensible question in the ancient world. Opinion was divided even then, but a substantial number of doctors believed that the womb was not firmly attached to its moorings. It was thus free to roam about the body causing trouble. 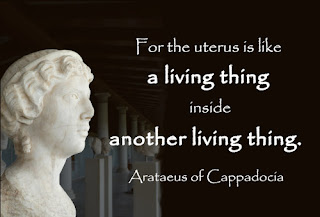 The doctors of the time were a fiercely competitive bunch who did their best without the aid of microscopes, x-rays or very much sense of scientific method. They were, however, keen observers, and they were confident that neither asthma, epilepsy nor anything else they could name explained the problem afflicting some of their women patients. It became known as hysterical suffocation (from ‘hystera’, a Greek word for ‘uterus’).

Luckily there was a relatively safe and straightforward remedy. Wombs were said to be very sensitive to odour. They could be lured by sweet smells and repelled by foul ones. (Smells that they disliked included charred deers’ horn, burned hair or rags, and squashed bed bugs.) Apply the right smells at the right ends of the suffering woman, said the theory, and her troubles would subside as her womb slunk back home.
If the smells didn’t work there were other options. Few of them can be recommended for trying at home, or indeed anywhere else. Doctor Mantias prescribed drinks of beaver secretions and bitumen in wine, plus flute music and drumming (presumably performed to, not by, the patient). Doctor Asclepiades suggested tight bandaging just below the ribs, making the woman sneeze, shouting at her and blowing vinegar into her nose. If that failed, her helpers could try pouring cold water over her head. 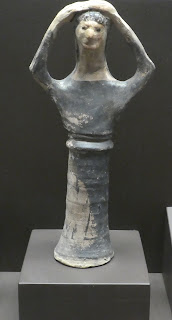 Soranus, a specialist whose book on gynaecology still survives, was scathing. “For the uterus,” he declared, “does not issue forth like a wild animal from the lair, delighted by fragrant odours and fleeing bad odours.” He warns that trying to straighten out a woman’s internal tangles by using smith’s bellows to force in air – a ghastly suggestion that seems to have had a long, if surely unhappy, history – would only do more damage. As for the therapeutic effects of loud noises and the prescribed crashing of metal plates – “even many healthy persons have been given headaches by such sounds”. He agreed that the womb was the source of the trouble, but that rather than trespassing in unauthorised places, it was suffering from inflammation. 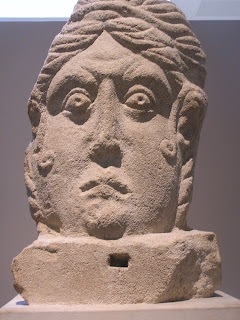 While Soranus and his fellow-medics disagreed on the causes and treatment of hysterical suffocation, they didn’t question its existence. The usual view of modern commentators is that they were describing some sort of stress-related symptoms that we would name and treat very differently today.

Before we feel too superior in our modern knowledge, though, it’s worth remembering that when my grandparents were young, smoking was considered to be a harmless way to relax. And by the time surgeons decided that routinely removing parts of healthy five-year-olds wasn’t such a great idea, my innocent tonsils were long gone. Who knows what twenty-first century beliefs future generations will look back on with alarm and incredulity?

Hopefully many sufferers were offered the sensible and restrained treatment recommended by Soranus, who suggested laying the afflicted woman down in a warm, bright room, placing warm compresses on her, gently straightening the constricted limbs and washing her face with a sponge. Given such treatment, we can only hope that she would feel well cared-for and that her womb, wherever it had gone, would find its own way home.

Ruth writes a series of mysteries featuring Roman military medic Ruso and his British partner Tilla - find out more at www.ruthdownie.com.
Posted by Ruth Downie at 01:00

A good egg, that Soranus. More sense than the rest of the crew put together.

Yes, we can only hope that his colleagues were listening!

As other organs occupy all available space, where would it wander?

Squashed bed bugs really do smell vile! wherever your womb may be wandering.
Great blog!

Thanks Janie! I've never had the misfortune to meet any squashed bed bugs but they sound pretty disgusting!

I'm trying not to think about what they did with that bellows...

But you're right, Ruth. My dad smoked his way through the Second World War, and I had my tonsils removed at the age of six. Since then I've been deeply sceptical about any unpleasant-sounding tests and treatments.

Absolutely, Ann. Still I suppose we can be grateful we aren't Victorians with all our teeth removed!

Wondering if you’ve come across my moments of doubt on those womb votives? https://thevotivesproject.org/2017/02/17/when-is-a-womb-not-a-womb/ Fascinating objects!