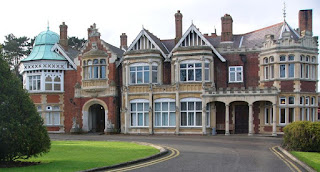 Now, I have to admit that I'm useless at codes and cyphers which is probably one of the reasons that I'd never visited Bletchley Park. I assumed it was a couple of huts in the grounds of a crumbling country house  with nothing much to look at when you got there. Perhaps some machinery. If you were lucky. 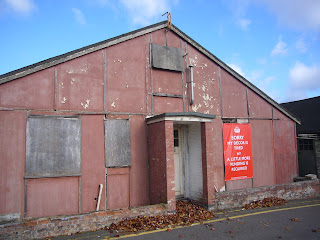 I could not have been more wrong. Yes, there is a country house but it is no longer crumbling. Yes, there are huts but even though the paint is peeling and the fabric decaying they are far from dull and lifeless. They are empty now, some in dangerous condition so you can't go in them, but there is something about them that is highly evocative. It is not hard to imagine a time when they were full of activity of a top secret nature. Uniformed young men and women coming and going, civilian boffins like Alan Turing wandering around in tweed sports jackets, smoking pipes and cracking codes while   Tommy Flowers and the Dollis Hill telephone engineers were busy inventing the computer. 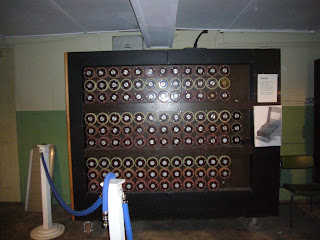 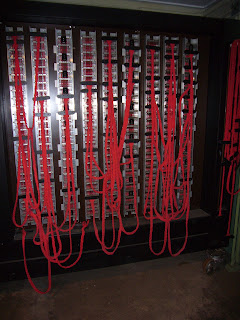 I did listen very carefully to the man who explained how the code was broken and I actually understood for a second or two, until it fell right out of my head like algebra in school. The intricacies of the codes, how they worked were never going to be my major point of interest. I was much more excited by the human stories here. By the ingenuity and the vision of the codebreakers who knew it was impossible to crack the Enigma encryptions head on, the possibilities ran into millions of millions. Rather, Turing thought about what the machine didn't do and the code breakers pounced on the mistakes of German operatives made complacent by the apparent invulnerability of their coding system. Even so, Enigma would have been remained just that, almost impossible to crack, without the knowledge passed on by the Polish cryptographers and mathematicians who were the first to discover how the machine worked and, as their country fell to the Germans, smuggled out their knowledge, code books and copies of the machines. 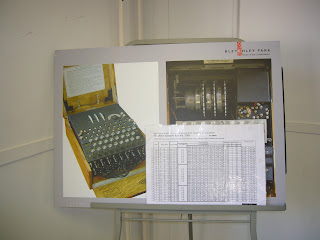 Mixed in with the day to day workings of the place are stories of great heroism. Several young sailors lost their lives capturing code books from a sinking German submarine. Their sacrifice meant that  even though the Enigma machines had been modified, the codes could still be broken. 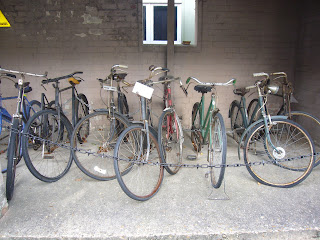 Over 12,000 people, 80% of them women, worked at Bletchley Park at some point in the war, yet the centre was never penetrated by German Intelligence. How do we know that? If it had been, it would have been bombed into oblivion. Churchill referred to the Bletchley staff as 'The geese that laid the golden eggs and never cackled.' 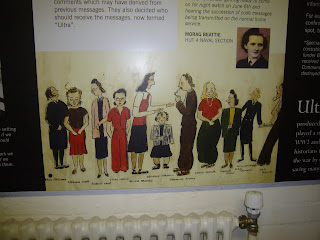 After the war, those who had worked there kept the secret. It wasn't until the 1970s that the work done at Bletchley was revealed to the general public. By the 1990s the site had fallen into serious disrepair and might have been lost altogether but for the efforts of Milton Keynes Borough Council and the formation of the Bletchley Park Trust. The site opened to the public as a museum in 1993 and the work goes on to open more of the huts and to re-build the machines that broke Enigma

Never in my wildest historical fantasies do I see myself as a member of the Bletchley Circle (despite the outfits). Cryptography is really not my thing. If I invented a code, it would be very different. Nevertheless, Bletchley has me hooked. I have my year long pass. I'll be back! 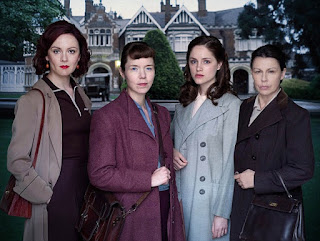 www.celiarees.com
Posted by Celia Rees at 01:00

Lovely post! Hope this means the BOOK is on the way....

Great pics. I have to admit I am fascinated by codes - this is probably a throwback to my mathematician days, when I almost applied to GCHQ... but ended up writing children's books instead!

I went to Bletchley last year, and loved it. We had a very brisk and bossy - and good - guide, and it felt tlike a taste of being in the military following him round - 'Come on there, you at the back! Keep up, keep up!'But the story of Alan Turing is so sad...

Yes, Adele, there is method in my madness. Bletchley does seem to attract a certain type of person to act as guides etc. no slouching at the back or mooching on one's own, but I think it is the enthusiasm of the volunteers that keep the place going, so I salute them.And Katherine Roberts practically a spy? Who would have thought? I love the History Girls!

What an immense read, post more often please!
Is there any further reading you would recommend on this?

Bletchley Park was the Buckinghamshire house and estate that played host to Britain’s code-breaking triumphs – from the success in breaking the ‘insoluble’ Nazi Enigma codes to its incredible work on Japanese cryptology.

Its role was so secret – everyone who worked there signed the Official Secrets Act for life – that we only really started to learn about its achievements decades afterwards. And there is still much to emerge.