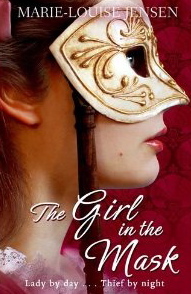 Every weekday on the school run, I drive past the training centre for Norland Nannies. Norland have revived the notion of nanny uniforms, and all their nannies are very visible and extremely smart walking along the streets in their distinctive brown and beige uniforms, brown bowler hats and white gloves. Unfortunately, I can't find an image for this post I can be sure is copyright free, but you'll find lots if you google them.
As I passed them again this morning, it struck me that this sight links with a subject I've spent the last few days researching.
I've been looking at liveries; a subject I previously knew little about. I knew that servants in wealthy households wore livery and that this was a type of uniform. But I knew little more. In fact the topic is far, far more complex than I had any idea of and has its roots in the involved and complex tradition of heraldry.
Heraldry came about some 900 years ago from the need to distinguish combatants in the field who were all wearing armour and helmets. I'm no expert and it isn't a straightforward subject, but basically various kings, lords and knights developed their own colours and coats of arms which were passed down through their family. Worn originally in battle, the arms later became a significant symbol of social status.
Wearing livery was never a mark of servitude in any shameful way. On the contrary. Knights would wear their king's colours with pride and so on down the social scale. Various colours also had meanings attached, such as ambition, courage and so on.
By the 18th century (the era I'm researching) it was traditional for wealthy families with their own coat of arms to dress their visible servants in their colours. By visible, I mean butler, footmen, coachmen and similar. These were the people who accompanied their employers out and about or welcomed their guests into the home. They represented their family and could show off their wealth and importance.
I had had no idea, until I started looking into this, just how elaborate and costly liveries could be. There were very strict rules about which colours were used from the coats of arms and which were main and seconday colours. If the main colour was gold, the rule was this was replaced by drab in liveries, as it wasn't considered seemly to put the servants in gold (convenient, as it would also be far too costly!) I've always wondered about the colour 'drab'. Apparently it's used to describe the brown/grey spectrum. Whatever colours they wore, the servant looked splendid.
I imagine the cost of the servant's livery probably far outstripped the cost of his hire, though I haven't checked this. What an upside-down world we live in!

This is fascinating. I had no idea that liveries were connected to heraldry in this way. I imagine it might have been something of a relief to have one's choice of colours restricted - although 'drab' does sound a poor substitute for gold!

Doesn't it just? But there would have been some bright collars, cuffs and buttonholes to liven it up.

Fascinating post. I was a bit alarmed that the Duke of Devonshire's footmen appeared to have no heads, so went looking. There's some more on their livery here:
http://austenonly.com/2012/08/26/

Wonderful stuff! And gold replaced by 'drab' is such a lovely detail.