The Artificial Person, by Louisa Young

Earlier this year I got involved with an Art Collective, which felt magnificently 1960s, and was a lot of fun as it was full of youngsters, and I don't usually do art. I made various items based on The Book of the Heart, my cultural history of our most symbolic organ, and gave each a theme song. There was the Interactive Dartboard of Love (Cupid, Draw Back Your Bow) . . . 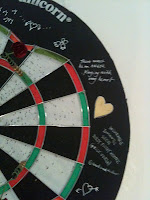 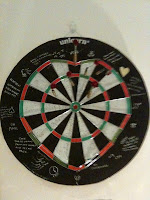 . . . the Psychostasia of Hank Williams (Your Cheating Heart), based on the ancient Egyptian Judgement Day practice where Thoth weighs the heart of the deceased against the feather of truth, and if it is found true it goes across the Nile to ive with Osiris and eat cake, but if it is found wanting it is eaten by Amit - part crocodile, part lion and part hippo . . . 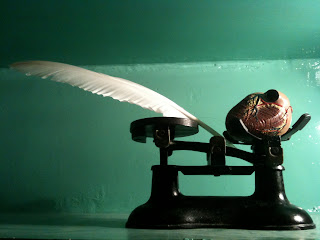 I also made a rather cack-handed mobile of some silver-plate votive body parts that I got at the monthly antiques market in Arezzo (I doubt they're very antique though). Originally, you place them on the altar of an appropriate saint as an offering in hope of or gratitude for the recovered health of a particular body part. I strung mine together more or less in the shape of a person. Here's the head, torso and an upper limb: 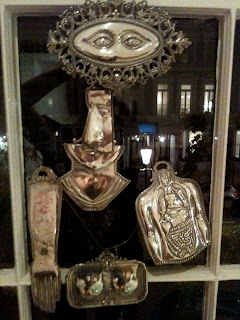 I particularly like the torso, with all its organs: 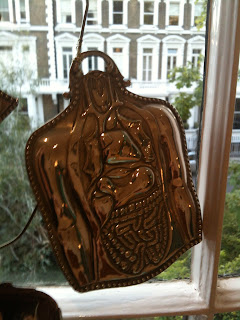 And of course the heart, the most familiar votive: 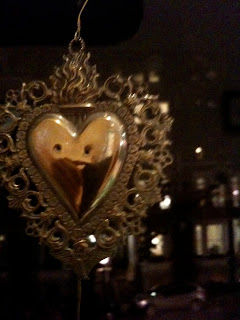 And a lovely foot. 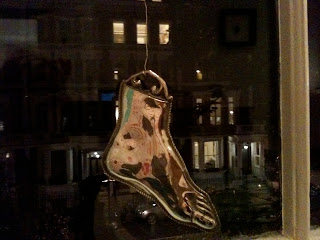 I'm very interested at the moment in the various ways the human brain makes people - inventing characters in fiction, fantasising a lover to perfection in our mind, dreaming about people, hallucinating them, seeing ghosts, hearing voices and so on. Perhaps it is a mental, emotional, psychical version of my constant interest in surgery. God I wish I'd written Frankenstein..

And then at the Musee de la Grande Guerre in Meaux last month I saw a piece of, well, art, I suppose, which put my poor mobile to shame. It was made, like mine of artificial body parts. But this was made of prosthetics, created for soldiers who had lost limbs. It was hung on invisible strings in a cunningly lit cabinet: a glass eye, a tin mask, an arm, with a kind of girdle to hold it on, two different kinds of false leg, a wooden seat for a man with no lower half at all . . .  A replacement soldier, made entirely from spare parts. It was as sad a set-up as I had ever seen.

I wasn't able to photograph it, so here is a set of anatomy parts for you to build your own: 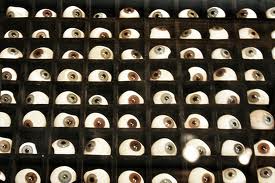 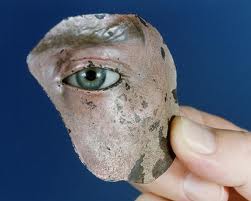 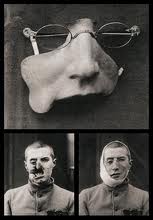 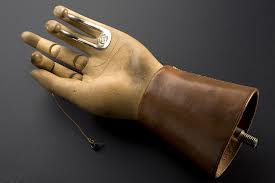 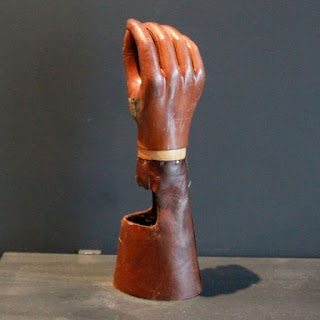 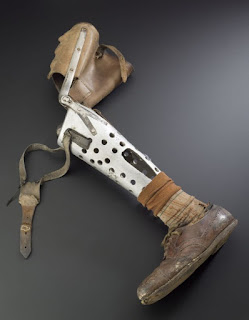 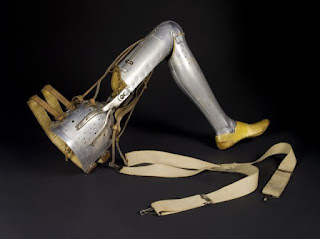 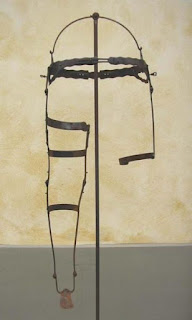 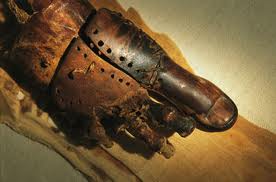 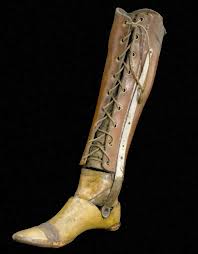 These are all 19th or early twentieth century. Here is something from a much older world:  a sixteenth-century artificial hand. A Facebook friend, the writer KA Laity, put it up on her page and it immediately grabbed me - (oh, I'm sorry). 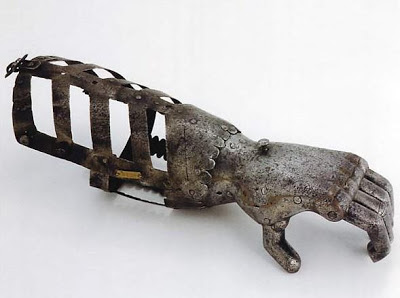 I found this about it, on an armoury website, myarmoury.com:

This is (l) one of von Berlich's iron hands, and (r) how such things were attached: 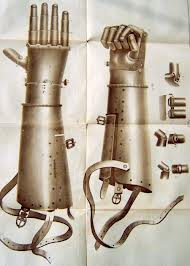 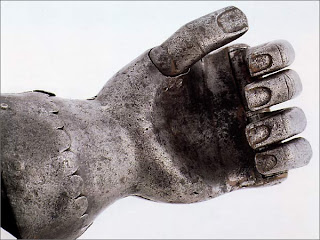 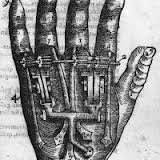 And, a 19th-century lady's hand - an exquisite clacketty set of bottle-openers and Swiss army knives. 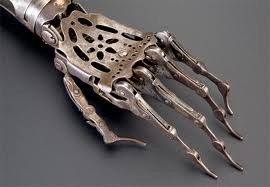 I think of these, when I see the man in our neighbourhood who lopes along on one natural leg and one of the bouncy modern feats of engineering we became accustomed to during the Paralympics.

Happy New Year everyone. Look out for your limbs.

LOVED this post! I'm a day late but am sitting reading it in an airport lounge in SAfrica catching up. What a magnificent collection of votives. The real treasures have become so expensive... esp at fairs like Arezzo. I couldn't help noticing a huge similarity to my garden square in the background... same pediments... and seem to recall that you're related to Captain Scott FitzRoy and wondered if they were hanging in the windows of his apartment.

And all those artificial bits and pieces... if one can just shut out their purpose, they become sculptural and very beautiful. That lady's hand is amazingly macabre. Somewhere in my files at home I have a record of a golden artificial eye found in Russia and dated BC.

Thanks for brilliant photographs and an intriguing combination of body parts. Brilliant!

Wonderful post, Louisa. I too am late to this but happy to see Emmy Lou mentioned by you! Happy New Year.

Fascinating post, both your artistic interpretations and the historical samples - though hope I don't dream of that last spiky-fingered hand tonight!(Shiver)