HISTORY DOESN’T LOOK THE SAME ANY MORE by Eleanor Updale

When I was young, I watched a lot of black-and-white films. They were on the telly every wet weekend afternoon, and although I must have seen some of them many times over, I never lost the sense that the people in them looked odd. Those women with their cinched waists, full dark lips and tightly waved hair were peculiar. You ever saw anyone looking remotely like them anywhere else. The past really was another country.


Earlier fashions were even more foreign: skirts to the floor, flapper dresses, even men’s hairstyles such as buzz cuts and slicked-down college boy styles were unfamiliar on the eye.

Something has changed. The people around us in our everyday lives now wear such a wide range of clothes that almost nothing surprises. It seems to me that there is almost no distinctive ‘21st century’ style - at least, not yet.  Fabrics may be different and easier to launder, but almost all looks are (often deliberately) reminiscent of something that has gone before. Even school photos now feature blazers, badges and boaters that would have looked antiquated fifty years ago.

Until very recently, it was only the shoulder pads and big hair of the early 80s that looked comic to the modern eye. Now they are beginning to make a comeback, and soon nothing from the 20th century will raise a laugh. If you see television archive material from the 60s, 70s or 80s, the language and attitudes might be a clue to their date. The green tinge of the film (caused by the copying and storage customs of the time) will tell you it is old. But the clothes? it’s only the fact that everyone in shot seems to be wearing a version of the same style (and the presence of cigarettes) that suggests this isn’t the present day.

Of course, our lives have changed in many ways, the new role of technology being the most obvious. As I type this, a robot is vacuuming the floor for me. But innovations are not always for the better. The machine I am working on now makes me unhappy every day - and cost me more than the proceeds of the last piece of work I wrote on it. 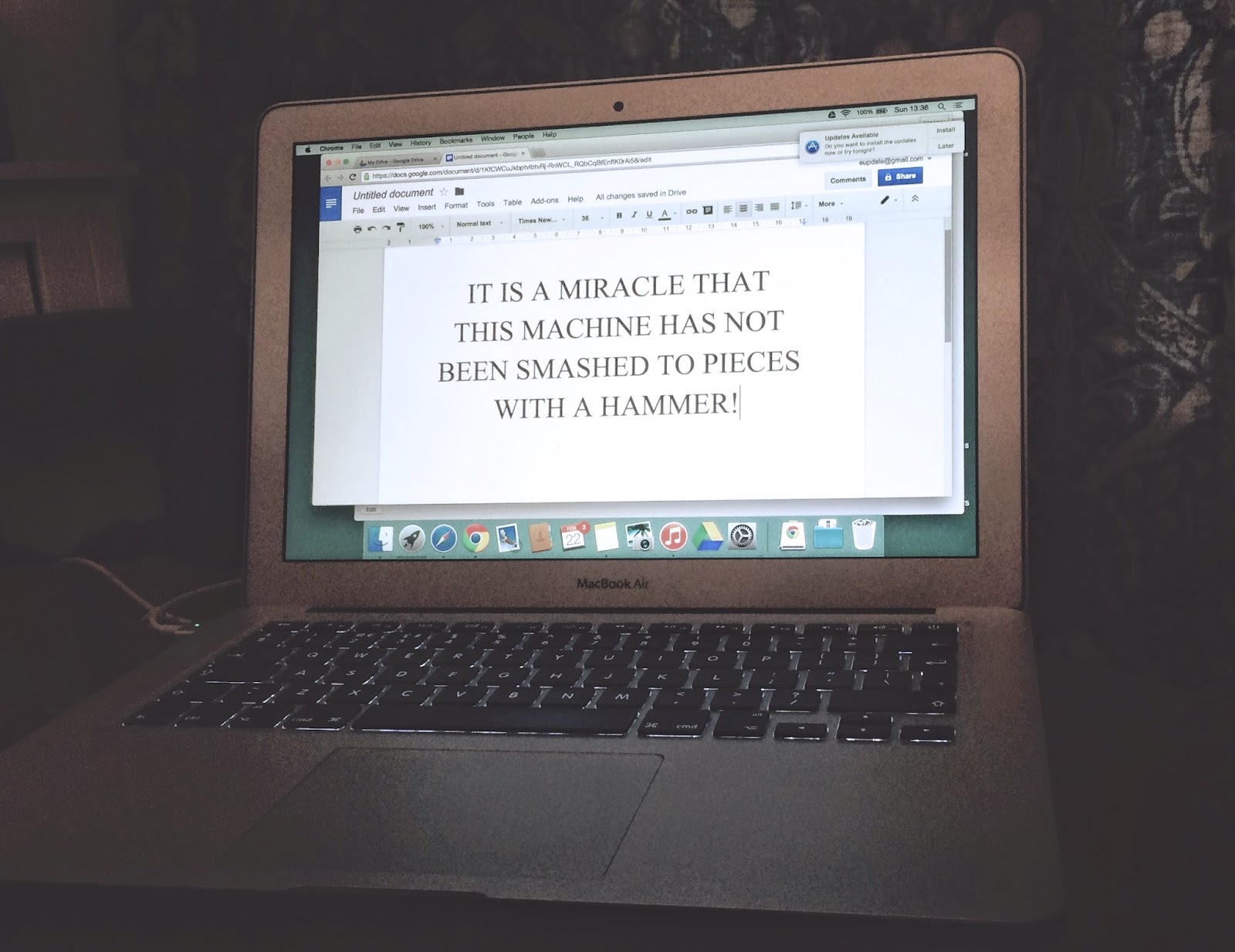 All of writers know that, thanks to the capabilities of our software, we are now not only composers, but editors, typesetters, and accountants. Our days are spent battling with printers instead of sharpening pencils. But, on the plus side, at least we can back things up, and don’t lose whole manuscripts on trains any more.  And, with a few clicks, we can actually see people from the past.

One of the influences my generation’s perception of near history was in the way we viewed old newsreel footage. Until recently, this was shown on ‘modern’ cine equipment, which ran at a slightly different frame-rate from the cameras on which it had been recorded. The result (as anyone over about 45 will remember) was a comic jerkiness. People in the past were not like us. They were less sophisticated. They couldn't even walk properly.  Their regrettable political judgements were somehow the product of their less formed minds.

You can see the whole thing here:
ref: https://www.youtube.com/watch?v=GYeLTdW2b4c

Lloyd George was one of the first politicians to feature regularly in newsreels.  I always thought he looked a bit of a prat.  Now that we see the films at (almost) the proper speed, it’s easier to appreciate that people like him were, in most of the ways that really matter, just like us.

Last night, while doing the very 21st century task of assembling furniture using wordless instructions, I watched an old edition of Steptoe and Son. I’m old enough to have seen the first episode on transmission, in 1962. In those days, we laughed at the shambles of junkyard that surrounded Harold and Albert. Now the programme looks like an edition of the Antiques Roadshow. If the sad couple auctioned off the contents of their house, they would be made for life.
What would a teenager of today make of it, I wonder? Almost certainly, they wouldn’t see anything remarkable in a man in his thirties still living with his father. That was a crucial ingredient in painting Harold’s pathetic character way back then. 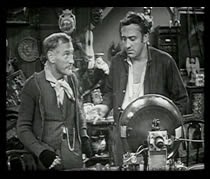 Maybe I’ll try muting the sound and writing a 21st century script to go with the pictures.  It might be the story of a poverty-stricken academic caring for his dementing father (a retired doctor?) with insufficient help from Social Services.  The words will be different, but the set and the costumes can stay the same.


eleanor@eleanorupdale.com
Posted by Eleanor at 02:30

My teenager watched Steptoe recently (on my recommendation as I had fond memories of it) and didn't find anything strange about such an old sitcom, apart from the lack of colour (early episodes were black & white). The idea of people earning a living recycling and upcycling was completely in tune with today, as was the clothing and the fact that the Steptoes appear to eat nothing but tinned food.

This made interesting breakfast reading! I do love looking at stills from old 'history' films and looking at how the clothing and styles of the year it was made influenced their view of how people in the past dressed.

Re. the last paragraph - you SHOULD! I'd definitely watch that!

Flock wallpaper and swirly patterned carpets have yet to make a comeback. A lot of sixties and seventies interiors look VERY odd to the modern eye. And I was recently watching Winds of War - 1980s miniseries about WWII - and was struck by how odd the characters looked, not just because of the time its showing, but because it is showing it through a 1980s lens...

I'd love to think we were less visually conformist now than we were but look at any school photo and you will see every almost every girl has long hair, parting, no fringe...I have a feeling people will be able to look at film/TV of our decade, and identify it fairly easily.

On the other hand, my daughters looked at a photograph of our second house, shortly after we'd moved in and before we'd stripped off the horrible wallpaper, and said: 'That wallpaper's really cool!' It was 70s, dark, with a pattern of huge jungly leaves..Indeed, cool people, really posh designers, do houses all up in that kind of wallpaper. I saw it in World of Interiors. Of course, the Steptoes are informal recyclers, such as you could still find in those days, when the rag and bone cart used to come in, though the man used to shout 'Any old iron!' which had turned into 'Eh-I-Eh!'Must watch an episode with hubby - I suppose they are being recycled themselves, somewhere on Freeview? Fascinated to read this, Ellie, and so perceptive.