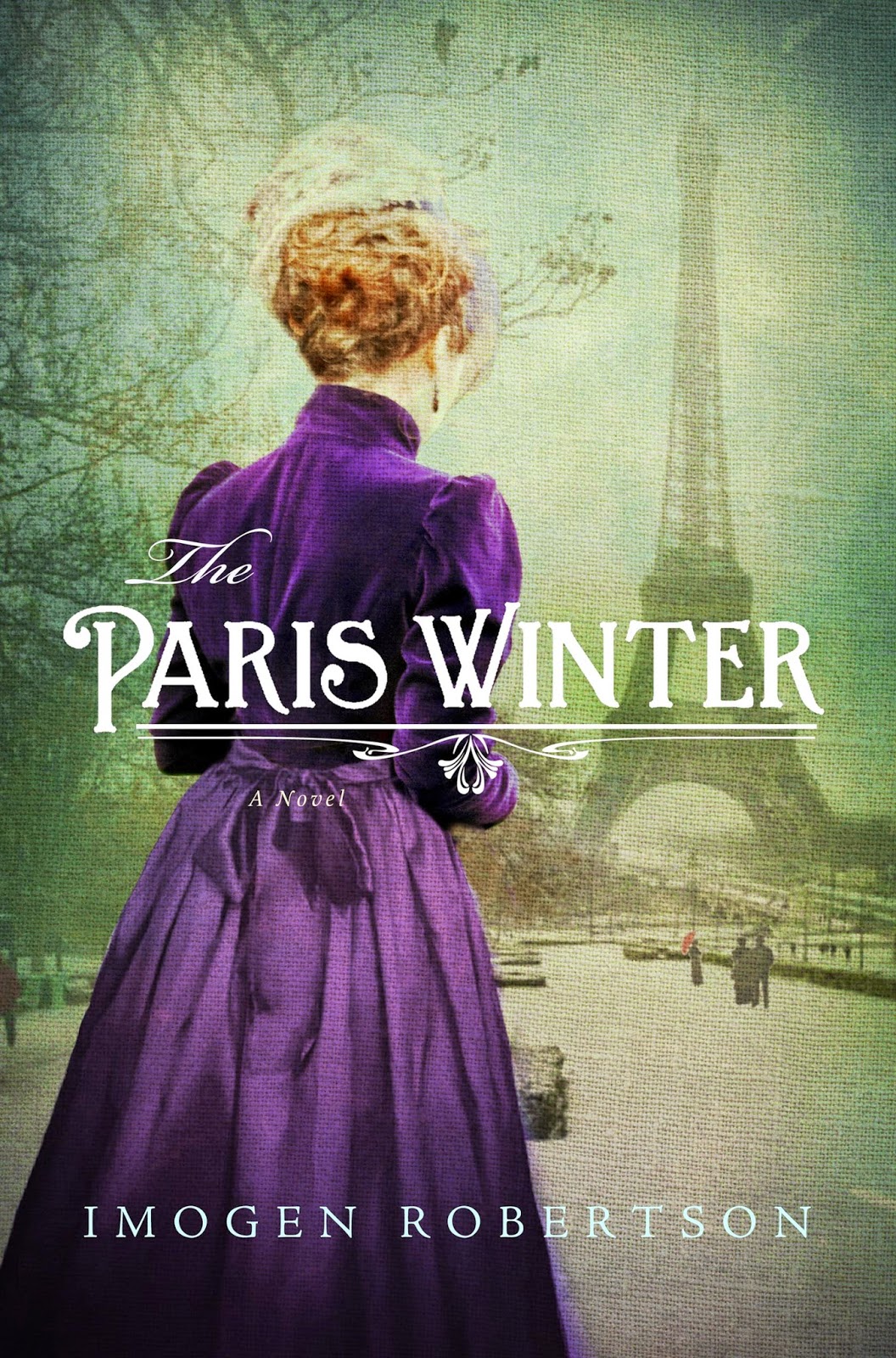 There are many advantages to living in the modern age -  dentistry, antibiotics - and, for the record, I’m also delighted to have the vote and be allowed a mortgage without my father’s permission. Then there’s the internet and the access to information and individuals it brings sweeping along in its digital skirts.

For most writers the internet is a mixed blessing. It does no one any good to be able to read nasty reviews on amazon, and the endless distractions of the wikipedia vortex are, well, endlessly distracting - not sure why, but I spent part of this evening reading about deers’ milk cheese. Once in a while though the stars line up neatly and something really special turns up. Such a day came, for me, a month ago when I got an email from Michael Armitage of Hawkhurst, Kent.

I’ve written about Ada Leigh and her Home for Impoverished English and American Girls in Paris before on this blog. Ada was a remarkable woman - conservative, devout, young and unmarried, she fought against the prejudices of her time, class and family to help women who had nowhere else to turn. She raised vast sums of money to offer lost girls a home and a future during the Belle Époque and managed the enterprise herself. I based a character in The Paris Winter on her, very closely, and learned a great deal about the lives of poor English women in Paris from her slim autobiography. 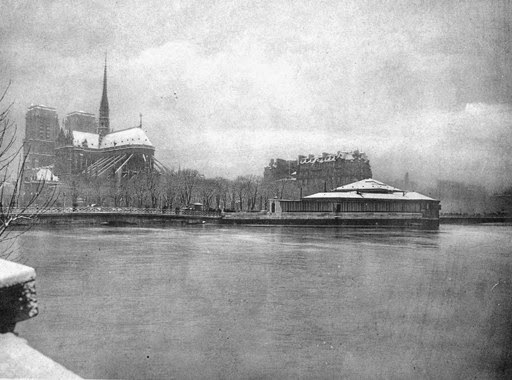 Since finishing the novel, I’ve often wondered if it would be possible to learn more about her and looked with frustration at my notes from her book. At the time it felt as if I were transcribing most of it, but I was sure there were gems I had missed and wondered if I could track down an expensive copy online or make a couple more trips to the British Library to read it again. How to justify the time and expense? A screenplay, perhaps? But there’s a novel here that needs finishing and… Well, you know how it goes. Time melts away. (Feel free to add a sarcastic comment about deers' milk cheese here).

Then Michael's email arrived. Michael was walking his dog through the churchyard of St Laurence, Hawkhurst and noticed a grave, previously hidden in long grass. It was a memorial to John Travers Lewis, who died at sea on May 6th 1901 and also to his widow, Ada Maria, born 3rd March 1840, died 10th April 1931, Founder of the Ada Leigh Homes, Paris. He made the connection to Paris Winter and me and on the off-chance I might be interested, sent me an email.

I was delighted to get it. I knew that Ada married Dr John Travers Lewis, Bishop of Ontario in 1889 and was widowed in 1901, but after that no more. Michael and I have done a bit of research, and it seems one of the Bishop’s daughters from his first marriage, married local land-owner Mr Llewellyn Foster Loyd. The Bishop was on his way to visit them, with Ada, when he died. Ada wrote about it in her biography of her husband:

“The open grave was hung with flowers by his three remaining daughters Mrs. Robert Craigie Hamilton, Mrs. Llewellyn Foster Loyd, and Sister Evangeline and the service was not one of grief, but rather of  triumph.”

There is also a memorial plaque for the Bishop on the gate.

I find it deeply satisfying to know that Ada was buried alongside her husband in this lovely churchyard thirty years later, and that her role as founder of the homes is recognised in stone. There is also a particular pleasure in the fact that Michael happened to notice the memorial and remember me. He was even kind enough to find and send me a picture of the church from 1909 - 8 years after the Bishop died and the year in which Paris Winter is set. 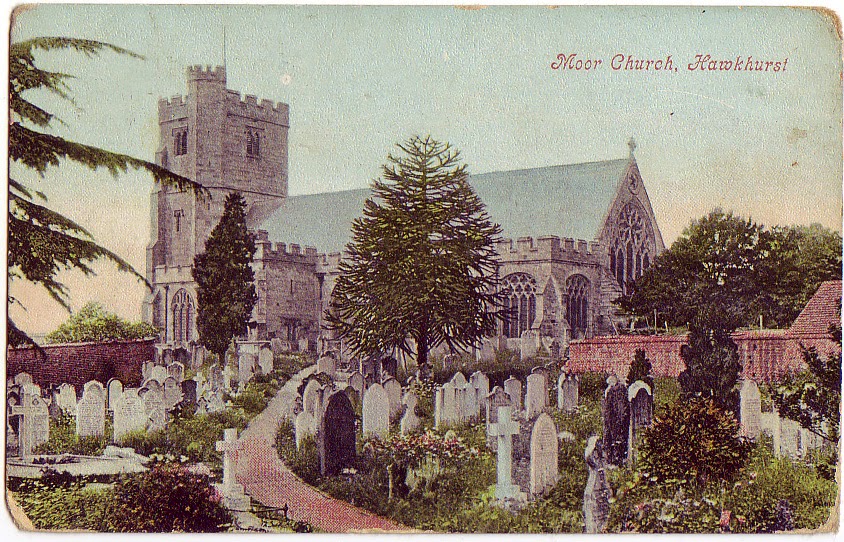 Another blessing of the internet: After getting Michael’s email I wondered again how much a copy of Ada’s biography would cost me, and began searching online. At some point since I last looked Ada’s biography has appeared on archive.org so it is now at my fingertips and free. I better get on with that screenplay. But perhaps before I do I’ll go down to Hawkhurst, see if Michael and the dog fancy a walk and lay some flowers on Ada's grave.

What a lovely outcome to your research - and how satisfying to know your interest in Ada linked up to another person's interest and discoveries.

What a wonderful story!

Serendipity is wonderful and so is archive.org. Don't know where I'd be without it.

The serendipity factor. What a wonderful outcome for you, Imogen. Clearly, Ada has not finished with you. She wants more.

Of course you are very welcome to call by whenever you want! Ada is just a few yards away from our front door, and we regularly walk by her and the Bishop!

Interestingly enough, I saw yet another old photo of the plots, and noticed that there was a third grave adjacent to the Loyd one, so maybe the whole family ended up there! There aren't any records of this particular section, but I'll try and find out...

All these people would have known Ada - maybe they helped her financially as well...

Thanks all! SHe really is an amazing character, and I love archive.org.

How interesting, and I am very pleased to learn about archive.org!