There is great excitement in Somerset at the moment (no, it's true; in the hills and on the levels, they speak of little else!) because for just one month, a great treasure has come home. It's the Alfred Jewel, and it must be one of the most exquisite works of art ever to have been found in a field after having been lost for centuries.

It's surprisingly small - a mere 6.4 cm long. It consists of an enamelled picture of a man who holds a flowering plant in each hand. This image is set under a piece of rock crystal, which is encased in the most exquisitely chased gold setting. It's shaped like a tear drop, and the apex of this is 'carved' into an animal's head - maybe a boar or a dragon? - in whose jaws is an empty socket. The gold back plate is engraved  with a stylised plant design, while the reverse of the animal head is patterned with overlapping scales.

And very significantly, there is an inscription, worked into the framework in open letterwork. It says: AELFRED MEC HEHT GEWYRCAN - 'Alfred ordered me to be made.'

The Alfred in question was almost certainly Alfred the Great - so this jewel is a direct link with him. We know this because it was found on the Somerset Levels in 1693, in a field near North Petherton, only a few miles from Athelney, where Alfred fled in 878 from the Viking leader Guthrum - and from which he emerged to fight a decisive battle at Edington. After this, for the rest of his reign Alfred had the upper hand, and so was able to get on with rebuilding Wessex and making life better for his people. He later founded a monastery at Athelney.

No-one knows for certain what the purpose of the jewel was. But that socket looks as if it was made as an attachment to something. Perhaps it was fixed onto a crown - but the smart money is on the theory that this was an aestel - a pointer: used to follow the writing in a book. It is known that Alfred gave copies of Pope Gregory's 9th century best-seller Pastoral Care to bishoprics throughout his kingdom, and that with each book he sent a precious aestel. Perhaps this was the one he gave to Athelney.

Who was the man in the picture? It has been suggested it's Alfred himself. This doesn't seem likely to me. So far as I know, there wasn't a tradition of portraiture at the time - and if you were going to make a portrait, there would be easier media to use than enamel. Perhaps it's a saint - we don't know. More questions: how and when was it lost? How did it survive, under the surface of a field, without harm, for hundreds of years? If it had been found today, the site would have been minutely investigated for clues - but of course none of that happened in the 17th century. 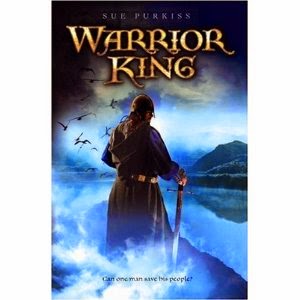 The Ashmolean, which opened in 1683, was the first university museum in the world, and it was built to house the 'Cabinet of Curiosities' of Elias Ashmole. Philippa Gregory has a very interesting account of its founding in her novel Virgin Earth (which, by the way, along with its predecessor, Earthly Joys, is a really excellent read), which concerns the fortunes pf plant collectors and explorers John Tradescant and his son. She suggests that the core of the collection was that of the Tradescants, which had been tricked out of them by Ashmole. Whatever the truth of that - and the Tradescants' collection was certainly the foundation of Ashmole's - the Ashmolean was and is a treasure trove. I went there to see the Alfred Jewel some years ago, when I was researching my novel about Alfred, Warrior King. It took me ages to find it, and eventually I spotted it tucked a way in a dim corner of a crowded display case.

But since then the Ashmolean has been re-fashioned into a glorious space, and the Alfred Jewel, far from being hidden away, is a striking focal point with a display case that sets it off beautifully.

Only not this month, because we've got it - it's only on loan, but for these few weeks, it's home.

I went to see it the other day, and I marvelled over how tiny it is. How on earth could the maker even see to create such exquisite detail? And just to think, that Alfred (I have to admit, I think of him as 'my Alfred') actually held this in his hand! (Because I'm sure he did. He ordered it to be made, so he would certainly have inspected it when it was done.)

Seeing the Jewel was the purpose of my visit, but I can't finish without a word about the Museum of Somerset in Taunton. Like the Ashmolean, it has been recently remodelled, and it's gorgeous. In fact, it's so gorgeous that it deserves more than a skimpy paragraph. So on second thoughts, I'll give it a post of its own next month. When the Alfred Jewel will have left us again, and we will be bereft...

Right. I have to make note of some of these places to see on my next trip to England. :-)

Happy to give you a tour of this particular nook, Sue!

I'd seen the Alfred Jewel on TV documentaries but to see it in the flesh must be amazing! Thanks for posting about it!

(Actually, I always think of him as "Sue's Alfred" too.)

Is there a reason why 'he' is home for this particular month, Sue? What is the language the inscription is written in? Lovely post.

The language is Anglo-Saxon, Carol. As for the reason why it's come back for this particular month - that's an interesting question to which I don't know the answer...

I saw it in the Ashmolean, and it truly it gorgeous - and, as Sue says, full of the most amazing, tiny detail, like the Sutton Hoo treasures.
I saw a suggestion somewhere that Anglo-Saxon goldsmiths may often have been short-sighted, because short-sight (as I can verify) magnifies.
I like this idea because it means that people who would have been useless for, say, hunting, because unable to see an elk unless it was standing on their foot, would have found a niche as expert craftmen.

Yes, Sue - that does make sense. I'm short-sighted too, and can only thread a needle without contact lenses or glasses.

Lovely to think such a special object is being properly shown off. I'll look out for 'Alfred' next time I'm in the Ashmolean.

Ladies, magnifying lenses had been known of and had been created as far back as Roman times. IIRC, one Graeco-Roman Scholar even produced an early treatise on the making of lenses. Suggesting short-sighted goldsmiths is perhaps an assumption too far.