Tears of the Gods by Kate Lord Brown 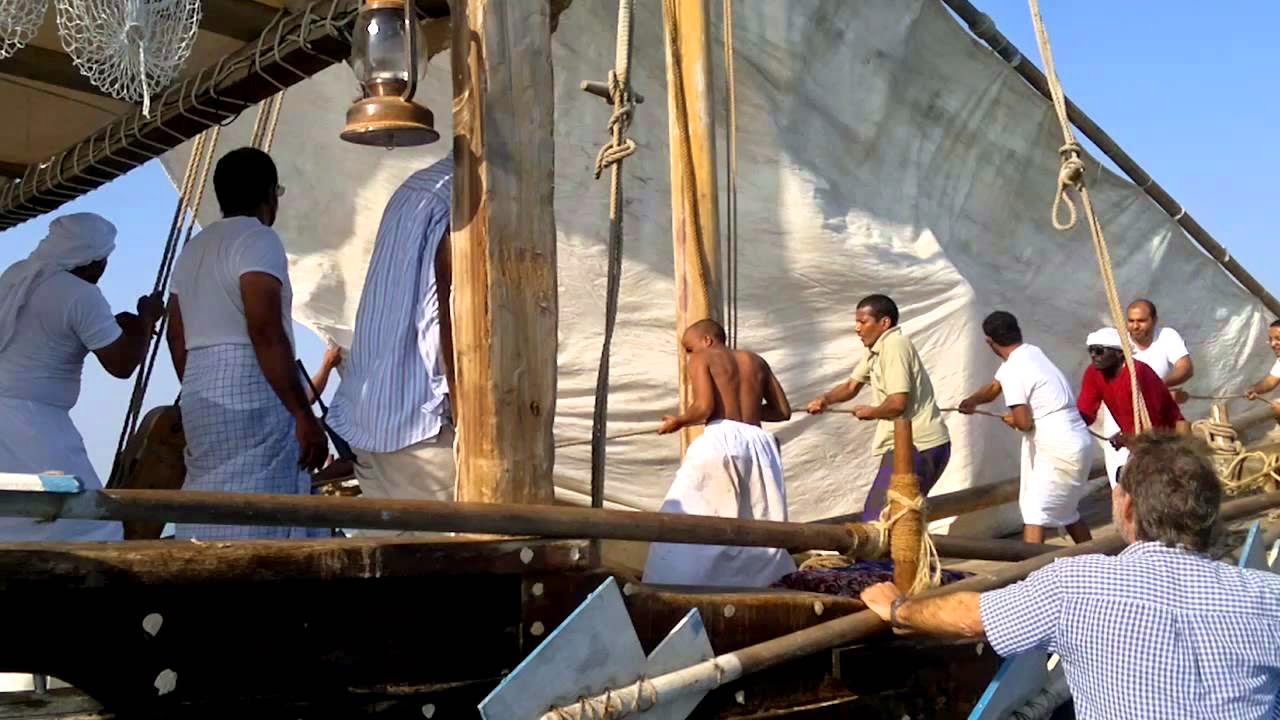 Driving along the Corniche the other day, it struck me that it is one of the few places left in the city where you can still see history living side by side with the towering skyscrapers springing up from the desert. The pale turquoise waters still shelter old dhows as they have for centuries, and among them the pearling boats. Pearls from the oyster beds of the Persian Gulf have graced the crowns and tiaras of monarchs to the east and west. These mysterious jewels that the ancient Greeks believed were the tears of the gods formed an important part of the Qatari economy before the discovery of oil in the region. 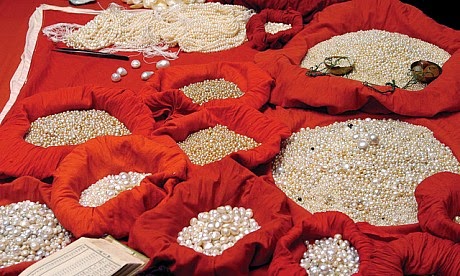 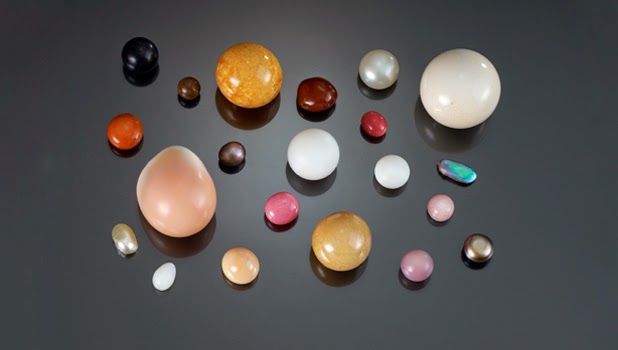 When Qatar was settled in the 1700s, the pearling industry thrived, and local pearls were particularly prized in India. The 'chow' of a pearl is still calculated based on a system devised by Indian merchants in the sixth century, which considers size, weight and lustre. While cultured pearls still impart glamour and status, the quality of natural pearls is beyond compare - a cultured pearl may have five concentric layers of nacre around a bead, whereas a natural pearl has hundreds. 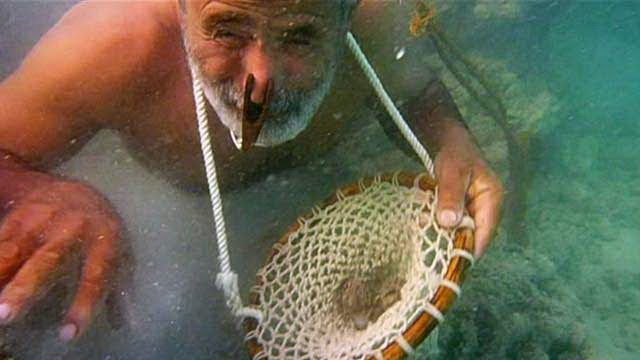 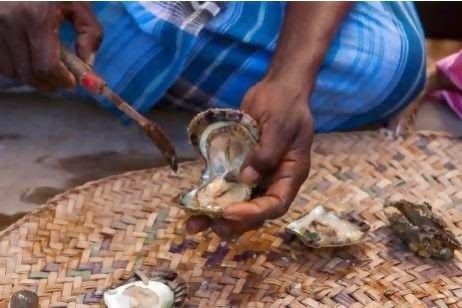 Men like 73 year old Saad Ismail Al Jassim, one of the oldest surviving pearl divers in Qatar, spent months at sea during the summer, living a perilous life in search of these elusive gems. It was hard work: 'We dived from dawn til dusk,' Al Jassim told me, when I met him in Souq Waqif recently. There were shorter diving seasons, but the boats would go out for the main 'big dive' from June to September. The divers risked malnourishment and dehydration, the effects of pressure from quick, deep dives up to a hundred times a day, and the ever present threat of sharks and sea snakes. 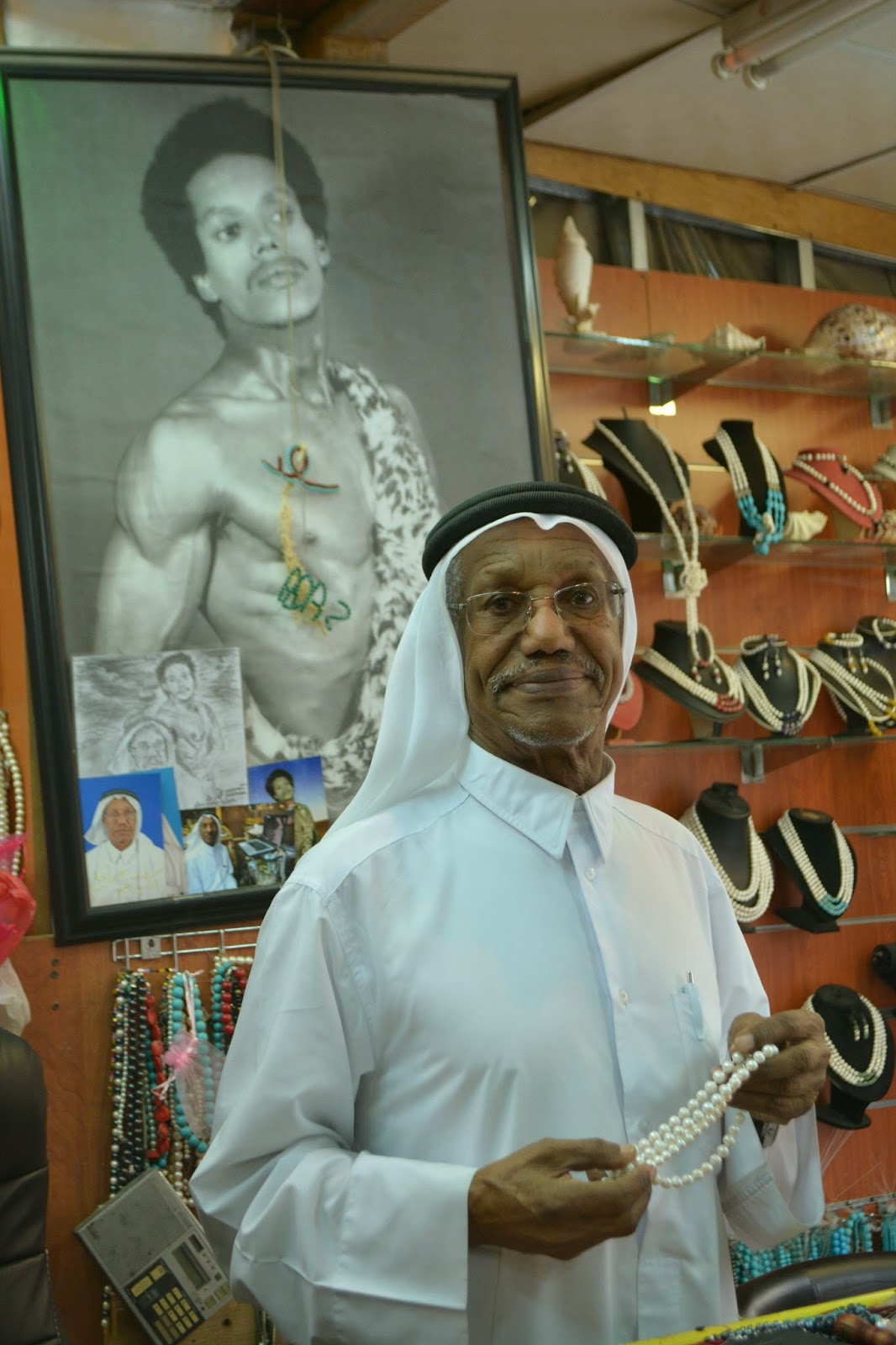 Each boat would have up to twenty divers, and twenty helpers to assist them. The divers would gather oysters using a leather glove, the 'khabt', and a 'dayyeen' oyster basket suspended from their neck. Wearing a simple nose clip, and with their feet weighted by heavy stones they could stay down for up to two minutes at a time, holding their breath, before signalling for their assistant to haul them to the surface. In winter it was too cold for the divers to hold their breath, so the summer season was intense. As Al Jassim says: 'if you want a pearl, take many oysters.' He explained that a lot depends on luck - you may open thousands of oysters and find nothing, then open a dozen and find six pearls. Any gems found were kept with the captain of the boat, until the trader visited to buy what had been found.

'God helps those who help themselves,' Al Jassim says. He became a captain in his twenties, and then a 'tawwash' or trader. He is known as the Pahlwan, or strong man, a testament to his years as a champion body builder (that is a photograph of him in his prime, hung behind the till in his store). His years in the pearling industry were followed by twenty eight years with the Qatari police, where he was a major. Al Jassim still likes nothing more than to go to the sea and dive, but now he uses scuba gear.

Natural pearls had their heyday in the nineteenth century as the great jewellery houses of Europe sought the rare gems. As affordable cultured pearls found favour, the industry declined, and Qatari pearls are now rarer and more valuable than ever. Al Jassim showed a delicate bracelet of natural pearls worth thousands of riyals. But perhaps the old pearl diver is as much of a national treasure as the pearls themselves.


A Pearl Museum is planned for Doha, and a recent exhibition curated by Qatar's Museum Authority and the V&A, London, highlighted the finest natural and cultured pearl jewellery. The exhibition toured Japan, London and Brazil, and a beautifully illustrated book 'Pearls' by Hubert Bari and David Lam explores the culture and value of the pearl.
Posted by Kate Lord Brown at 00:30

I am - or was! - a recreational scuba diver. And I have long been fascinated by the pearl industry. I was going to write a TV mini-series based on the pearl diving industry up around Broome in the Kimberley region of Western Australia. I had not known about the Qatari involvement in the industry. This is a fascinating post, Kate, thank you. I do hope they build the museum.

Thank you - plans are underway for the museum, and I think the touring show has been to the V&A and Brazil so far. It's a tough life (and a fascinating subject for a TV series)

The colours are amazing! I'd no idea!