Katherine of Aragon: The True Queen? by Alison Weir


Our April guest is Alison Weir, a prolific historian and novelist. We welcome her warmly to The History Girls. 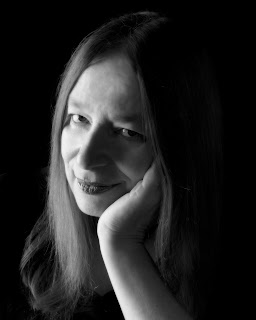 Alison Weir is the top-selling female historian (and the fifth best-selling historian overall) in the United Kingdom, and has sold over 2.7 million books worldwide. She has published seventeen history books, including The Six Wives of Henry VIII, The Princes in the Tower, Elizabeth the Queen, Eleanor of Aquitaine, Henry VIII: King and Court, Katherine Swynford, The Lady in the Tower and Elizabeth of York. Alison has also published five historical novels, including Innocent Traitor and The Lady Elizabeth. Her latest biography is The Lost Tudor Princess, about Margaret Douglas, Countess of Lennox. She is soon to publish Katherine of Aragon: The True Queen, the first in a series of novels about the wives of Henry VIII. She is a Fellow of the Royal Society of Arts and Sciences and an Honorary Life Patron of Historic Royal Palaces, and is married with two adult children.
http://www.alisonweir.org.uk


Katherine of Aragon was the first of Henry VIII’s celebrated wives, but he was not her first husband. In 1501, at sixteen, she had been married to his elder brother, Arthur Tudor, Prince of Wales, who was nine months younger. The marriage lasted just six months, and the young couple shared a bed on only six or seven occasions, because Arthur was dying.

Katherine’s physician, Dr Alcaraz, later explained that she had emerged from her marriage a virgin because ‘the Prince had been denied the strength necessary to know a woman, as if he was a cold piece of stone, because he was in the final stages of phthisis [consumption]. [Alcaraz] said his limbs were weak and that he had never seen a man whose legs and other bits of his body were so thin.’ In this period tuberculosis was common and Dr Alcaraz would easily have recognised it, so his diagnosis is almost certainly reliable.

It has often been asserted that the traditional view of Arthur being sickly from birth is incorrect, but the historical evidence would appear to support it. Arthur had been a premature baby, born at eight months, and the accounts of the bishops of Winchester for 1486-7 show that his nursery household was established for at least the first six months of his life at Farnham, Surrey, not far from Winchester, where he was born. This was probably because he was weak and needed careful nursing until he was strong enough to be moved elsewhere.

There is no evidence to suggest that Arthur experienced the learning difficulties that can affect premature children, but new research, based on a study of a million births, shows that prematurity can have consequences into adulthood, and that such children have an increased risk of dying in late childhood compared with babies delivered at full term; in late childhood, boys in particular have a seven-fold increased risk of dying. That may not impact greatly on today’s low mortality rates, but it would have had serious implications five hundred years ago. Thus it is likely that Arthur had a lifetime risk of poor health because he was premature.

In the summer of 1500, his father, Henry VII, expressed concern about Arthur and Katherine living together, because of Arthur’s weak constitution. The King was then in favour of them consummating the marriage but living apart thereafter until Arthur was older. In 1497 Katherine’s brother, the Infante Juan, had died at nineteen – disastrously for the Spanish succession. The cause was perhaps tuberculosis, but it was generally held that over-indulgence in the marriage bed had proved fatal, which no doubt informed Henry VII’s decision.

(The above portrait, supposedly of Katherine during her first marraige, is now thought to be based on one of the first Mary Tudor, Henry Vlll's younger sister)

Katherine remained a widow for seven years, until Arthur’s brother succeeded to the throne as Henry VIII and married her. Some churchmen feared that the marriage was uncanonical and forbidden by Scripture. The Book of Leviticus warned: 'If a man shall take his brother's wife, it is an impurity: he hath uncovered his brother's nakedness; they shall be childless.' But Katherine’s duenna had been adamant that the couple had not had intercourse, and her mother, Queen Isabella had informed Henry VII that her daughter remained a virgin. The Pope had accordingly issued a dispensation for the marriage.

Years later, when it became clear that Katherine would never bear him a son, and he was pursuing Anne Boleyn, Henry VIII began to have doubts that his marriage was lawful. He had even discovered that, in the original Hebrew, Leviticus warned that a man would be without sons, rather than childless. But Katherine swore publicly that she had come to him ‘a true maid, without touch of man’, but he was determined to divorce her. To achieve that, he wrangled with an unaccommodating Pope for seven years, and in the process severed the English Church from Rome, establishing himself as Supreme Head of the Church of England and bringing about the Reformation. Through all this, Katherine remained adamant that she was the King’s true wife, and to defend her position she was prepared to endure exile from court, house arrest and separation from her beloved daughter, the future Mary I.

In 1533 Thomas Cranmer, Henry’s new Archbishop of Canterbury, declared the union of Henry and Katherine incestuous and unlawful, and confirmed Henry’s marriage to Anne Boleyn. Still Katherine refused to be called by any title other than queen, and she was vindicated in 1534, when, at long last, the Pope ruled that her marriage to Henry was valid. But it was too late. Henry refused to take her back. She died in 1536, signing herself to the last ‘Katherine the Queen’. 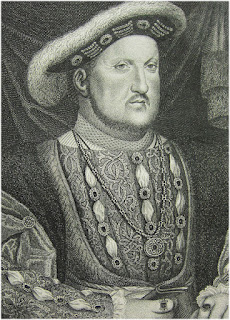 So was she the true Queen of England? The new evidence we now have shows that it is highly unlikely that her marriage to Arthur was consummated. That being the case, Henry had never gone so far as to ‘uncover his brother’s nakedness’.

Furthermore, there was a counterweight to Leviticus in the Book of Deuteronomy: ‘Where brethren dwell together, and one of them dieth without children, the wife of the deceased shall not marry to another; but his brother shall take her, and raise up seed to his brother.’ These conflicting texts were the subject of much debate at the time, but for all Henry’s arguments that Deueteronomy did not apply to Christians, passages in Genesis, Ruth and Matthew give weight to it, showing that it was customary in Biblical times, and seen as ordained by God, for a man to marry his brother’s childless widow. Even Joseph, the earthly father of Jesus, was the offspring of such a union.

This was not incompatible with the ban in Leviticus, which did not apply when the brother had died childless, as Arthur had; and this was understood by many theologians, notably Juan Luis Vives and John Fisher, Bishop of Rochester, two of Katherine’s great champions. Thus Henry’s argument was flawed, whether Katherine’s marriage to Arthur had been consummated or not. 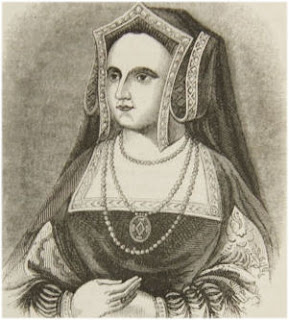 Even so, that marriage had created an affinity, or close kinship, between Katherine and Henry, which constituted an impediment to their marriage, by virtue of the fact that she had become his sister. This was why Henry claimed his marriage to her was incestuous. However, such an impediment was not seen as contravening divine law, so the Pope could very properly issue a dispensation. Henry challenged this, insisting that his marriage was prohibited under divine law, in Scripture rather than by canon law, but there were many precedents, and the King’s interpretation of Leviticus, as we have seen, did not stand up to close scrutiny. It was Henry who insisted that Leviticus applied to a marriage that had been consummated, erroneously concentrating the whole focus of the case on what had actually passed between Katherine and Arthur in their marriage bed.

The conclusion is inescapable: the grounds put forward by Henry VIII to secure an annulment were baseless and weak, the marriage was valid, and Katherine was the true Queen of England. 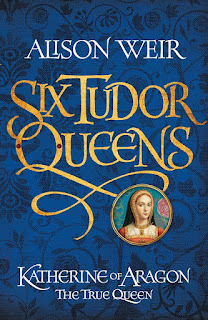 Thank You for a very interesting article. I am very happy to have found this blog and look forward to reading more.

I always love reading about Catherine, especially her early years - thank you!

Very interesting: I guess what it demonstrates is that in politics, conscience is normally the servant of policy.