As readers of this blog know, I'm a big fan of the National Trust and often post here about places I have visited. Usually, I know about these places by reputation, but when I was staying with friends in Evesham this summer, they took me to a place of extraordinary beauty and interest of which I'd never heard.  This is Croome Court, home to the Earl of Coventry since the days of Capability Brown (who landscaped the grounds and designed the mansion) and Robert Adam (who was responsible for some of the interiors.) 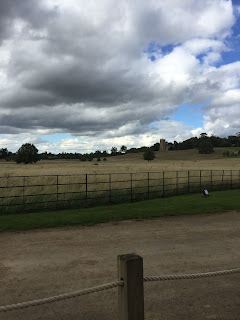 There is much to do when  you're at Croome Court. We arrived at lunchtime and we ate under canvas in as close a replica of a war time RAF station canteen as I've ever seen. During the Second World War, Croome was the location of the secret airbase of RAF Defford and there's a museum you can look around, too. 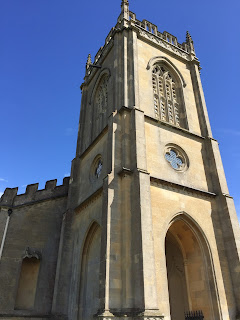 Also in the grounds, and on the mile-long walk to the Rotunda, you can visit the most beautiful deconsecrated church. This is the church of Mary Magdalene. The photo above shows the front and below is the interior,  designed by Robert Adam, but the view I like best is 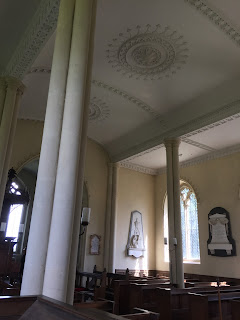 this one: of the view over the surrounding landscape. 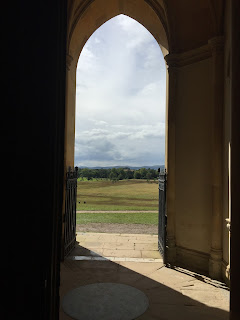 As readers of my posts know, I'm partial to a historic, restored garden. I wrote about Copped Hall last year and that's a very good example of one. There's another fantastic garden here, at Croome Court, originally laid out by Capability Brown, and the first thing I am going to do is put up a link to the Birmingham Mail which has a wonderful picture gallery of the place. There's a mistake in a few of the captions...they say '16th Century' when they mean '20th' but that's just a typo. Do go and have a look. 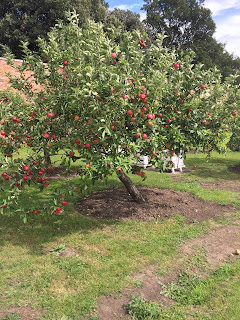 The apples and plums were heavy on the trees in the little orchard which you see when you first come into the garden. I get a real thrill seeing fruit growing on trees, and I'm so much not a gardener that when I see things burgeoning in greenhouses I'm just gobsmacked. This red pepper, for instance, shown below, was ENORMOUS....and there were aubergines, melons, chillis in the greenhouse too, all looking much healthier and bigger than examples I've seen in many shops. 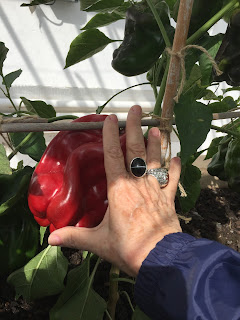 This is a link which will give anyone interested all the relevant details about the garden and the restoration work. What I liked on the hot day when we visited, was the free cakes (home baked, and delicious) that visitors were offered. They were served in a tent, with a free cup of tea, too, and looking out over this place, coming to life again after years of neglect, I felt I was in a kind of paradise. I completely agree with Henry James, who said Summer Afternoons were the best words in the English Language. This summer afternoon was perfect in every way.

Two views of Croome Court to end with: a field and a tree straight out of Arthur Packham. If you get a chance to visit this place, do seize it. You won't regret it. 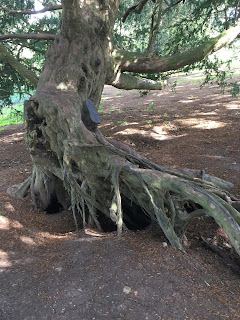 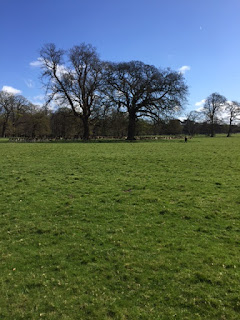 Thank you for a wonderful article with great pictures!

Thank you for your lovely comments about Croome. It looks like you had perfect weather to enjoy the parkland. Hope you can visit us again soon. Tracey, National Trust Croome.

I'm a huge National Trust fan too. Would love to visit Croome. Please keep giving us these reports, Adele. I love reading them.