This September, I gave a keynote at the annual conference of the European Philosophical Society for the Study of Emotions (EPSS), held in Madrid. It was my first time to Madrid, and also my first time to a philosophy conference, and both experiences were ones to remember.

I talked about loneliness and how we trace its history and meanings, across time and in different cultures. My talk was from a book I am writing on loneliness in the modern age - why so many of us are lonely when we are, in many ways, more connected than ever. And why studies say that Britain is one of the loneliest countries in Europe. (Soon to be lonelier, when Brexit takes hold.) In Madrid, I noted how different Spanish and British attitudes towards loneliness are, with Spanish people seeming to invest more in ‘neighbourliness’ than is the case in Britain. Yet as Olivia Laing writes in her study of The Lonely City, modernity has brought loneliness to many people, as suggested by the urban landscapes of Edward Hopper.

Some of the conference themes were universal, including worries about the relationship between feeling and expression, and the fear of being misunderstood. When we compose an email to a lover, a boss, a friend, how often do we agonise over what we really want to say, and what we worry they might hear?  We find the same uncertainty in a range of historical sources, including early modern love letters: the hesitating pen of the suitor, the formulaic declaration of love that is followed by the coy reticence of the intended. I have spent many months in record offices, analysing love letters used in 17th century court cases, usually submitted by women who claimed they had married their beloved, and rejected by men who denied any ceremony had taken place. 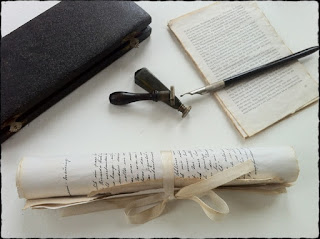 Romantic communication is like a duet, each of the players taking their part, contributing to the harmony of the whole. The role of music in bridging the gap between feeling and communication was central to several conference papers, and is a growing theme in the history of emotions too. Music speaks to the body rather than the mind. And it has a range of different effects.  Put on a CD or flip through Spotify, find a favourite piece of rock music and experience what happens to your body. A raised heartbeat perhaps, a sense of urgency; it is unsurprising that people lift heavier weights, run further, when the rhythm of the music flushes through their system like testosterone. Compare this to a classical piece, and the calming waves that decrease our heartrate and make us breathe more slowly.

Emotions, like music, involve the body as well as the mind. Trying to invoke those experiences in prose, poem, song or art, raises challenges for the creator as well as the listener. During my visit to Madrid’s famous art galleries, I thought about these challenges, and the ways emotion crosses over between the pictorial and the physical, merging the intent of the artist with the interpretation of the beholder.

Painting is filled with the physicality of the artist, in the stroke of the brush, the thickness of the paint, the movement of the arm, the synergy between what is in the mind of the artist and what appears on the canvas. Consider The Great Masturbator, one of Salvador Dali’s early masterpieces. Dali completed the painting in 1929 and it was bequeathed to Spain in 1989. Now it hangs alongside a wonderful collection of surrealist art at the Museo Nacional Centro de Arte Reina Sofia in Madrid. For 26 euros you can buy a Paseo del Arte Card that allows you to visit the Museo Reina Sofia as well as the Museo Thyssen-Bornemisza and the Museo Nacional del Prado.

Let us return to The Great Masturbator, this large oil painting that is instantly recognisable, with its melting lines and figures and faces. The emotional turmoil of the canvas practically leaps out of the canvas; a dream-world full of inner battles. The face that dominates the painting is said to be a self-portrait of the artist, his eyes closed in contemplation of the female figure, perhaps, that rises from the face. She is believed to represent Dali’s great love, Gala, a woman of Russian descent who was married to the French surrealist poet Paul Éluard when she and Dali embarked on a relationship. Gala appeared in many paintings, including The Discovery of America by Christopher Columbus (1959).

Amongst the other treasures of the gallery is Guernica - Picasso’s vast black and white response of the bombing of a Basque Country village in Northern Spain by Nazi Germany and Fascist Italian warplanes, in which most of those killed were women and children. Having seen Guernica in print many times, it was still extraordinary to see the work close up. The crowds that were gathered around it testify to its status as one of the most moving, mesmerising anti-war murals of all time.

After Guernica, to the Museo del Prado, which offered more and more unexpected treasures: Rubens, Durer, Goya and Bosch. There I saw the glorious Garden of Earthly Delights  a modern title given to a triptych by the Early Netherlandish master Hieronymus Bosch. It dates between 1490 and 1510, and was painted as a warning against fleshly desires  in a world still ruled by fear of the afterlife. The painting always takes me back to my childhood, when I rifled through my father’s art books, horrified and entranced by the upside down world of debauchery and excess.

The left panel depicts Eden, the middle panel, a world of earthly delights and the right a surreal version of hell, in which participants of pleasure must pay for their sins. It was the bizarre and tumultuous cruelty of the final panel that stunned me as a child, and as an adult: the ‘Tree Man’ whose truncated torso seemed to be formed of a broken egg-shell, interrupted only by arms like tree trunks. Beside him, a bird-headed monster swallows a naked man whole, defecating bodies into a pit of trapped faces while animals torture people. The spectacular scene of hell and damnation reads like a contorted allegory of the Seven Deadly Sins.

After the galleries, my friend and I walked down the Gran Via (or ‘Great Way’), an upscale shopping street that leads from Calle de Alcalá, close to Plaza de Cibeles, to Plaza de España. This street is a showcase of early 20th century architecture from Vienna Secession to Art Deco, with buildings like the Metropolis Building (1911), topped with the mythical Phoenix.


Finally, we walked to the Plaza Mayor (built during Philip III’s reign (1598 – 1621), where we drank Spanish wine, talked late into the night and ate tapas. I concluded, as the sun set, that Madrid is the perfect place to experience history, and a difficult place to feel lonely.

What a fascinating post. I am so glad that an expert on loneliness had such a pleasantly sociable evening.