Women of the Revolution by Alan Gibbons

Our guest for October is History Boy Alan Gibbons. October 2017 is a significant date in modern history and Alan has found a way of showing the role of women at that momentous time.
Alan Gibbons is a full-time writer. Born in 1953, Alan has written some seventy children’s and Young Adult books. The Revolution Trilogy is his first attempt at adult fiction. Winner of the Blue Peter Book Award “The Book I Couldn’t Put Down” and seventeen other awards, Alan has also been shortlisted twice for the Carnegie Medal. An honorary member of the librarians’ professional body CILIP and recipient of the Frank Jarvis Award for services to education, Alan has visited two thousand schools in the UK and overseas. He lives in Liverpool with his family.

We have male guest authors quite rarely so welcome to Alan.


Few events in history have divided opinion like the Russian Revolution. It reinforced enmities between the political Left and Right. People took sides when a savage Civil War erupted in early 1918, much of the Labour movement instinctively supporting the Red armies, most of the political establishment favouring the Whites. US, French, British and Japanese forces were just some of the interventionist armies that put boots on Russian soil. This wasn’t the only split. It also divided the Labour movement itself, parties of the Left suffering a dramatic schism between social democracy and communism. Anyone who remotely flirted with the radical Left prior to the collapse of Stalinism in the late 1980s and early 1990s will have been told to ‘go back to Russia’ more than once.


Now, I am a writer, mainly of Young Adult fiction, who has roots in the political Left, so I have done a lot of recreational reading about Russia over the years, from the Marxist tradition and its opponents, Lenin, Trotsky, Isaac Deutscher, Victor Serge, Paul Avrich, Orlando Figes, Robert Service and many others. I have enjoyed literature from the period of the revolution: Isaac Babel, Mikhail Bulgakov, Victor Serge again, Boris Pasternak and Alexander Solzhenitsyn. As the anniversary of the Russian Revolution approached, I fully expected an outpouring of fiction set against the Russian Revolution, only it didn’t happen. Theresa Breslin has a new novel, The Rasputin Dagger, but there hasn’t been much else.

I was in Moscow last year. Not only was there little sign of any commemoration of the two revolutions in 1917, in February and October, there seemed to be genuine ignorance of the events. People knew about the ‘Great Patriotic War’, many Russians’ name for the country’s involvement in World War Two from 1941 to 1945. Some described the revolution to me as ‘the great catastrophe.’ It was much the same in the UK. There was an exhibition at the British Library, but little else. As time went by, I thought, surely there has got to be something. There wasn’t. That was it, I made a last-minute decision to write something myself. That something is the Revolution Trilogy. The first book Winds of October has just been published. The second and third volumes, Reason in Revolt and Spurn the Dust come out next year. The big publishing houses didn’t seem interested so I am publishing the trilogy with a small publisher, Circaidy Gregory.

I have ironically sub-titled my book "Ten Days that Didn’t Shake the World," referencing Jack Reed’s eye-witness account of the revolutionary events. Yes, I wrote Winds of October at breakneck pace in ten days this summer, eight thousand words a day. That may seem rather eccentric. So, to some, will be my approach to the novel. Much of the iconography of the revolution is male. The main players always seemed to be men: Lenin, Trotsky, Stalin, Kerensky, Kornilov, Makhno, Zinoviev, Kolchak. I became increasingly interested in the other narrative of the revolution, that of the women. After all, it was the women workers of the Vyborg district in Petrograd who came out to demonstrate on International Women’s Day and initiated the first revolution. Once I had my ‘hook’, I started to investigate.
There were so many tales to tell. There were the women revolutionaries, the Bolsheviks such as Alexandra Kollontai and Larissa Reissner. The Socialist Revolutionaries such as Maria Spiridonova and Fanny Kaplan. Then there were figures such as Maria Bochkareva, commander of the Women’s Battalion of Death. From England came suffragette leader Emmeline Pankhurst and her working class colleague, Jessie Kenney. There were so many angles.

My cast of characters formed. There is the student-revolutionary Kolya who becomes a member of the Cheka, the feared state police and Pavel, the Red Army commander, but it is the women who are the heart of the book, Svetlana, the factory worker and committed Bolshevik, Elena her niece, but most of all Raisa. I found her story in the tragedy of Russia’s street children, the besprizorny. By 1920 there were seven million of these ‘unattended’ children. Their parents were either dead or had abandoned their children in desperation. Raisa becomes a child prostitute, but a fortuitous event gives her a chance to escape life in a filthy brothel. The February revolution finally offers her a glimpse of a different, better world and she makes her escape, becoming a committed Bolshevik and falling in love with another woman.

The trilogy follows these core characters through the hope, conflict and tragedy of the years 1917-1921. War, revolution, conflict and betrayal seem to me the stuff of historical fiction, but there is another subject that seems to go to the very heart of this strand of the genre, and that is disillusion, of hope lost and aspiration betrayed. The anniversary of the Russian Revolution may pass relatively unmarked because of the grotesque distortion of revolutionary hope represented by Stalinism, but I will have offered my own, modest account of those years, seen through the eyes of my characters. I hope it may be something of an antidote to the more distorted image of those years presented in the corporate media. 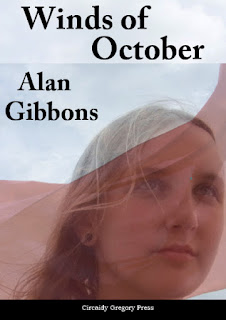 (All black and white images from Wikimedia Commons)

Interesting to hear how little is being published for young people about this important historical anniversary. I have read The Rasputin Dagger and intend to pass it on to young relatives but I'll look out for your titles too. Thank you

Your determination to write about this period is inspiring, Alan. I'd definitely like to read this.

Nice, I must remember that. Far better than "I'm Marxist...", and watch the room scatter at the dinner parties and cocktail evenings.