Last month I spent a few days in a state of near bliss, drifting around Lake Como in boats and swimming in the clean waters, overlooked by the foothills of the alps, pretty ochre, pink and yellow villages, lovely gardens and the villas of billionaires. This lake, which Shelley wrote,  "exceeds anything I ever beheld in beauty, with the exception of the Arbutus Islands in Killarney,” is also the place where the Second World War ended for Italians. As new right wing politicians come to power in Italy it feels urgent to consider this period. Whereas the last months of Hitler are a familiar story, the downfall of Mussolini is not so well known.

In the evenings I read Iris Origo’s War in Val d’Orcia, a reminder that Italy wasn’t always so peaceful. She kept this diary while she and her husband opened their house in Tuscany to refugees and partisans fighting the fascists. It’s a fascinating book because, like the characters in historical novels - like all of us - she doesn’t know what’s going to happen next. Here are a few extracts from Origo’s remarkable wartime diary: 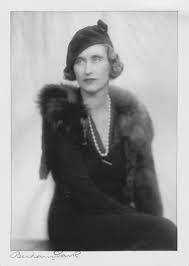 July 26th 1943. The long-expected news has come at last: Mussolini (who had been in power since 1922) has fallen. The news was given by radio last night but we did not hear it until this morning. Mussolini has resigned, The King has appointed Marshal Badoglio in his place and has himself taken over the command of the Army.

On July 28th, she writes that in Rome:” A great crowd of working people from all the outlying quarters surged into the city and made its way to the Quirinale (the Presidential Palace), …they broke into all the offices and club rooms of the Fascio, destroyed every bust and statue of Mussolini, set fire to (the offices of newspapers that had supported Mussolini)….Similar demonstrations took place in Milan, Turin, Bologna and Florence.”

As the news spread down a train that an armistice had been signed, ”flags and carpets were hanging from the windows; at Florence the great bell of the Bargello had been rung; people were weeping for joy and embracing each other. But after half an hour the rumour was contradicted and the excited and disappointed crowd had to be dispersed by the police.”

By December 23rd:” Of Mussolini no one now speaks and it is said that he himself, on being asked to make a speech on the wireless on October 28th, said: What can a dead man say to a nation of corpses?”

Mussolini was imprisoned at an hotel in Italy's Gran Sasso massif, high in the Apennines . On 12 September 1943 he was daringly rescued by SS troopers, who landed a dozen gliders on the mountain and overwhelmed Mussolini's captors. The SS leader, Otto Skorzeny, greeted Mussolini with "Duce, the Führer has sent me to set you free.” Mussolini replied, "I knew that my friend would not forsake me!" 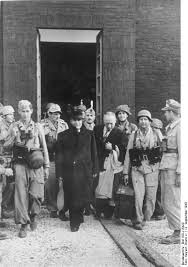 Mussolini was then made leader of the Italian Social Republic  usually known as the Republic of Salò, a German puppet state which lasted for nineteen months. Although he declared that Rome  was its capital, the tiny state was in fact based in Salo,  a small town on Lake Garda where Mussolini and the Ministry of Foreign Affairs had their headquarters. They had nominal sovereignty in Northern and Central Italy but depended on German troops to maintain control. Only Germany and Japan gave them diplomatic recognition and there was no constitution or organised economy - Salo’s finances depended entirely on funding from Berlin.

On 25 April 1945 Mussolini's fascist republic collapsed.  In Italy this day is known as Liberation Day. A general partisan uprising, together with the efforts of Allied forces, ousted the Germans from Italy. 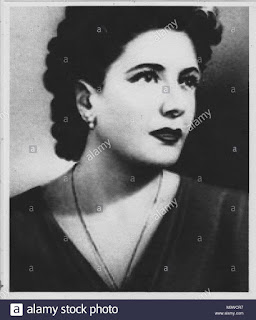 Mussolini had left both his wife, Rachele, and his mistress, Clara Petacci, behind in Milan. But Petacci could not live without her Duce and she joined him in Como. She was 33 and Mussolini was 63. As the allies got closer, she and Mussolini went into hiding in nearby Gardone Riviera at the Villa Fiordaliso (now a very expensive Relais & Chateaux hotel). Mussolini, La Petacci and other fleeing fascists were heading for the Swiss border at the northern end of Lake Como. Mussolini was wearing sunglasses and had disguised himself as a German corporal. In the village of Dongo Mussolini’s convoy ran into a roadblock manned by partisans, one of whom recognised Mussolini’s profile from the thousands of propaganda posters that had been plastered on walls all over Italy for the last twenty years.

On 28 April, two days before Hitler committed suicide in Berlin, the partisans shot Mussolini and Petacci in Giulino di Mezzegra, a tiny village in the mountains above Lake Como. Their corpses were driven to Milan and dumped in Piazzale Loreto. A huge angry crowd gathered to defile their corpses, which were strung upside down from the metal girders of a petrol station, beaten, shot at and hit with hammers. 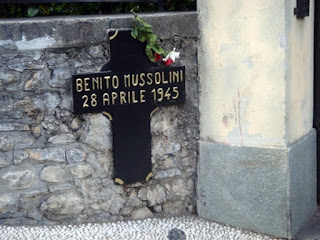 This black cross marks the spot where Mussolini and Petacci were killed and in Dongo you can visit the End of WWII Museum. Mussolini was buried in an unmarked grave then, in 1946, his body was dug up and stolen by fascist supporters. Four months later it was recovered and hidden for the next eleven years. In 1957 his remains were allowed to be interred in the Mussolini family crypt in Predappio. His tomb has become a place of pilgrimage and every April the anniversary of his death is marked by neo-fascist rallies.

Since the war this official version of Mussolini's death has been questioned in Italy, rather like Kennedy’s assassination. Amongst the many conspiracy theories is one about Churchill: that he was desperate to get hold of letters from him that Mussolini was carrying in which Churchill is said to have made all sorts of embarrassing offers to keep Mussolini out of the war.

I was living in Italy in 1975 when Pasolini, the Marxist film director, poet and intellectual, made a film called Salò, or the 120 Days of Sodom. Set in Fascist Italy in 1944, Pasolini’s film is based on the Marquis de Sade’s novel, 120 Days Of Sodom. I’ve never had the stomach to watch this film, which is still controversial and is banned in several countries (not that there is any point in banning a film in the age of the internet). Pasolini explores political corruption: four wealthy fascist libertines kidnap eighteen teenage boys and girls and subject them to four months of extreme violence, sadism, sexual and mental torture before finally killing them. Before the film was released Pasolini himself was murdered and I vividly remember the sensation this caused.

It has often been said that Berlusconi (one of several billionaires who now own magnificent villas on Lake Como) has modeled himself on Mussolini - with considerable success. It is impossible to spend much time in Italy without becoming aware that Mussolini is still an important figure. His granddaughter, Alessandra Mussolini, is a member of the Italian Senate. She was elected for a party called The People of Freedom, launched by Berlusconi in 2007, which later became part of  Forza Italia (this can be translated as ‘Let's Go, Italy’). Matteo Salvini, who is now Italy’s Interior Minister, was previously in coalition with Berlusconi. Salvini’s political allies include Steve Bannon, Nigel Farage, Marine Le Pen in France and Victor Orban in Hungary. A few weeks ago Salvini forced the Aquarius, an NGO ship carrying 600 migrants,to divert from Italy to Spain. The President of Italy’s Union of Jewish Communities, Noemi di Segni, said this was reminiscent of Mussolini’s fascist race laws. Salvini has called for a new census of Roma and for all non-Italian Roma to be expelled from the country. 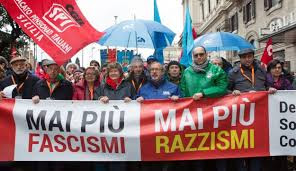 I have to admit, the only part of this I knew before was the bit about the bodies hung upside down. When I was in Year 11, we had a history teacher who remembered those huge pictures of Mussolini all over the place and said she had a terrible urge to scribble moustache and glasses on them. I suppose the fact that she was alive to tell the tale meant she had resisted that urge. Ironic, though, that his ego was what got him caught.

It sounds as if your history teacher had an interesting tale to tell about her childhood. In Italy in the 1920s all children had to wear a uniform and adore Mussolini - rather like the Hitler Youth movement.