Where are the Women? by Sara Sheridan

Welcome Sara to the History Girls!

Where are the Women?


At the end of last year I visited Val McDermid’s brilliant light installation ‘treasure hunt’ around Edinburgh as part of the city’s legendary Hogmanay festival. Val highlighted the city’s literary history though not the one generally promoted by the tourist industry – she chose to focus on inspirational stories of writing success – female successes. Edinburgh has a long tradition of writers and Sir Walter Scott and Robert Louis Stevenson head a band of worthies constantly touted to the public but the city’s women enjoyed writing success just as much as the men. Stevenson’s second cousin, DE Stevenson, sold 7 million copies of her light novels at the turn of the century. Scott declared the city’s Susan Ferrier a better novelist than he was (a comment which incensed Jane Austen.)

Then of course, there is Muriel Spark whose centenary is being celebrated this year and whose decades-long, glittering literary career up until this point, has scarcely been included in the city’s honour role of writers. There are more – Catherine Sinclair, a phenomenally successful, Victorian, children’s writer, for example – consigned to history.

This isn’t a new story and certainly isn’t a phenomenon confined to the writing industry. Across the UK only 15% of statues represent women and most of these are in memory of Queen Victoria. This stretches into the archive with female material often lost because it simply wasn’t thought important enough to preserve either by the principal’s family or by archivists and historians. From early in my writing career I was fascinated by the whispers I found of women among the papers and every historical novel I’ve written is in some measure an attempt to commemorate our female history whether I do that using real characters or fictional ones.

Over the last couple of years I decided to extend my commemoration activities and I co-founded a perfume company, REEK. We sell two scents – one dedicated to the memory of the Jacobite women and one to the witches - and we have more planned for next year. We also run a feminist blog, Bitches Unite, highlighting female history, talking to activists and campaigners and providing a platform to challenge beauty industry norms. The big question is why are so many campaigns fronted by young, size 6-8 white women? This is a question for our times and is something we don’t do at REEK. We feature a wide variety of women - our oldest model is in her 80s - and every picture we take remains unretouched. Our bitches, we always say, are beautiful just as they are. As a result in its first year REEK has been featured in Vogue, Harpers Bazaar, Elle and Grazia – many of the larger fashion magazines. But the core question we’re asking largely remains unanswered. I figure as we continue to knock at that door, at least we’re making everyone smell good and reminding them of phenomenal women from the past. We shouldn’t forget our sheroes. We shouldn’t be forgotten ourselves. 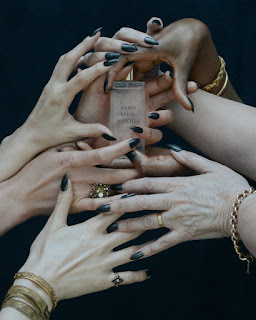 Meantime in my writing life, I continue to find female stories that fascinate me. Working in the archive is like mining – sometimes you turn up a diamond. The women of WW2 provide many sparkling moments. When I started to write the Mirabelle Bevan Mysteries I knew about Florence Szabo and some of the more famous resistance fighters. As time has gone on I’ve discovered more – not only the everyday heroism of the women left behind but also the shocking fact that our gender is seldom commemorated on war memorials. This seems particularly awful to me. While men killed even in training feature, female nurses and doctors are not included even though they gave their lives in the services of our country, often at or near the front. I like to think that the stories I write don’t scream this kind of sentiment but say ‘come down here – here’s a great story – oh, look, a post-modern feminist dilemma. Well, we’re here now.’ Still, the function of story is to promote imaginative thought, to entertain, to question and like many historical novelists I’m fascinated by where we come from. Especially if we can use it as a signpost to change where we are going. 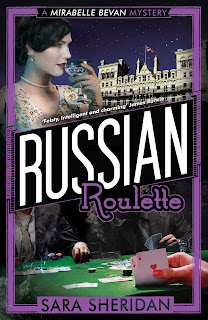