Industrial Revolution - how I came to love history 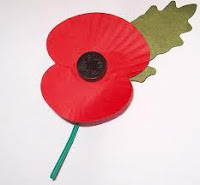 Today is my birthday. Hurray. Yes, three cheers! But that said, my birthday was the first thing that turned me off history. It was marred by the fact that it fell on Armistice Day and made me feel unbelievably miserable. From the time I was five, the school assemblies on my birthday were filled with prayers and images of the dead of two World Wars. I was very cross about it. Everybody made such a song and dance about the past while I wanted to concentrate on the present. By the age of eleven, I had come to the conclusion that history was very dull and very boring indeed.

When I went to grammar school, I had a second reason for disliking the subject. Our history teacher was Miss G – a read-page-ten-in- your-books-and-answer-the-questions type of teacher. These dinosaurs of the teaching profession must be extinct by now. I hope so. 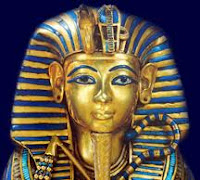 Of course, Miss G couldn’t take all the blame for my dislike of history. The curriculum must shoulder some responsibility. That first term at Grammar School covered Ancient Egypt but I don’t remember stories of Egyptian gods or the wonderful artefacts discovered by archaeologists. We studied agriculture on the shores of the Nile. Why I should care about methods of irrigation thousands of years ago? As I had never travelled more than fifty miles from home, Egypt might as well have been on Mars. After the Nile delta, we plodded through the Romans, returned to England with William the Conqueror and worked our way through kings and queens and wars with lots and lots of dates and nothing which sparked my imagination.

Was Miss G really so bad or was it me?

But when I was sixteen all that changed. Suddenly I got it. Suddenly I understood what my history lessons were all about because the subject on the curriculum was the Industrial Revolution. Let me explain. I was born and brought up in Rochdale in Lancashire where evidence of the Industrial Revolution was all around me. There was no doubt about it, I became excited. History was real. Now I understood why how the weavers’ cottages I knew so well, with their loom windows on the top floor, had been made redundant by the huge woollen mill that blocked out the light in our front room. I also learned that even our two up and two down had its own history. It was a part of four streets of terraced houses with back alleys and shared privies which had been built for mill workers, giving them only a short walk to and from the their place of employment.

This was doubtless done for economic rather than humanitarian reasons, most probably to ensure that both adults and children were never late for work. After incredibly long days of labour, it must have been so hard to get up in the morning. These houses were tied to the mill, meaning that employees couldn’t change jobs easily. Their wages were paid partly in tokens which could only be spent at the corner shop. Shrewd move on the part of the mill owners. No wonder they could afford to build grand houses on the outskirts of town. 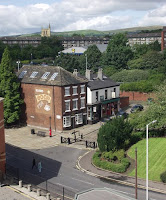 But I found signs in Rochdale of movements to improve the lot of ordinary people during the Industrial Revolution. For years, I had walked up Toad Lane to the Grammar School, passing a small shop without a glance. With my heightened interest in the period, I found that this very shop was the model for the modern co-ops we all know. The Rochdale Society of Equitable Pioneers was set up in 1844 by a group of weavers and artisans who opened the store to sell food at more affordable prices. Various groups had tried this in other parts of the country, but the shop in Toad Lane is believed to be the first successful co-operative.

If I walked home from school to save the bus fare, I passed a statue of John Bright without registering his name. Yet he was born in Rochdale, the son of a textile manufacturer, served in Gladstone’s cabinet and co-founded the Anti- Corn Law League. 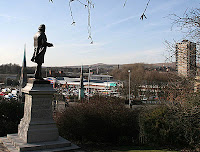 I was so interested that I went to the library and found out that the Corn Law was had a devastating effect on the price of the staple part of poor people’s diet – bread. And when I discovered that my own grandparents had travelled north to Rochdale when agricultural work was in short supply, I realised that living in the country wasn’t all roses round the door but meant no work and empty bellies. My grandmother believed that the grime and dirt of the town was better than going hungry in in the country.

So the past was becoming clearer. It was fitting together. At the grand old age of sixteen I had learned to love history through looking around my own town and at my own family. I had found a realistic way to the past.

Luckily, the teaching of history has change hugely. Young children start by investigating their family roots, by walking around their town, asking questions, drawing plans. They talk to their grandparents about life when they were small. Older people come into schools and talk about their early life. And so history begins where is should begin, with our surroundings and things we can understand. Things that are real. Then the children step back in time, further and further, knowing where they have come from.

Today is Armistice Day – the eleventh hour of the eleventh day of the eleventh month – when the First World War came to an end. I know more about it now than I did when I was ten. I shall think about those who died in that terrible conflict and say a prayer for them -but I shall also have a happy birthday. 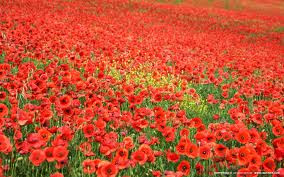 Posted by Barbara Mitchelhill at 09:05

A very interesting post. I was recently at the Joseph Arkwright mill in Cromford - the first factory, so it was said. And not far off is the viaduct over Monsall Dale, which horrified people when it was first built. It's interesting how these industrial monuments add to the landscape now, where once they were intrusions - and had such a huge effect on people's lives.

Lovely post Barbara. Isn't it fascinating how history moves from the general to the personal sometimes in unexpected ways? Your photograph of the poppies is stunning. Happy Birthday!

Lovely post Barbara. Isn't it fascinating how history moves from the general to the personal sometimes in unexpected ways? Your photograph of the poppies is stunning. Happy Birthday!

Happy Birthday! I am glad you came to a truce with history.

I wonder if in fact your grim teacher hated history too? Perhaps she really wanted to be a maths or a geography teacher? If a teacher finds no joy in her subject, she easily transmits the misery. I had a maths teacher like that for a while. Which is not the ONLY reason why I write history now.

Happy birthday and I love your story of how you came to love history.

Thank you all for your comments and for the birthday wishes. I'm (still) having a wonderful time as my birthday spreads over at least ten days.

Lovely to see Rochdale where my grandparents were born and where my great grandfather had a tobacconist's shop in nearby Whitworth. I lived in Whitworth until I was 6 years old, and myh parents had a shop in Toad Lane, which is now a conservation area I understand. But happy memories of my time there.
Margaret P

PS I would like to add that I also detested history at grammar school. I even 'dropped' it at the end of the 4th year (whatever that year is into day's parlance!) However, since then I have written for History Today, BBC History Magazine and now write about antiques and garden history. Can I remember anything of my history lessons at school? Hardly a thing, except the 'dates' of Elizabeth 1 (1558-1603) ... furthermore, periods in history meant nothing to me. If the women wore long dresses I had no idea if they were Victorian or Medieval. It was all simly time out of mind!
Margaret P

PPS Sorry to hog the comment column, but my late Uncle, Arthur Holden (he was a gorup manager for the CWS, retiring in the 1950s)when he was a child went to a small school at Greenbank which had been John Bright's home.
Margaret P

So Good post and i will follow you Blog and i hope to follow my blog Ancient Egyptian Gods and Goddess and see more about Min Egyptian God thanks a gain admin ,,,