This October, the builders of Britain have been issued a challenge by a new health minister, Jane Ellison: they are to shape up, pull up and stop displaying so much cheek, so to speak.  I had to chuckle: a kind of feminist revenge for years of wolf whistling perhaps on Ms Ellison's part?

However, with my History Girl's thinking cap on, it started me wondering about all those sins against posture and more serious ailments that have a profession attached to them.  What happens when the profession no longer exists as a big enough class to have its own illness?  The ailment travels on to find a new host, just like a virus.


Take housemaid's knee - proper name prepatella bursitis.  Wiki tells me it has also been known as nun's knee, coal miner's knee, carpet layer's knee etc etc.  I imagine the predominant term depends on who does what in your area.  I remember that term being used by my grandmother (born 1910).  She was not of the social status to have a maid herself but born in a time when there were plenty around to make it a recognisable tradition.  Mrs So-and-So down the road had 'housemaid's knee'.  We all understood she did not have to be a maid to get it, just to have a dodgy joint.  Go to the GP today and it would seem odd for her to say to you if you had sought advice for the same problem 'oh yes, you've housemaid's knee.'  The condition is moving on to attach to a new profession. 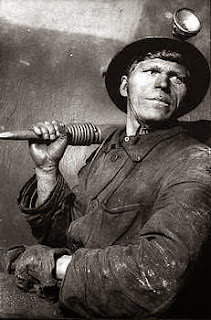 Poor old miners have lots of illnesses named after them.  Pneumoconiosis, miner's lung, is caused by inhaling particles.  This is also sometimes called Potter's rot when the stuff breathed in is silica.  Miner's white finger is caused by vibration from using power tools.  The list goes on. Googling the term, I was interested to find many personal injury firms advertising their services to take on claims.  Clearly there is still enough of a mining heritage in this country to make it a recognisable term but in another few decades, will that too have passed on to a new profession?  Will it become road menders finger or something like that? 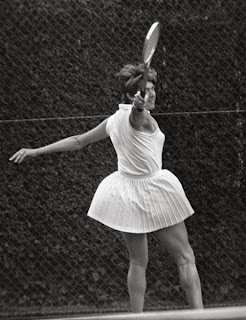 For the posher folks there is the refined tennis elbow (inflamed tendons) and golfer's knee (a twisting problem rather than a kneeling one so different from housemaid's).  Odd how illnesses come with social status attached.  Miss Joan Hunter Dunn might have tennis elbow but never miner's lung.

So when setting a novel back in the past, I think it perfectly fair to speculate what earlier times may have called their problems.  Did the Romans have charioteer's back?  Did the Greeks suffer from sculpture's lung?  Were castles of Europe manned by guys complaining of archer's elbow? If you have any real or imagined ailment to add, please do so below.  I've got a little list (note to self: add Executioner's wrist for Tudor stories).

I've spent much of my time with trench foot and shell shock recently so I am sure you know what I have been writing about. 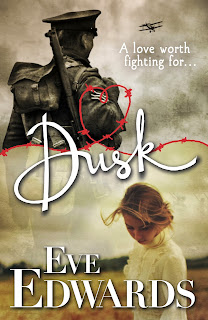 How about bell-ringers' throat, caused by shouting above the sound of loud bells ringing out in a badly-insulated chamber above the ringing room? (Guess where I'm off to in about five minutes!)

*grin* I know several ringers who have had problems with tennis Elbow from ringing.

We don't seem to have acquired any really modern professional ailments yet, do we? Call-centre worker's ear, maybe.