Elizabeth I’s Virginity, the Fate of the Princes in the Tower and Other Things We Know We Don’t Know in Historical Fiction – By Elizabeth Fremantle

It is rare that a definitive truth emerges from history, like that of Richard III’s remains, proving that he did indeed suffer from scoliosis. But he also suffered from Tudor propaganda that, through writers like More and Shakespeare, sought to depict him as monstrous. As sixteenth century beliefs regarded deformity as the Devil’s work a crooked shape must have been a convenient way to describe his inner wickedness.  But much recent fiction has attempted to rehabilitate Richard of York. Philippa Gregory in her Cousins’ War series is clear: Richard is the good guy (give or take a little ruthlessness) without even the slightest crookedness about the spine – the antithesis of Shakespeare’s black-hearted crookback. Gregory’s agenda is, I suppose, to articulate an opposing story to the one that has endured for five hundred years – the York story – as a way to illuminate the lives of the women of the period and her straight-backed Richard is an intrinsic part of this. Fiction gives us license to explore the possibilities thrown up by fragments in the historical record. But the king in the car park is an undeniable truth, creating a shift of knowledge, which perhaps works to devalue Gregory’s fictional perspective – make it seem incomplete or less based in truth. 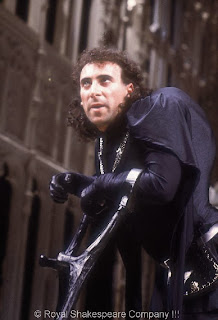 What Richard III’s bones cannot tell us though, is whether the princes in the tower died at his hand or by his order. This story is perhaps the most enduring of the historical mysteries and has been explored endlessly in fiction. Emma Darwin in the excellent A Secret Alchemy cleverly creates a fictional scheme wherein both the Richard III camp and the Lancastrians are equally culpable, whereas Gregory’s villain is unequivocally a Margaret Beaufort driven by a combination of blind ambition and religious fervour. But her story has a further complication, which leaves one son alive to reappear later as the pretender Perkin Warbeck. Weir however, in A Dangerous Inheritance, keeps us in the dark, something that Amazon reviewers found frustrating, as if somehow they were expecting a definitive truth to emerge from her fictional story. Even genetic tests on the boys’ suspected remains would not shed light on the murderer. We would however, learn where and at what age they died and whether one of them did survive to potentially return as Warbeck. 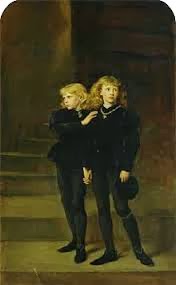 There are many truths we will never know. I have been asked surprisingly often whether the Virgin Queen was truly a virgin and I’m always surprised that people think I might know something that historians have not got to the bottom of in hundreds of years of poring through the historical record. Such a question was even posed during Elizabeth’s lifetime when rumour and scandal ran rife and many sought to discredit her by destroying her reputation. As she plays a large part in my Tudor trilogy, which covers her life from girlhood to old age I had to engage with the problem of how to convey an unknown in a convincing way in my fiction. Had Elizabeth been a central character I would have been compelled to take a position on the question of her love life, but as she inhabits the margins of my novels and is only seen through the eyes of other characters it was possible to show her from a perspective of partial view.

When, as a fourteen year old, and living in the household of the dowager Queen Katherine Parr, Elizabeth had something on the spectrum between a flirtation and a full blown affair with the man in the position of stepfather to her, Parr’s fourth husband Thomas Seymour. We know a certain amount about this ‘affair’ thanks to Elizabeth’s close companion and mother figure Katherine Astley’s testimony at Seymour’s subsequent treason trial. Astley describes in detail the mornings when Seymour would visit Elizabeth in her bedchamber in which a certain amount of slap and tickle took place, sufficient for Astley to have words with Seymour. It is also suggested that Parr joined in some of these ‘games,’ in particular a puzzling scene in which Parr is said to have held Elizabeth down while Seymour cut her dress into ‘a hundred pieces’. Finally we learn that Parr discovered Elizabeth and Seymour in ‘an embrace’, which precipitated the girl being sent away from the household. 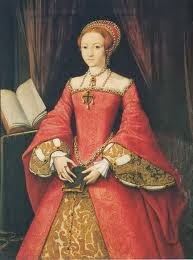 In describing this episode in Queen’s Gambit I chose to take the liberty of setting it in a bed with the guilty couple naked, but deliberately held back from showing the sexual act as I wanted to leave it up to the reader to decide what had really happened. The only evidence we have from the horse’s mouth, as it were, is in a reported conversation in which Elizabeth confesses to Jane Grey that she ‘lay with’ Seymour, another statement that remains open to interpretation by the reader.  Alison Weir, however, in The Lady Elizabeth trod an entirely different path, fully exploiting contemporary rumour, and depicting the Seymour affair as ending in a secret pregnancy. Interestingly, as Anna Whitelock points out in Elizabeth’s Bedfellows, Elizabeth left strict instructions that she was not to be disembowelled or examined after death, fuelling notions that she had something to hide, and most sources agree that her wishes were obeyed. I occasionally wonder whether, if some evidence should emerge of an early pregnancy, my own interpretation in Queen’s Gambit might seem incomplete. 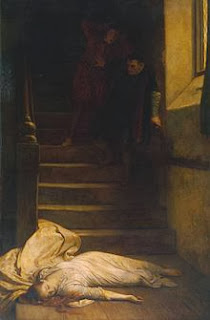 The death of Amy Robsart, who was discovered with a broken neck at the foot of a flight of steps in 1560, is another Elizabethan story riven with uncertainties: was it suicide, was it an accident, was it murder and, if so, by who’s hand? Fingers at the time pointed towards her husband, Elizabeth’s favourite, Leicester, who, people believed, had his sights set on marrying the Queen; but then all sorts of dreadful deeds were blamed on Leicester, who was deeply resented in court circles. A TV mini series has an ailing and beleaguered Emilia Fox, playing Amy Robsart, throwing herself into a stairwell – so suicide. In my second novel Sisters of Treason I have forwarded the possibility that perhaps it was the Queen’s loyal statesman William Cecil, Leicester’s enemy, who had the most to gain from Amy Robsart’s death – so perhaps murder. It is only a suggestion mind, and born of gossip and speculation amongst my characters, because I firmly believe that, though readers often hope for the satisfaction of finding the loose ends of history neatly tied, there is certainly a place for ambiguity in historical fiction.

Elizabeth Fremantle's novel Queen's Gambit, about Katherine Parr is out in hardback now and paperback early 2014. Sister's of Treason will be out in spring 2014.
Posted by Liz Fremantle at 10:00

Yes, indeed, and so frustrating, in many ways, that we shall never know. And yet, as novelists, we can look at the evidence available to us and decide what seems most likely - and then take the leap of the imagination into that scenario.
I do think, though, that in the Elizabeth/Seymour story there is a hint of child abuse, and that many writers - including Margaret Irwin, whose trilogy on Elizabeth I find hard to beat - have worked up the 'romance' aspect without considering this. Elizabeth was certainly a damaged and wounded child, and would have been prime prey for Seymour, even if he hadn't been hoping to marry her and get somewhere with her, politically.. I have never found him an attractive character, I must say.
Great blog!

Leslie, I agree - even this attitude may be an artifact of our own time and attitudes, but the dynamic with Seymour, and Elizabeth's youth at that time, do beg certain questions. She was clearly very astute from a young age, and mature, but I've known astute men and women both who were still abused when they were very young. And, indeed, Seymour doesn't come off as a romantic figure at all.

I'm glad that both the previous comments take a moment to question the traditional interpretation of the relationship between Elizabeth I and Seymour. I've always found that a really troubling bit of history because even in Elizabethan times, fourteen was usually considered too early for a girl to be having sex - even within marriage! - unless she was very physically mature.

The fact that Elizabeth went on to be queen seems to cast a shadow back on who she was as a child, as if she must always have had power and control, and therefore whatever happened between her and Seymour must have been at her instigation. But she was a mere girl in Parr's household and the fact that Parr seemed complicit in what happened to her, only putting an end to it (and banishing the young Elizabeth) when she found Seymour doing *something* to Elizabeth in her absence, reminds me uneasily of stories I've read about certain male abusers and the attitudes of their female accomplices...

I'd also just like to point out that many, many people who have scoliosis show no visible signs of this - so Richard might well have appeared just as straight-backed as Gregory paints him. Who knows?

Agree with Zoe...Richard III's scoliosis was probably well hidden by his clothing. Unlike kyphosis (which is a hunchback) the head and neck in scoliosis are not bent forward but are in a normal position. My own sister has this ailment and no one would know especially when viewed from the front. The first mentions of Richard's scoliosis are just of a slightly raised shoulder, which is a frequent side affect of scoliosis

I think that the issue of abuse, and whether it is an artefact of our own time, does raise an interesting question. In the early days of the late-twentieth-century feminist wave, we spent quite some time giving names to unhappinesses or attitudes which had no name, and yet they did make us unhappy, miserable even. Like internalised oppression which meant societally induced female self-hatred. The fact that certain feelings were not named or acknowledged at any given period of history may not mean that nobody felt them, just that nobody could express their unhappiness. As my tai chi teacher told me, about her childhood in Soviet-ruled Czechoslovakia, 'you didn't have the language to say that things could be different.' And yet she knew that things were hard and that she suffered (her father was discriminated against). I did find that sentence very useful, incidentally, to comprehend the character of Hanno in 'Last Train from Kummersdorf.'

What fascinating questions. I do love the factual cage of biography, the bars are very wide with plenty of space between for mystery, intrigue and interpretation.

Yes, scoliosis isn't necessarily visible. Someone at work mentioned she had it, much to my surprise. And I think Elizabeth and Robert were not so dumb as to murder his wife; when it happened, they had to stop seeing each other to avoid scandal.