Time and Tide and Buttered Eggs by Kate Lord Brown 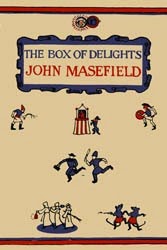 It is thirty years this year since the BBC adaptation of John Masefield's 'The Box of Delights' entranced a generation of school children. I remember racing home through the snow to sit beside the fire after school, completely bewitched by the magical special effects which brought paintings to life and turned boys into wild stags, fish and birds.

The sequel to 'The Midnight Folk' was published in 1935, and tells the tale of school boy Kay Harker returning to his aunt's house for the Christmas holidays. As discussed last month, this is another classic children's tale where the care of a maiden aunt and absent parents opens the door to freedom and adventure. Aided by 'those blessed Jones'', Kay helps Punch and Judy man Cole Hawlings protect a magic box from Abner Brown and his band of scoundrels. It is a tale that sweeps back to Pagan times, populated by magical characters like Herne the Hunter, and creatures including a talking rat with a penchant for green cheese and a phoenix conjured from the fire in the Drop of Dew pub. Sleighs are drawn not by cutesy reindeers but fleets of lions and unicorns.

At its heart, it is a tale of good versus evil, and Masefield (then the poet laureate), wrote in dreamy poetic prose of snow-bound adventures which have spoken to generation after generation of children. Radio adaptations in the forties and fifties led on to the 1984 TV series, starring Patrick Troughton, a gloriously evil Robert Stephens and Patricia Quinn. Add a mesmerising theme by Victor Hely Hutchinson, and the spell was cast:

A recent Folio edition is on my wish list, although my original battered paperback is as much a loved memento of schooldays as the falling apart at the spine pink Puffin Book of Verse. I just discovered that the forward to this new edition is by HG's own Adele Geras, so I'd love to read her thoughts on this most favourite of tales. Each year, it is as much a part of our celebrations as new pyjamas on Christmas Eve, and Nativity services when home. 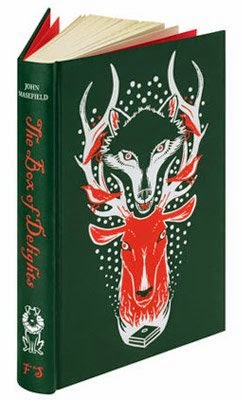 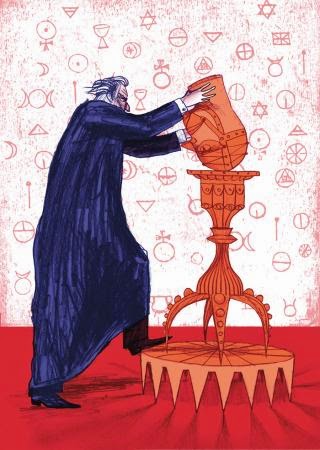 Growing up in an isolated village between the Devon moors, the countryside scenes shot in Herefordshire and the surroundings seemed familiar. The 1930s slang and costumes were not too far off from our sheltered experience, and living in a landscape populated by stone circles and tales of magical creatures, the idea of bumping into Herne the Hunter was not beyond the realms of possibility. It now seems beyond dated to my children - they humour me for half an hour each Christmas then slink away as I indulge in a time 'when the wolves were running'. It seems impossible that it is thirty years old - do any of the HGs remember this, or earlier versions? There are rumblings of a big screen Hollywood adaptation, but I rather hope they'll let this jewel alone.

Wishing you all a wonderful Festive Season, and a peaceful New Year - which books are essential reading for you at this time of the year? 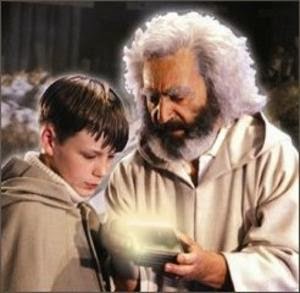 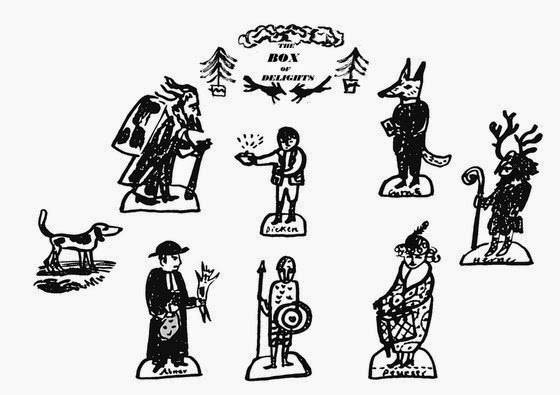 Delightful as always----and, if anyone cares to watch/listen to the whole of Season One of 'Box of Delights' here it is:
http://www.youtube.com/playlist?list=PL9essfVPD5ORk-JH22u3LvyeCPuOdI3JV

I have to thank the BBC for most of my introduction to children's books. Nesbit, Garfield, Garner, I am pretty sure that's why I write historical fiction. Remember this too - even though was totally an adult. Thanks for reminding me

I remember it well Kate. I was at home with a one year old at the time, so I watched it in my mid twenties, but I had the same magical feelings as you did. I have never read the book though. For my Christmas reading, atmospheric ghost stories go down well, although the challenge is to find one to suit that I haven't already read.

Kate, I have to admit that I never saw the television series and I have not read the book either. Clearly, a gap in my education that I might rectify with the Folio edition, if I can afford i! Christmas memories for me have been about films more than reading because I came from a family of entertainers. Every year I watch It's a Wonderful Life with the marvellous Jimmy Stewart, thinking of my late father and the dreams I shared with him. Happy Christmas, dearest Kate xx

My daughter (now turned thirty) was the one who adored this - the TV version, that is. I'd read both books as a child, and loved them, but I think the Beeb's wonderful adaptation really does the novel justice, and there hasn't been a Christmas since that Anna, my daughter (a traditionalist at heart) hasn't watched it!

I read and adored the book as a child, and I think the TV series (unlike some) did it justice. Wasn't there also a very good radio version? A few years ago I 'did' the book with my university class in children's literature and started by reading one of the lyrical passages describing the snowy world. They all looked at me blankly. I was using my own edition, but they had bought the recently issued and apparently 'proper' edition. We discovered that, not only had huge chunks been omitted, but other chunks had been moved around. Then one of my students discovered an article in which the woman responsible for this outrage cheerfully wrote that she had been commissioned to produce a version of x thousand words. When she'd finished cutting, she found it was too short, so she pasted bits back in, but (as far as I can see) anywhere she fancied. She was looking forward to perpetrating this crime on other classics!!!!

Oh my GOD, yes I adore this book, my favourite ever winter read. I was given it when I was seven and have loved it ever since (my daughters do too). Ann, yes, I saw that ghastly abridged edition. Dreadful! the only thing wrong with the book is the (SPOILER ALERT) dream ending. Ignore it as I always did and tell yourselves the author got that one thing wrong.

What a great book (and series). Thanks so much for the timely reminder!

I, too ran home through the snow (when we had some...) to watch The Box Of Delights', usually in front of the fire with hot buttered toast. I still watch it now, not only for the nostalgia, but because it is such a magical tale, and set in a simpler, bygone time. Just lovely, and thank you for reminding me that others feel the same way :) 'Time and tide, and buttered eggs wait for no man'. :)