All Quiet on the Western Front - Christmas 1914, by Carol Drinkwater


On Christmas Eve 1914 in northern France a frost set in. It had been raining for weeks, filling the trenches to waist height with water, soaking spirits, drowning hope. So acute was this drop in temperature, that it froze solid the soldiers’ great coats and hardened their boots. The men themselves were "frozen to the marrow".

Christmas morning rose foggy and then turned into a freezing day.
Along certain sections of the front, a truce was called. The Germans seemed to have made the first move.


An Irishmen from the Royal Irish Rifles wrote in his diary of the previous evening: “Nothing of importance happened until 8pm when heralded by various jovialities from their trenches the Germans placed lamps on their parapets and commenced singing.”

Soldiers from both camps rose cautiously from their trenches, climbed up and started to walk in No Man’s Land, unarmed, some bearing white flags. The frosty weather had dried the filthy mud solid. It facilitated the soldiers' passage across the free zone.

Exiting their trenches was counter to the orders given by many, although not all, superior officers on both sides of the war – “no fraternising’ - but the men were ready for respite, a few hours of peace. It was Christmas, after all, and it seemed a perfect moment to remember those who had died or were missing and loved ones back home. 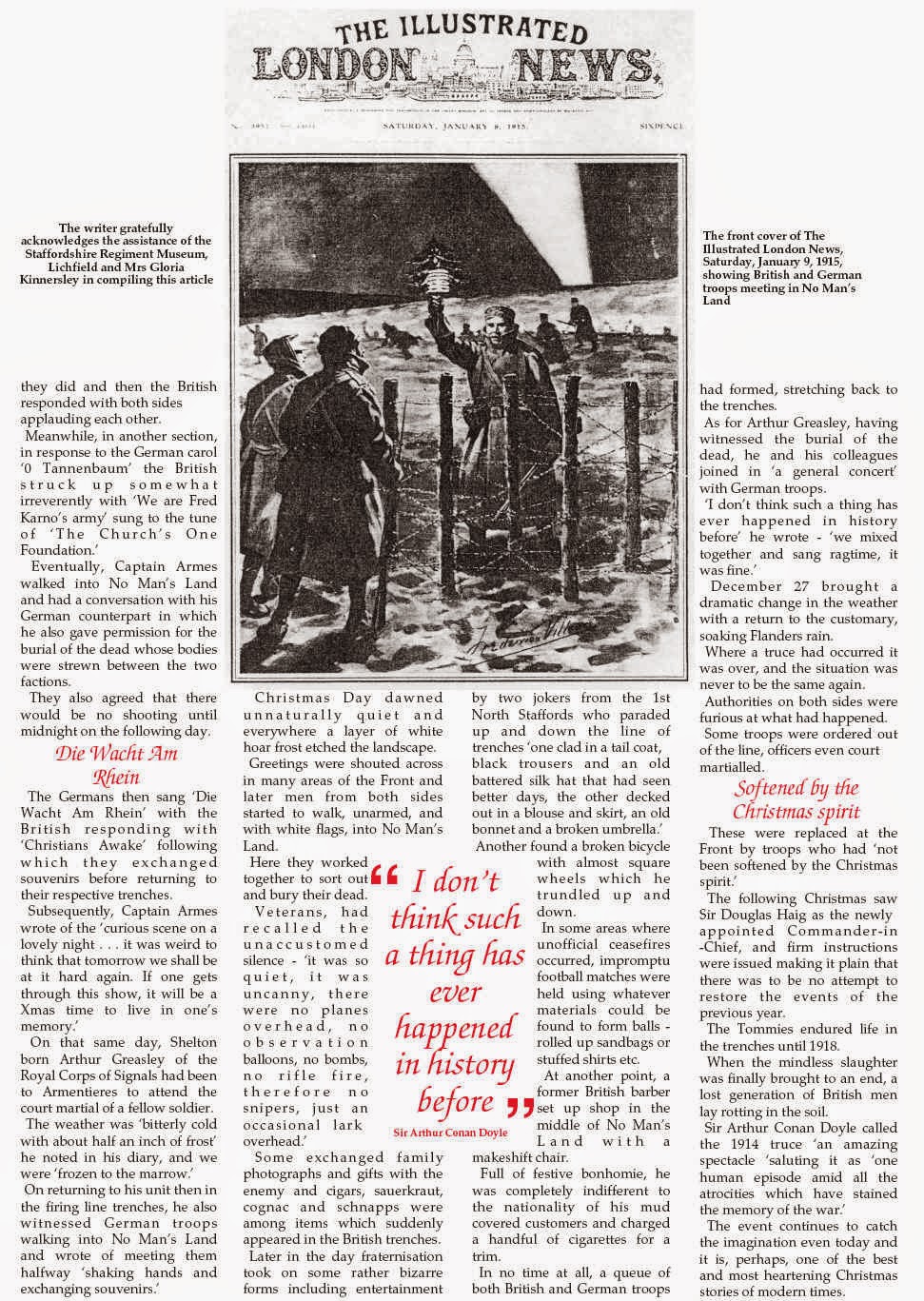 They shook hands with their enemies, then smoked cigarettes or cigars, sipped schnapps, sang songs - ragtime, Christmas Carols, Music Hall ditties, and even played football (in some cases using sandwiches for balls). Allies and Germans together. Peace for a few hours. Some exchanged gifts (chocolate cake, tobacco). One unit was offered a gift of two barrels of French beer by the Germans which they rolled back to their trench and consumed. Later, the Germans called out to the Tommies. How's the beer? They and their enemy were in agreement that the French beer was lousy.
Some shared thoughts of their families, showed photographs of their sweethearts back home, waiting and praying for their safe return. Others enquired of the status of certain of their comrades. The Germans were able to confirm that this soldier or that officer had died and had been buried, or they, Brits and Germans, gave permission for their enemies to bury their dead. There were bodies strewn everywhere about them, lying in the hoar frost.

These hours were precious. Moments of humanity in a chaos of destruction. I have read accounts - extracts from letters, diaries, witness statements - stating that this day, this truce, was one of the most abiding and for some, haunting, memories of the war.

Boxing Day, the men were mostly back in their positions, rifles at the ready, to shoot one another again. A few held off, not wishing to be the first to fire.

An interesting historical fact. Not one single soldier of any rank was disciplined for having taken part in the truce. However, the following Christmas it was made clear that no such fraternisation would be tolerated.

Politicians and soldiers alike had been certain that by December 1914 the war would be over. Instead, hundreds of thousands of men from both sides were still in France, stuck in the trenches, frost-bitten, shocked by the number of lives already lost and those that had gone missing in action. It was evident that this war was certainly not going to be a ‘couple of months affair’. 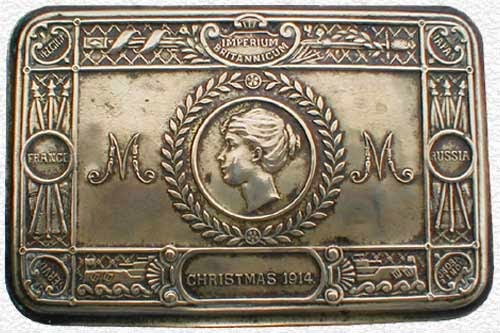 This first wartime Christmas was marked by the British royal family posting out gifts to members of the British, Colonial and Indian Armed Forces, fighting on land or at sea. The gifts arrived in brass tins and were embossed with the head of Princess Mary. Seventeen-year-old Princess Mary, third child and only daughter of King George V and Queen Mary, was the founder of the Sailors and Soldiers Christmas Fund. She organised a public appeal to raise sufficient funds to ensure that ‘every Sailor afloat and every Soldier at the front’ receives a Christmas present from the nation. The appeal was so successful, raising £162,591 -12s - 5d, that the eligibility for the gift was widened to include every person ‘wearing the King’s uniform on Christmas Day 1914’. This embraced over two and a half million men and women.
But such a vast number of gift boxes could not be made ready in time for Christma Day. So, the recipients were divied into three classes. Class A received their gifts on or about Christmas Day and each box included a Christmas card. Classes B and C were sent out in January 1915 and included a Victorious NewYear card. 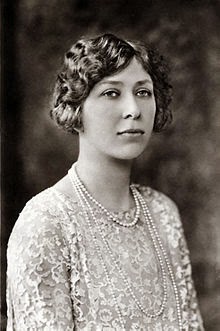 Each box contained one ounce of pipe tobacco, twenty cigarettes, a pipe, a tinder lighter, a Christmas card from the King and Queen and a photograph of, in my opinion, the enormously inspiring young Princess Mary. Non-smokers received a box containing a packet of acid tablets, a khaki writing case containing pencil, paper and envelopes together with the Christmas card and photograph. The Indian soldiers received boiled sweets in their brass 'hampers'. 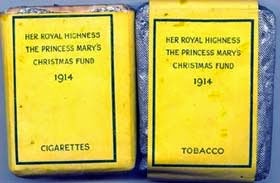 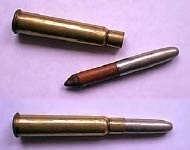 There is a marvellous letter on the website of nature writer Henry Williamson, most famous for his 1927 classic, Tarka the Otter. It was penned to his mother on Boxing Day 1914, as the truce was ending and after he had received his tin containing a pipe from the royal family.

I am writing from the trenches. It is 11 o'clock in the morning. Beside me is a coke fire, opposite me a 'dug-out' (wet) with straw in it. The ground is sloppy in the actual trench, but frozen elsewhere. In my mouth is a pipe presented by the Princess Mary. In the pipe is tobacco. Of course, you say.
But wait. In the pipe is German tobacco. Ha ha, you say, from a prisoner or found in a captured trench.
Oh dear, no! From a German soldier. Yes a live German soldier from his own trench.
...
“On Xmas eve both armies sang carols and cheered & there was very little firing. The Germans (in some places 80 yds away) called to our men to come and fetch a cigar & our men told them to come to us. This went on for some time, neither fully trusting the other, until, after much promising to 'play the game' a bold Tommy crept out & stood between the trenches, & immediately a Saxon came to meet him. They shook hands & laughed & then 16 Germans came out.”

Unbeknownst to Williamson, his letter was sent by his father to the Daily Express who published an abridged version of it in early January.

Henry Williamson survived the war but never enjoyed Christmas again. It was a torment for him;  every year he relived that 1914 Christmas Truce, when he had spoken to German soldiers and discovered that their hopes and fears were the same as those of himself and his English comrades, and that German soldiers dying in agony cried out for their mothers just as did the English Tommy.

During this WW1 centennial year, Scholastic published my YA novel, The Only Girl in the World. It is the story of a young soldier, Dennis, from London and a French café owner’s daughter, Hélène, from the Somme region who meet and fall in love in 1916. Their story ends in tragedy as Dennis is killed before winter breaks. He does not live to see Christmas. No gift for Dennis from the royal family. A Christmas that Dennis, along with almost every other soldier, believed would be celebrated back home with his family. The third Christmas of that war and the troops were no closer to home. Life in the trenches was endured, as we know, until 1918. The extraordinary spontaneity of that Christmas Truce 1914 was never repeated.
Sir Arthur Conan Doyle described it as "one human episode amid all the atrocities which have stained the memory of the war". 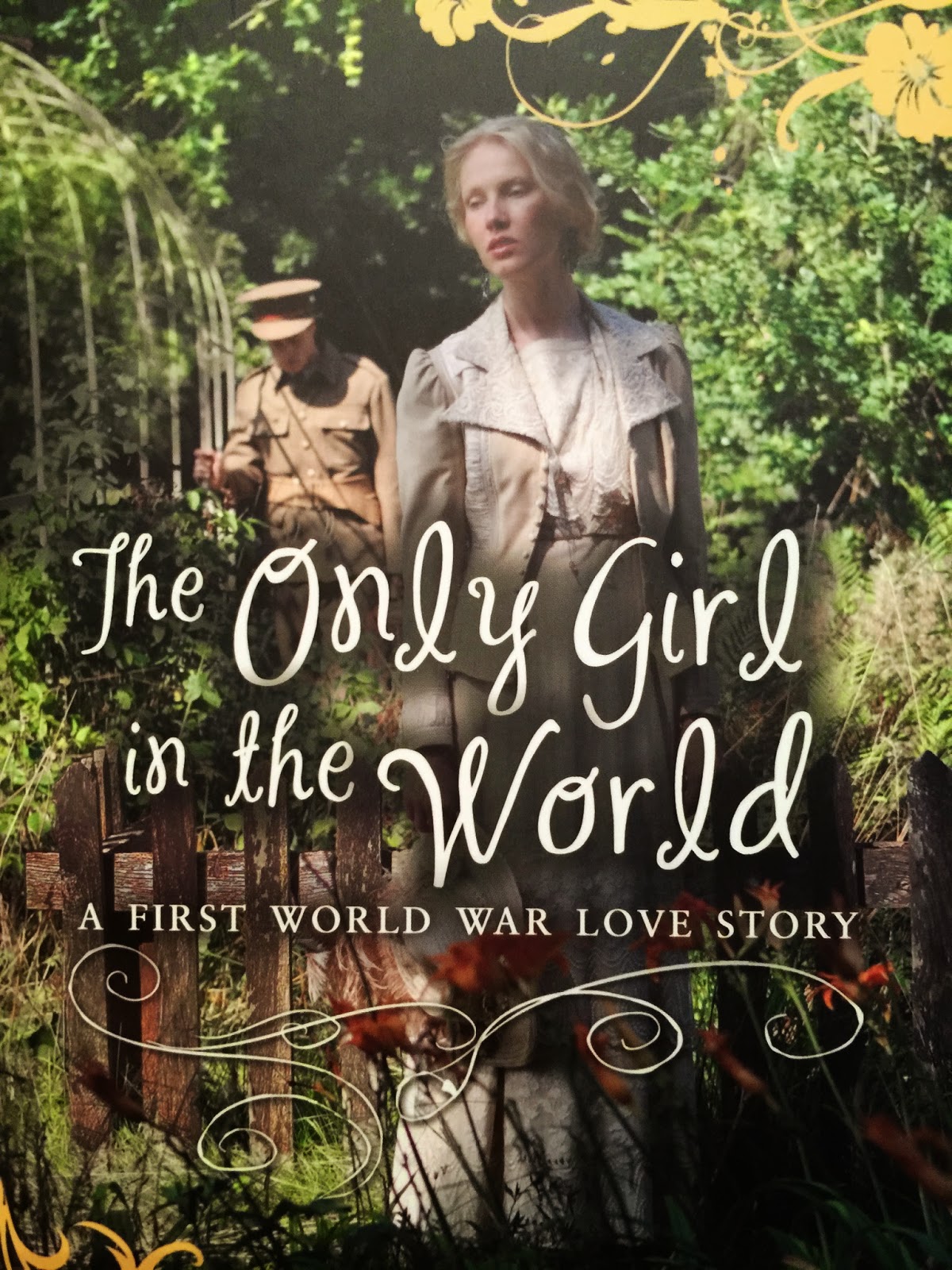 To all reading this, most especially Mary Hoffman and her tremendous line-up of History Girls, I wish you Happy Holidays and a very wonderful and healthy 2015.
To all of us everywhere, I pray for Peace on Earth.

Email ThisBlogThis!Share to TwitterShare to FacebookShare to Pinterest
Labels: Carol Drinkwater, Henry Williamson, Princess Mary, Tarka the Otter, The Illustrated London News. The Only Girl in the World

Enjoyed your presentation of this story which I have heard before. You gave some details I had not been aware of. Reassuring to know that those actually in the trenches did not harbor ill will. Troubling to know those not in the trenches shold have been fighting their own battles.

Once again,you've written a wonderfully well written story. The reminder that we are all human beings with the same pains and aspirations vs. the stupidity of war is reflected in your writing. You have a talent for making the reader feel he/she is there..whether in the south of France or on the battlefield of WWI.
PS I didn't know about the royal gift and found that a piece of very interesting history trivia.

Beautifully written, and a reminder to us all of our common humanity. Thank you for sharing this detailed research. I had heard the story of the truce many times, but not in this touching detail. I add my prayer to yours for peace on earth, good will toward men.

Touching post, Carol. Was just thinking of this moment of humanity amid such horror - there was a lovely ww1 brass matchbook cover in a gallery in Aldeburgh engraved by a soldier simply 'France'.

Broad Thoughts From A Home said...

What a lovely post, Carol. Thank you so much for sharing it.

In my novel "Nice Girls Don't" I tried to address a similar issue to the one you describe - that it was the same on both sides of the line, and that both sides suffered tragedy and loss.

Hanging on the wall of our dining room is a display case containing my grandfather’s campaign medals. I inherited this from my father and it has been part of my life for so many years that it had rather faded into the background, like a much loved but not often thought of old photograph. The centre piece of the display is a picture which – thanks to your story – I now realise is of the princess, with the Christmas cards to either side and the embossed tin lid of the gift box above it.

Thank you Carol for giving the background story and making me once again appreciate how lucky I am to have this on my wall.

I am so pleased to read this, Mike.
Carol.