MISS JEAN BRODIE AND THE MORNINGSIDE RIOT by Eleanor Updale

Some place names always raise a smile. Residents of Nether Wallop and Chipping Sodbury must be wearily accustomed to the suppressed giggles or open guffaws that their address can evoke. I’ve had to get used to it too, since I moved to Morningside in Edinburgh. People pucker up and squeal “Ooo Murrrningseeyed!” in an attempt to mimic the tone of those Edinburgh ladies who think they don’t have an accent. It’s a voice made famous by Dame Maggie Smith in her wonderful performance in the film of The Prime of Miss Jean Brodie. 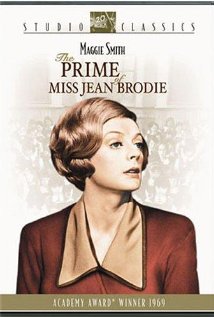 The other day I went to a talk which sent me straight to Muriel Spark’s original book (different from the film in several important ways) and introduced me to an episode of Edinburgh history of which I knew nothing, despite the fact that some of its ugliest scenes took place outside my front door. Did you know about Morningside Riot of 1935?  It's not featured in the film or the book, but in the book especially there are echoes of the religious tensions that led to the trouble.

One of the things that appears in both the book and the film is Miss Brodie’s infatuation with the demagogues of the 1930s: Franco, Mussolini, and Hitler. In the book, she maintains her admiration for the fascists well after the War, although she admits 'Hitler was rather naughty’. The leaders she admired were forceful, uncompromising, and charismatic. It turns out that Muriel Spark, a Morningside resident, had a local model to hand. A political rabble rouser in the style of Oswald Mosley, but driven by a different creed: his passionate Protestantism.


This was John Cormack, a councillor for South Leith, who drove round the city in a van with ’No Popery’ painted on its side. After serving in the Black and Tans during the nationalist uprisings in Ireland, in 1933 he set up his own political movement in Scotland: The Protestant Action Association. It was his populist (and popular) anti-catholic campaign, firmly centred on himself, that led to the events of June 25th 1935 - a clash which he had rightly predicted would be ‘a real smash up’.
Four weeks before the riot, supporters of Cormack overflowed the Usher Hall (which holds about 3,000 people). They were gathered to protest about the Catholic Church’s proposal to hold a grand gathering described as a 'Eucharistic Congress' in Edinburgh. When the event went ahead, there was trouble all over the city. In a letter to The Scotsman, the Catholic Archbishop of St Andrews and Edinburgh said this was the culmination of months of trouble:

The office which I have the honour to hold has been the object of gross insult and of the vilest accusations. For some time it has hardly been possible for a priest to appear in the city without being subjected to unspeakable indignities. They have been not only the target for vile abuse and most filthy and obscene language, but they have repeatedly been spat upon and molested in public streets. In the factories and public works Catholic employees, and particularly defenceless girls, have suffered bitter persecution, as contemptible as it is cowardly, and strenuous efforts have been made to induce employers to dismiss Catholics on the ground of their religion alone.

On 25th June 1935, when 10,000 catholics converged on St Andrew’s Priory in Morningside for the climactic ceremony of the Eucharistic Congress, an equal number of Protestants came out to meet them.  The police, many on horseback, spent hours dealing with a throng of people crammed into three-quarters of a mile of road.  Accounts vary as to Cormack's role in the unrest, which included violence and damage.  Tram after tram disgorged Protestants ready to fight. The Scotsman noted that a van with 'No Popery" on its side was seen early on, but then apparently left - implying that Cormack was unwilling to face the consequences of unleashing a rabble.  No one was killed, and so the event's appeal to journalists and historians beyond Edinburgh was limited.  But it was an extraordinary day, nonetheless.


But why was Edinburgh's anti-Catholic fervour focussed on respectable Morningside? Well, despite its reputation as the natural habitat of repressed and prim Presbyterianism, the area has a strong Catholic heartbeat, even now. Catholic churches are often architectural horrors, but St Peter’s in Morningside - designed by the great architect Sir Robert Lorimer, and completed only a few years before the riots - is a striking Italianate building, inexplicably off the tourist trail. 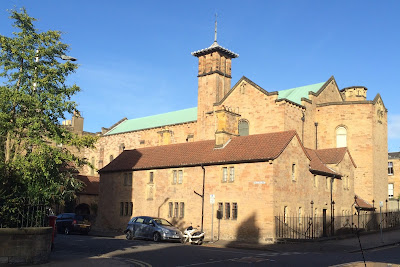 Not far away, is St Benet’s, the grand domestic base of the Catholic Archbishop. 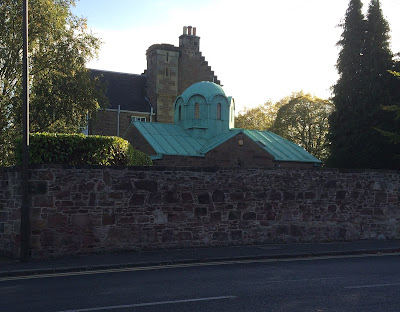 It’s now rather under a cloud. In 2013, the then Cardinal Archbishop Keith O’Brien was removed from his post and kicked out of the house after sexual misdeeds were revealed just as he was hoping to go off to vote for the new Pope.
Round the corner from there, in 1935, stood St Andrew's Priory, where the Catholics gathered on the day of the riot.

Of course, anyone who has studied history, even in England, will not be surprised that a ferocious form of Protestantism has thrived north of the border. We’ve all been taught about that grim old Edinburgh resident, John Knox - indeed he’s one of the few non-royal names from Scottish history familiar to those of us educated down south. 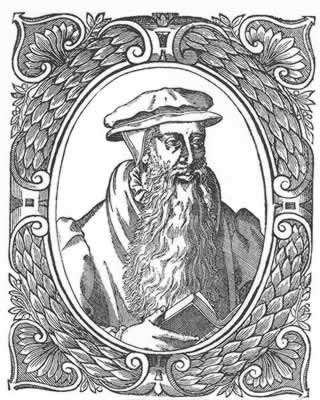 Add John Calvin's teachings into the mix, and you'd got a pretty uncompromising national mindset on your hands even before Irish immigration added new Catholics to those who had survived the Reformation. 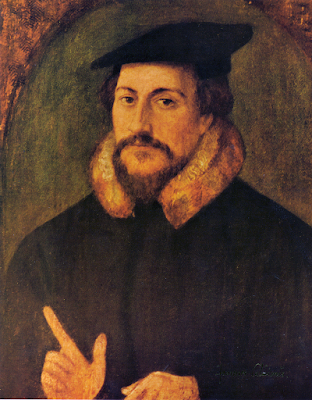 The effect of centuries of Calvinism on the Scottish temperament is a standing national joke. Who can forget Private Frazer in Dad’s Army: 'We’re all doomed!'?.
In the book, though less so in the film of The Prime of Miss Jean Brodie, the clash between Catholicism and Calvinism is a resonant theme. Towards the end, one of the Brodie set, Sandy, ponders on Calvin’s view of the almighty:

God had planned for practically everybody before they were born a nasty surprise when they died. Later, when Sandy read about John Calvin, she found that although popular conceptions of Calvinism were sometimes mistaken, in this particular there was no mistake, indeed it was but a mild understanding of the case, he having made it God’s pleasure to implant in certain people an erroneous sense of joy and salvation, so that their surprise at the end might be the nastier.

In the novel, Sandy eventually becomes a Catholic nun.  In the real world, a year after the riot, Cormack was still fighting. He spent at least one night in prison, for refusing to pay caution money to keep the peace. 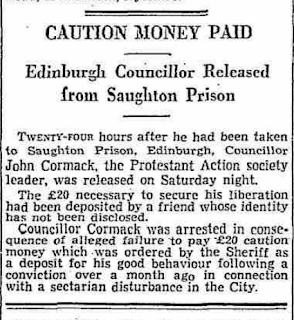 His campaign seems to have fizzled out with the advent of the Second World War, and though he remained on the City Council until 1962 (a year after Spark’s novel came out), his death in 1978 appears to have gone unmarked in The Scotsman. His memory is kept alive now by the present Orange Lodge, but otherwise he seems to have disappeared from the memory of the city.

Although sectarian rivalry remained fierce in Glasgow well after the War and into the present century, to hear that as recently as 1935 there was such extremism in Edinburgh seems surprising - even shocking.

A young boy who had been caught up in the riot spoke to The Scotsman more than 70 years later, after a career as an undertaker:

I was chased along Canaan Lane by a group of gentlemen when I was just seven-years-old because I was dressed in the uniform of St Andrew's Priory, which is where the Catholic Congress was being held when Cormack's lot turned up. It was a terrifying experience at the time. But while that was a horrible experience, I can honestly say it was the only anti-Catholic thing that ever happened to me. It's in the past and I just don't think you'd come across anything like that now in Edinburgh.
I remember my dad telling me about problems he faced, but again that was mostly Cormack's crowd. Many years later I actually met Cormack's son and a nicer person you couldn't meet.
I really don't think sectarianism or bigotry has been an issue in Edinburgh like it is in Glasgow. I'm in the funeral business so you come across all sorts of religious types but I've never experienced any prejudice or discrimination.

It is not poverty, alcohol or football which underpins most cases of religiously aggravated crime in Scotland, but blatant anti-Catholicism.

A personal note:
This is my last post for The History Girls. I haven’t written an historical novel for a few years now, and I’ve only read a handful in that time, so I no longer have the essential credentials. As Jean Brodie would say, I am past my prime. It’s been great to be part of Mary Hoffman’s bold enterprise, and some wonderful new writers (the Creme de la Creme) are about to join the gang.
Before I go, may I return to the hobbyhorse I rode in my first ever contribution, more than four years ago? That piece was a plea for everyone involved in broadcasting about history to stop using the present tense - or 'Nowspeak' as I call it - when they are talking about the past; or at least to be consistent if they really can’t help themselves. If you listen to or watch history programmes, you will know what a failure my campaign has been. Maybe I should paint my message on the side of a van and drive around like John Cormack.
But there is new hope. The Royal Literary Fund asked me to do a podcast about it, and you can listen to it here:

Come on, History Girls. Let’s send this ugly and unhelpful fashion to the abyss in which it belongs!

Eleanor, you've written some crackingly interesting and fun blogs over the past four years. Thank you!

Oh, I hate Nowspeak too! (And thank you for providing us with a name for it.) I'm afraid I shout at the radio and TV.

Thank you for your many interesting blogs, Eleanor. I'm sorry to hear you are leaving.

Thanks so much for all your posts, Eleanor, and your unfailing reliability even on Christmas Day!

Goodbye and thank you! I too agree about the wonderfully-named NOWSPEAK!