SWALLOWS AND AMAZONS FOR EVER! by Penny Dolan 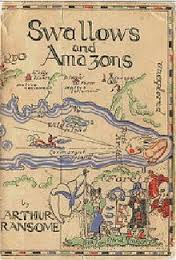 SWALLOWS AND AMAZONS has been showing this past month at local cinemas. This family film stood out, amid the wash of screen stories about fantastical beings, big and friendly creatures and lost fish, as a story about a group of real children, doing real and almost possible things on sailing boats in nicely natural and wet Cumbrian weather.

The film was criticised because the character of young Titty was renamed Tatty (a sensible alteration to me) but also because it was definitely an adaptation of the original novel: the new plot has added peril and danger and is not just about children sailing in the English Lake District in 1935.

I heard a complaint that Captain Jack, whom the Walker children perceive as a “pirate”, has now become a spy pursued by two Russian agents. However, I felt this addition subtly referenced the life of author Arthur Ransome, who was involved with the Bolsheviks and married Trotsky’s secretary, see here. In the film, the “Russian spy” idea is introduced by some “Richard Hannay” style escapades on the train and leads eventually to a thrilling scene involving the two sailing boats, obviously created to meet the needs of modern viewers used to the excitement of modern cinema. Swallows and Amazons does have the flavour of a cosy BBC children’s period drama about it, but there are two very pointed moments.

One moment occurs just after the enemy ship Amazon has out-sailed Swallow. Susan, the older Walker sister, whose role has been mostly “looking after the little ones” sees the then-unknown crew tug off their woollen caps to reveal tumbles of long hair. “They’re girls!” she cries with delight and admiration, an outburst clearly directed at her bossy older brother. Her glance works so well on film!

The second moment occurs when the children’s Scottish mother, gazing across at the island where her children are camping, tells the farmers wife how glad she is that her family have been able to return to this place and enjoy the freedoms she enjoyed as a girl in the Highlands, her lines accurately reflecting modern concerns about children rarely experiencing the natural, outside world, and all the stronger and sadder for being said in the past. If there was a wish behind the film, I felt it was getting children outdoors and back to the real, real world we all live in.

The film, which – contrary-wise, I know - seems to me ideal for Christmas television, is worth watching despite not being a pure adaptation, The adventure may even lead young readers into Ransome’s books, and even into trying out sailing themselves. 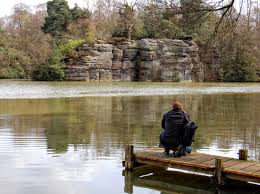 However, I had another reason for being curious about the film.

Large sections of the interior of Wild Cat Island were filmed at Plumpton Rocks, a local Yorkshire beauty spot. Surrounded by fields and woodland, the outcrop of weathered rocks is full of clefts and curves and passageways which agile children, as the film shows, love to run through, clamber over and hide themselves between.
The Plumpton Lands were mentioned in the Domesday Book, and passed from father to son until, in the eighteenth century,  they were bought by the influential Daniel Lascelles (1714- 1784) of Goldsborough Hall  who used the natural outcrop to create a pleasure garden. The architect John Carr of York designed and built a dam (which has been newly restored) and expanded the old fishing pool into what is now a large lake, surrounded by trees and woodland. 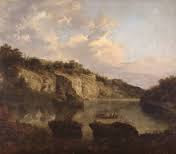 The gigantic rocks, reflecting picturesquely in the lake below, became the subject of the first two known oil paintings by J.M.W. Turner. They were painted in 1798, a time when Turner was actively touring England, seeking sponsors, and already known for his water-colours. Commissioned by Edward Lascelles, 1st Earl of Harewood, the work now hangs in Harewood House. The rocks themselves, known as both Plompton or Plumpton Rocks, have retained their name and were bought back by the Plompton family in the twentieth century.

All of which leads me to a last connection, made while writing this post. In Swallows and Amazons, the actor Rafe Spall plays rough, rogueish Captain Jack, while not long ago, his father, Timothy Spall made a memorable Turner in the film of that same name. 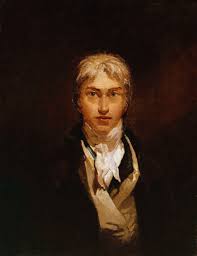 Between visiting the Rocks last week and seeing Swallows and Amazons this week, I did feel slightly as if I was following winding adventurous paths myself.

Additional Information.
Plumpton Rocks reopened this August after closing for two years for dam and dredging improvements, felling of overgrown trees and, presumably,filming. Now, in September 2016, the Rocks are only open at weekends so if you want to go, do check the opening hours. The grounds are steep, the stones and steps can be slippery, and there are no facilities. The Rocks aren’t the most grand and glorious of Yorkshire beauty spots, but they still make a short and quite impressive afternoon outing, out there in the fresh air, especially with junior scamperers. Strong legs needed. For even stronger legs, look out for Brimham Rocks.
Posted by Penny Dolan at 08:47

Plumpton or Plompton - just not a name I can take seriously. Thanks for the connections, Penny - interesting the way things lead us on!

Yes, the word makes me laugh too, Joan, especially imagining legal letters or hearings about the correct version. I keep imagining the lawyers as sheep in wigs - a barely conscious image from Tenniel's illustrations, I think.

However, if you were likely to be a beneficiary or heir of one of these wealthy Plompton gentlemen, you'd be very keen to make sure you had the right spelling and the "true" surname. Plompton is very plum in the mouth, isn't it?

Didn't they film it on one of the Lakes, then? That rock doesn't look at all like any island on Windermere or Coniston. How disappointing. Not to say it doesn't look an amazing place, Penny (and my grandsons loved the film), but since I was raised in the Lake District, and Swallows and Amazons were an important part of my childhood reading, I'd prefer to see real Lake District scenery. Actually, we're off on holiday to Ambleside on Saturday, and I've been re-reading the books that happen on the Lake, reserving the Picts and the Martyrs (always my favourite) to read while we're there.
I remember when I was at Charney Manor with a lot of other kids's authors, and maybe you were in the room; I know Celia Rees was - we were talking about our own free-roaming childhoods, and the beneficial effects they had on our imagination, when we really did wriggle through undergrowth in order to remain unobserved, and hide in 'dens', and I had the advantage of a real-life ruined castle (Kendal) to play in - scrambling up into all the places that are barred off nowadays. So I agree about the kids not getting to roam freely. In our childhood, our parents expected us to disappear and not come home till mealtime.. However, I wonder how many kids actually got to camp on their own, as the Swallows and Amazons (and Ds) did. Certainly not Ransome in his childhood visits to the Lake District, or the Altounyan children who were the inspiration for the Swallows.

Great post - I really want to see the film. My brother and I are going to go, in memory of our own (not so long ago!) days of making dens and climbing trees. My brother reasoned that Tatty still worked, because Titty was clearly short for Tatiana, and Tatty works as a nickname for that too. But apparently it's from 'the story of Tittymouse and Tattymouse'...

Really lovely post Penny, so much interesting stuff! Thank you