What I've been reading by Imogen Robertson

A very quick post from me today! I thought I'd share some of my favourite reading of the last few weeks and see what you are all enjoying at the moment. 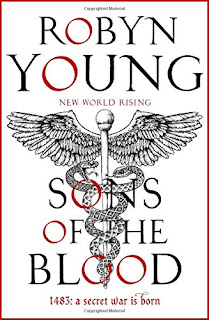 Sons of The Blood - New World Rising by Robyn Young
The start of a fantastic new series of historical adventures, Young's new book opens in 1483. An illegitimate son who has been given a mysterious secret to guard wakes in Seville while his father is arrested in England by Richard of Gloucester. It's a rich and brilliant story, expertly told. I really enjoyed the portrait of Richard too, and the characters Jack Wynter meets on his travels are a series of vivid delights. 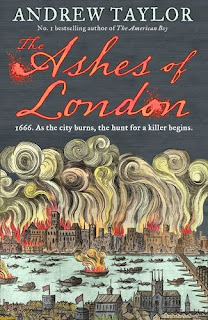 The Ashes of London by Andrew Taylor
I love Andrew's novels, so it was a real pleasure to read his latest. This is the start of a series too, I'm glad to say. It opens in the midst of the flames of the Great Fire of 1666 as St Paul's burns. I think one of my favourite things about it was the portrait of London in the weeks following the fire, all smouldering ruins and debris being slowly cleared away. The mystery is deeply satisfying, as you'd expect, and the recreation of the feel of his characters' lives is masterful. 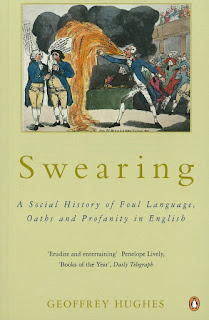 Swearing: A Social History of Foul Language, Oaths and Profanity in English by Geoffrey Hughes
This was first published in 1981, so I'm not bringing you one hot off the presses, but this slim, dense book is full of pleasures for lovers of history and language and the history of language. Some of my favourite headings within the book should give you a flavour. 'The Rebirth of American Swearing', 'The Final Efflorescence of Flyting', 'Self-Binding Oaths: Boasts, Challenges and Vows'. Fascinating, and apparently Elizabeth I swore like a trooper. 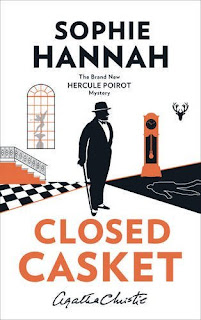 Closed Casket by Sophie Hannah
This is the new Hercule Poirot novel from Sophie Hannah. I have developed a growing respect for Agatha Christie over the last few years. I'm afraid I saw a few bad TV adaptations and rather wrote her off in my youth, and I've discovered Christie was actually a rather wonderful writer only in the last couple of years. I never did warm to Hercule Poirot though, but now Closed Casket is bringing me over that hump too. Hannah has to take all the credit for that. It's a country house mystery set in the home of a famous author of detective stories, with all the pleasures of beautiful women, altered wills and uncomfortable revelations over the mutton soup. Hannah writes beautifully, capturing a certain voice and tone which is witty, but never forced and still allows all of her characters, including Poirot, to emerge as fully realised characters. There is a marvellous sense of time and place and I have developed a massive crush on her narrator, Inspector Edward Catchpool.

I'm doing an event with Sophie, Lyn Shepherd and Jo Baker at the Harrogate History Festival in October. Do please come and see us.

So what are you all reading?

www.imogenrobertson.com
Posted by Imogen at 09:00

I've just read The Ashes of London. This is the first book I've read by Andrew Taylor and loved it. So much so that I'm now reading another of his books, The Scent of Death.

I did an event two days ago with four other authors including Sophie Hannah. She was witty, warm and very engaging. Alas, she hurried off directly afterwards and I did not have an opportunity to say anything to her. Listening to her has certainly decided me to revisit Agatha as well as the two Agatha/Hannah books.
Have fun at your event.