It's a pleasure to welcome Paul Dowswell as our guest blogger for July, especially since he gallantly accepted the brief to write about his favourite character, which all the History Girls are doing this month.

I've worked in publishing for over twenty five years. I went freelance in 1999 after eight years with Usborne, where I was a senior editor.
History is my specialist subject but I also enjoy writing about natural history, science, geography, in fact almost anything, apart from golf and mechanical engineering. I have a shamefully encyclopaedic knowledge of popular music, 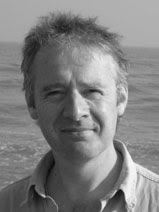 I’ve written over 60 books for UK publishers.  I grew up in Chester and escaped to read History at London University (Goldsmiths’ College 1975-1978). After 15 years in London, I moved to Wolverhampton, where I live with my wife and daughter. I also play with a variety of bands in the pubs and clubs of the West Midlands.


My favourite character
(Woodcuts and engravings from the era show that much of the city of Prague remains from Rudolph’s time).


I was at a History Association event in London recently, and broadcaster Bettany Hughes gave a speech revealing that 90% of all TV history is about the Nazis, the Egyptians or the Tudors. I’m assuming that ‘the Nazis’ includes World War Two in general, but I’ll bet another 9% is split between the Romans and The Great War, and the final 1% divvies up between everything else. I’m sure we’re a little broader in the publishing world, but those three major TV areas, and the Romans, must take up the vast majority of subjects for historical fiction too. (I’ve written about the Nazis and both the World Wars.)

Many readers like to read about what they know about, which is understandable. But those of us who write historical fiction know there’s so much that’s fascinating outside the well-ploughed areas. That’s why I chose to write about Rudolph II, the Holy Roman Emperor in late Renaissance Prague, who is a central character in my book ‘The Cabinet of Curiosities’.

I wrote ‘Cabinet’ after becoming fascinated by the Renaissance paintings of Giuseppe Arcimboldo – surreal and disturbing portraits, centuries ahead of their time. His most famous is Vertumnus – his depiction of Rudolph II in fruit and vegetables. A culture which produced something so magnificently strange and original sparked further investigation. I was not disappointed. Rudolph II was just as unusual as his portrait.

There’s a picture on Wiki

Here, likewise from Wiki, is a picture of the Emperor as himself.


He had a great thrusting Habsburg jaw and fleshy lips, which gave him the look of an obstinate bulldog. But he spoke quietly and patiently, without the usual princely arrogance. He seemed to carry the weight of the world on his shoulders. I think Rudolph was a man who endured his life rather than enjoyed it.

He ruled over a world that was still in thrall to Aristotle, Plato and other great philosophers of the Classical Era. It didn’t seem strange to Rudolph’s contemporaries to be so influenced by a mind-set that was, even then, nearly two millennia old. Save for gunpowder, the printed word, and the discovery of the Americas, the ancient world wasn’t that different from their own. They thought the Ancients were cleverer than they were. That’s why Rudolph had a special interest in Alchemy. He and his contemporaries believe the Ancient Egyptians could turn base metals into gold. To them, alchemy was a lost art. Of course, it turned out to be a blind alley, although it did lead to the beginnings of modern Chemistry.
Many of these little houses were home to the alchemists employed by Rudolph. They worked in nearby workshops built into the Castle walls.

But Rudolph was open to new ideas as well as old. He believed, quite reasonably, that if he could gather up all the knowledge in the world it would help him understand the purpose of existence and the mind of God. To this end he developed a mania for collecting ‘wonders’. He lived in a chaotic world, his private rooms littered with extraordinary instruments and curious objects, paintings piled up against the walls, and great heaps of books. He also set aside four ball-room size halls in his palace for his collection. This great depository is known as his Cabinet of Curiosities: and it was an extraordinary collection of mechanical and scientific instruments, biological and geological specimens, paintings, engravings and holy and mythological relics. Dürer’s famous watercolour of a young hare was in there and, supposedly, nails from Noah’s Ark, feathers from a phoenix and the dagger that killed Julius Caesar.

Whilst other Cabinets of the age were just a higgledy-piggledy collection of curios, often kept in an actual cabinet, Rudolph’s vast collection was arranged in an order bordering on ‘scientific’.
Lucky for us that the collection was well documented. Some was moved to Vienna following Rudolph’s death in 1612 and some was scattered to the four corners of Europe when his Palace was looted by Swedish Troops in 1648 during the 30 Years War. Only a fraction of it can still be found in Prague.

Treasures from the Prague Museum of Decorative Arts:


Rudolph was fascinated by automata like this mechanical monkey which can play a tune on its violin. The one in the picture dates from 1800, but similar devices could be found in his Cabinet. One of his favourites was a mechanical peacock, complete with real tail feathers, which strutted around making mating calls.

Rudolph was especially interested in miniature timepieces similar to this one, and would join his craftsmen at their workbenches to try to learn their skills. Contemporaries noted his Christian modesty – an appealing trait in an all-powerful ruler.

He had a vast library and was intrigued by the great variety of life on Earth.

As well as amassing his extraordinary collection, Rudolph was also a great patron of the arts and sciences. His court in Prague became an oasis for natural philosophers (as scientists were then known) in a Europe shackled by religious dogma and haunted by the Inquisition. Under Rudolph’s protection, natural philosophers could investigate and share their knowledge of the newly-emerging sciences without fear of being executed as heretics. This was an age, after all, where an astronomer could be burned at the stake for stating that the Sun was at the centre of the Solar System rather than the Earth. In his patronage of alchemy and fascination with the world, Rudolph was an early champion of the Scientific Revolution of the 17th Century.


His court attracted the liveliest minds in Europe. Among them was Rudolph’s Imperial Astronomer Tycho Brahe, and Brahe’s collaborator Johannes Kepler, who had the magnificent job title of ‘Imperial Mathematician’. Kepler went on to produce ‘The Rudolphine Tables’, named in honour of his patron and based primarily on the painstaking astronomical observation work of Brahe. These tables revolutionised the study of ‘celestial physics’ and were invaluable to the astronomers who went on to shape our understanding of the universe.

Brahe, incidentally, was a character and a half. He had a silver nose, having lost his own in a duel, and kept a pet elk, who died after it drank too much beer at a party and fell down a flight of stairs. If only the Slebs who inhabit the pages of ‘Heat’ magazine were half as interesting. 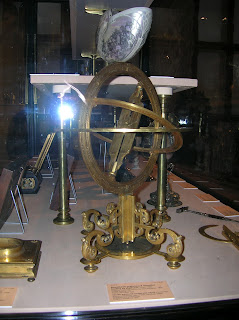 The Cabinet contained many astronomical instruments. Brahe would have used tools such as this in his observation of the heavens. Kepler, his successor, was able to make use of a telescope, an invention which arrived too late for Brahe.


Another of Rudolph’s admirable qualities could be seen in the citizens of Prague. Unique in mainland Europe, Jews, Protestants and Catholics lived and prospered side by side. Muslims too, I suspect, would have been welcome, had not the Holy Roman Empire been at war with the Ottoman Turks. Rudolph ensured the activities of the Inquisition were restricted to witchcraft cases. Unsurprisingly, he came under intense pressure from Spain, the centre of Catholic Orthodoxy, to allow the persecution of ‘heretics’ within his realm. Rudolph dealt with these earnest attempts to save the world from Satan’s clutches by keeping Spanish emissaries waiting to see him for months and even years on end. I can sympathise.

Rudolph had his faults of course. He was a shy, secretive man quite unsuited to the demands of his office. Some historians blame his ineffective leadership on the 30 Years War which broke out six years after his death. His war with the Ottoman Turks was also a disaster for his Empire and he ended his life imprisoned in his castle and stripped of his powers.

He was a major hypochondriac, convinced he was afflicted by all manner of diseases. He certainly suffered from depression, and his court physicians recognised this – they described his condition as ‘melancholy’ and would have said he had a disorder of the humours, probably too much black bile. Most likely because of his melancholia, he was a great champion of what scientists today call ‘New Age Bollocks’. He was especially fascinated in gemstones, which were thought to possess mystical powers. Lapis Lazuli, for example, was supposedly effective in ‘keeping the soul free from error, fear and envy’. Rudolph wore gemstones next to his skin and ingested them as medicine, ground to a powder. His depression plagued him throughout his life – all the more reason to admire his tolerance and passion for art and science.

I think we get our expression ‘Bohemian’ – in the sense of unconventional and freethinking – from Rudolph’s Prague. I admire his open-mindedness, especially in the face of the era’s very circumscribed religious orthodoxy, and I admire his acceptance of other creeds and cultures in a world where superstition and intolerance were regarded as cardinal virtues.

Rudolph kept many elaborate items like this in his Cabinet.


Thanks, Paul, for this fascinating insight into a man who inspired one of your own books. 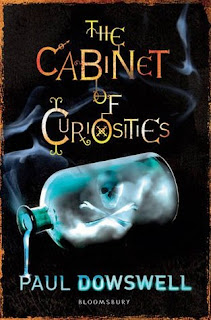 What a wonderful post - thank you. I lived in Prague for a few months in my twenties, and you've brought it all back to me - but with an extra dimension: now I want to read your book!

A fascinating choice, Paul. Rudolph sounds a most remarkable and tolerant - if eccentric - person.

Your own "Cabinet" sounds most interesting too!

Great to see some of your own photos, Paul, and to hear about one of my favourite characters from your perspective! You've got me more interested in Tycho Brahe as well - silver nose and drunken elk! Many thanks for a really interesting post.