Interview About a Vampire and other Gothic Topics - Celia Rees

I've been thinking about all things Gothic. I am taking part in a panel event at the Lancaster Festival on 17th October with Cliff McNish, Chris Priestley and Dr Catherine Spooner from Lancaster University. I hope I pass muster.  By the time you read this it will already be over. Being asked to do something like that concentrates the mind. One has to think of something intelligent to say about what drives one's fiction and that involves delving down to find the roots of it.

I have visited the Gothic many times in my writing and it is through the Gothic that I began to write Historical Fiction. I can trace my fascination back to adolescence. When I was a teenager, I used to 'borrow' my brother's books. Most (if not all) would have been considered unsuitable reading, so I would 'borrow' in secret. When I think about it, nearly all my interests, from hard boiled American Crime Fiction to Ian Fleming, stem from these books. One of the books I purloined from under his bed was The Pan Book of Horror Stories. 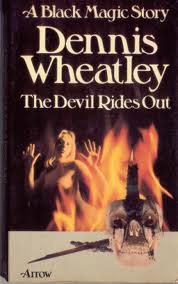 I scared myself witless, but I was hooked.  The cover makes the book look lurid and trashy, but that's one of the things about Gothic, Dark Fantasy, or Speculative Fiction (posh words for Horror); quite often reputable, serious writers want to write in the genre and their stories are anything but trash. Inside the covers of this and the others in the series are stories by L. P. Hartley, C. S. Forester, Bram Stoker, Arthur Machen, M.R. James, Sheridan Le Fanu and Edgar Allan Poe. From there, I progressed to the works of Dennis Wheatley. Mr Wheatley is not quite in the same Literary League but as a teenager, that did not concern me. I devoured his novels voraciously.

I must have realised that Mr Wheatley's fiction left something to be desired because by the time I was seventeen, I was reading the classics of the genre: Bram Stoker's Dracula, Mary Shelley's Frankenstein and Mrs Radcliffe's The Mysteries of Udolpho. 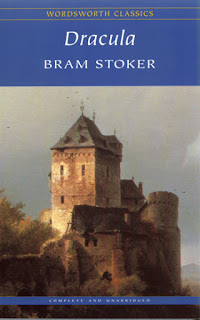 I didn't think about writing this kind of fiction myself, or any kind of fiction for that matter, but all reading is reference, a conscious or unconscious resource lodged in the mind to be used at a later date.

I didn't become a writer until I was an adult. I was an English teacher in a secondary school when I began writing and it seemed natural to write for teenagers. Not just because I taught them and knew them, but I liked the same kind of fiction they did. Perhaps a part of me had never grown up. I began by writing crime thrillers. Then I saw Francis Ford Coppola's film,  Bram Stoker's Dracula. I came out of the cinema knowing that I wanted to write a book about a vampire. My current publisher didn't want me to do it, so I found a publisher who did.  I re-read Dracula. I'd last read it when I was seventeen.  I remember being seriously scared by it (and I don't scare easily) but I'd forgotten that it is entirely written as a series of 'found' documents: diaries, letters, reports of various sorts. This kind of metafictional device was what interested me now, that and how small, unsettling details scare people (if I was going to write in this genre, I had a craft to learn). I decided to set my vampire book, Blood Sinister, in two time frames: the Present and the 19th Century (crucially, before Dracula was written in 1897 and preferably about the time of the Ripper Murders - why stop at one gothic horror when one could have two?). The 19th Century episodes would be written in the form of a diary that would be discovered and read by a girl living now. A girl with a serious blood condition who is staying with her grandmother who just happens to live opposite Highgate Cemetery... 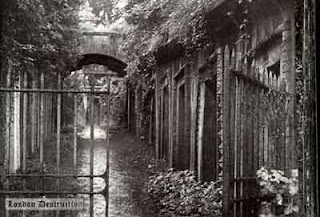 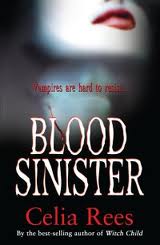 This was my first excursion into the Gothic and also my first serious attempt at writing historical fiction. I really enjoyed writing in both genre. I moved on from gothic 'horror' fiction but most of my subsequent fiction has been tinged with it because I still find it interesting. Witch Child dealt with witchcraft and witch persecution, transatlantic emigration and european interaction with native peoples but it is written in the form of a 'found' journal and has slightly more than a hint of potent and active folk magic. Pirates! has a diabolic villain in the form of Bartholome, the Brazilian, and his totemic ruby necklace. 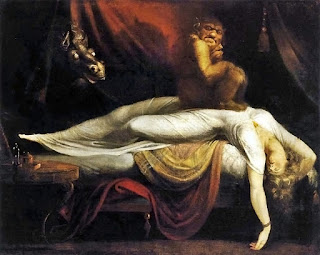 I made a more thorough excursion into the realms of the Gothic when I was writing Sovay. I set the novel in 1794, the year Mrs Radcliffe published Udolpho.  Quite apart from the gothic excesses of the French Revolution and the city gothic of 18th Century London, I wanted my heroine to spend at least some of her time in a gothic abbey, Thursley, based on the fabulous Fonthill which was built by the wonderfully eccentric William Beckford who wrote gothic novels and was so stupendously wealthy that he built his very gothic pile to such exaggerated and monstrous proportions that the 300 ft tower fell down three times. I wanted her to undergo suitably gothic experiences there before escaping, as all truly gothic heroines do, so that she might wreak suitable revenge on her dastardly foe. 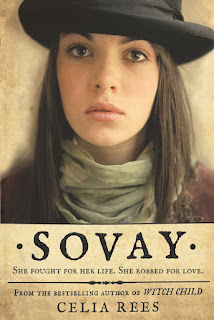 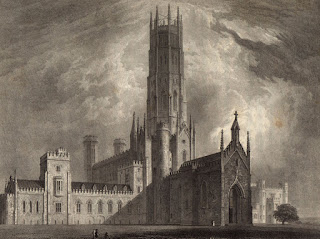 I have a feeling that whatever I am writing, the Gothic will be there somewhere. It is hard to escape  one's roots and the ideas and images that have always fed one's imagination and will continue to do so. The Gothic is part of history, just as history is part of the Gothic.
Posted by Celia Rees at 01:00

It's amazing who has done horror fiction. There's a series of books at my local bookshop, by writers you wouldn't connect with the genre. D.K.Broster, author of Flight Of The Heron. Rudyard Kipling(although he had a tendency to write gentle ghost stories rather than scary stuff). Edith Nesbit, author of all those children's books, wrote some seriously scary horror tales.

I agree about the scariness of Dracula. I kept thinking,"oh NOOO! Don't open the window, Dracula is out there!" but I found it easy reading and enjoyable.

I too feel the lure of the Gothic! And Beckford's Vathek is one of my favourite Goths, and certainly the funniest. A friend sewed me a model of the evil camel Alboufaki as I kept going on about it.

Lovely to see Gothic horror getting an official thumbs-up. Thanks, Celia! I love it - and am currently embroiled with ghosts and baby-farmers galore.

Alas, baby-farmers were all too real!

I read loads of horror too as a young teenager. Dracula definitely caused a dilemma. Should I leave the curtains open a little bit to let in the comforting light of the street lamp - or would that let the moonlight and the Count in? Tricky!

Me too! I am a lover of the Gothic and that Pan Book of Horror stories was mine as well....there were lots of them and I read them all. Ace, they were. This is a super post and the Lancaster event sounds good.

Fascinating blog post, Celia. It was a really interesting discussion up in Lancaster. And the cover of that Pan Book of Horror brings back memories!

Dan Zukovic's "DARK ARC", a bizarre gothic modern noir dark comedy called "Absolutely brilliant...truly and completely different..." in Film Threat, was recently released on DVD and Netflix through Vanguard Cinema (http://www.vanguardcinema.com/darkarc/darkarc.htm), and is currently
debuting on Cable Video On Demand. The film had it's World Premiere at the Montreal Festival, and it's US Premiere at the Cinequest Film Festival. Featuring Sarah Strange ("White Noise"), Kurt Max Runte ("X-Men", "Battlestar Gallactica",) and Dan Zukovic (director and star of the cult comedy "The Last Big Thing"). Featuring the glam/punk tunes "Dark Fruition", "Ire and Angst" and "F.ByronFitzBaudelaire", and a dark orchestral score by Neil Burnett.