The Question of the Worm - Michelle Lovric 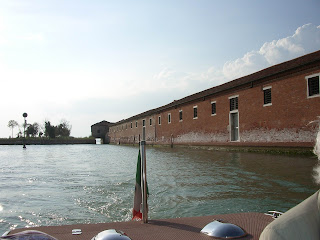 A poem, for a change, inspired by a visit to the forbidden island of the Lazzaretto Vecchio in the the Venetian lagoon, part of the Archipelago delle Malattie, the string of islands where Venice stored her sick and her mad. Up until the eighteenth century, sailors, travellers and merchandise passed forty days on in the Lazzaretto Vecchio before entering , this being the time thought sufficient to see if they would develop the plague. Ordinary people were domiciled in huge halls called teson. 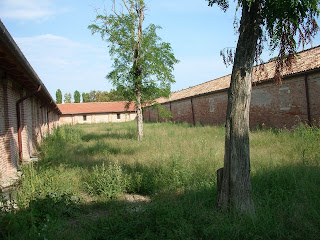 Grander travellers lived in luxury in the Abbot's house, with a wistful view of the towers of the city. Wools, cottons, woods and spices were passed through smoke medicated with juniper and rosemary. Letters from plague-ridden countries were fumigated and also doused in vinegar. Recent excavations on the island have thrown up the bones of some of the ten thousand plague victims said to be buried there. And no one knows what to do with them, so they sit in plastic crates, awaiting a decision on whether they are history, archaeology or humanity. I was there as a translator between the various professionals, an invisible permeable wall between experts; I came home contaminated in more ways than one by the experience. 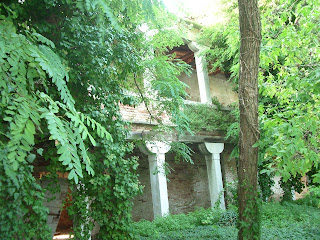 The question of the worm

Modern pilgrims, each with his own God,
a consultant in infectious diseases
two specialists in contaminated mail,
an architect, the man from Conzorzio Venezia Nuova
and me, I sell words
all slipping over a sea that glisters like spilt molasses
under a moonwhite sun. Our boat snouts into a jetty
tottering on children’s legs. We cross a bridge held up
almost by metaphor alone into Plague.
The island’s so deserted that even death has left it now.ⁿ
We walk the empty teson of the lazzaretto,
shallow ripples of conversation flattening
till only the tall brick walls speak,
thickly: written in red ochre, the names of ships
and tallies of ghostly goods.
Outside vines and grasses clutch soil and stone,
roots feeding on ten thousand corpses, thanking them
with the perfume of sage and bruised petal,
while cicadas thrum the plans of the wistful dead.

The architect pulls aside a plastic curtain
‘Eccociqua,’ he says, ‘Here we are’.
It is like a surprise party and we are the surprise.
The other guests sit seriously in plastic crates,
piled in towers, a miniature city.
We lower our heads and cameras
want to laugh, want to cry, anything
but meet each others’ eyes. Three hundred of them,
a broken fraction of the island’s buried treasure brought to the light.
Suddenly we’re naked without a stitch of an excuse,
we are disinfected of our curiosity, cleansed by proper shame.

That night, when I pulled my shirt over my head, a worm
inched down my arm, a snipped thread of green so intense that
only ten centuries of ancestral eating could have distilled it.
The thread bent itself into a questing question-mark.
But the questions were mine. Had it made a bid
to rejoin the living? Or did it beckon to me to join the dead?
Me, I told the worm, I sell words.
Give me time, and I’ll write you an answer. 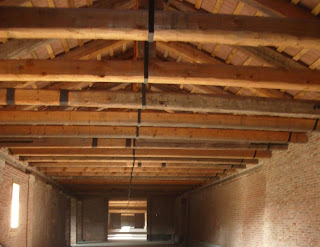 Thank you for sharing this.

Feel almost as if I was there! And the image of the worm crawling down your arm - very shiverworthy!

I was so moved by this piece. Terrible to think of the fear and suffering they must have endured. I hope they will grant them dignity in death after all those years.

It reminded me of the Island of Spinalonga in Crete where the lepers were banished to. I visited it before 'The Island' came out. The atmosphere on that island was so powerful, it left me disturbed for days.

Thank you all! And speaking of disturbed for days, Karen, I have just finished your brilliant Owl Killers, and I absolutely loved it, in a very shivery way.

Wow, that is great,

Oh, I almost missed this. Fantastic post. Thank you, Michelle.

So sad and very Venetian. Thank you, Michelle.