Writing and Race by Trilby Kent

[A longer version of this piece originally appeared in the Summer 2011 issue of Canadian Children’s Book News.] 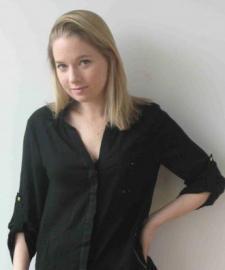 Last year, a decision to edit out racist language in a new edition of The Adventures of Huckleberry Finn became the latest in a series of controversies surrounding racial representations in YA fiction. According to NewSouth Books, the expurgation of “hurtful epithets” – replacing 219 uses of the word “nigger” with “slave” – was designed pre-emptively to protect the book from wider censorship (it has already been banned by several American school districts).

The story broke just a few months before the release of my second YA novel, which concerns itself with racial tensions from a different period. Stones for my Father tells the story of a 12 year-old Afrikaner girl whose family is forced to flee their farm from an invading British army; a difficult stint living in the bush is followed by their eventual capture and relocation to an internment camp. Corlie’s friend, Sipho (a farmhand’s son whose father is fighting alongside his Boer oppressors), disappears from the story when his own family is sent to an African camp. Had the tale been told from his point of view, it would necessarily have been a very different book; as it is, his presence haunts Corlie long after they are separated. 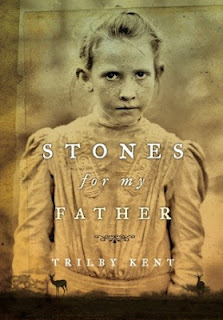 Growing up in the Transvaal, the children share many common experiences. Much as Corlie longs to be ‘properly African’, over the course of the novel she comes to realize how little of Sipho’s world she truly understands. In some ways, they remain as foreign to one another by the novel’s end as at the beginning, when first they flee the farm:

As we waited in the kitchen, considering all the things we would have to leave behind, I noticed Sipho staring at the knife my mother used for gutting fish.

“For protection, kleinnooi.” He picked it up, ran one finger along the mean edge.

“But we have the rifle.”

“A rifle is only useful as long as we have bullets.” Sipho reached for the muslin cloth that Ma used for steaming puddings and began to wrap it around the blade, a makeshift sheath. “Just in case. No need to worry, kleinnooi.” His gaze drifted around the kitchen, and for the first time I saw the room through his eyes: the uselessness of my mother’s lace curtains, the crocheted tablecloth, the decorative milk glass plates.

Unlike Huckleberry Finn, Stones for my Father reflects on a time far removed from our own. What it shares is the inclusion of a loaded vocabulary. For many years in South Africa, blacks were often referred to as ‘kaffirs’: a word which developed from the Arabic ‘kafir’ (meaning ‘non-Muslim’) into a term considered highly derogatory today. To omit this word from an account of an era and a society characterized by racialism would have been false. At the same time, I felt that it was vitally important not to normalize its use. For this reason, it is italicized throughout the book.

Perhaps naively, I didn’t dwell on the challenges of writing Sipho’s character until two drafts in. This may have been just as well, as the more I found myself reflecting on the possible pitfalls of appropriating a black narrative (I am white, and my mother’s family are of English and Afrikaner descent), the more difficult it became to decide on the ‘right’ approach. Ultimately, I hope to have saved Sipho from becoming the ‘saintly victim’ by virtue of an act which, although leading to his own downfall, preserves his agency and integrity and renders him neither an Uncle Tom nor simply a cipher for ‘Africa’.

Stones for my Father became a book about how hard times create hard people. Suspicious though I am of the tendency to read South African history backwards – apartheid would not be introduced for another half-century after the war – it was tempting to leave out the tricky bits for fear of getting it ‘wrong’.

But as a reader, I find it far more frustrating to feel that the wool has been pulled over my eyes than to know that I’ve been offered a clear picture of something deeply unpleasant. John Boyne’s parabolic approach in The Boy in the Striped Pajamas prompted some critics to wonder about his use of a distinctive narrative style as a kind of pardon from historical integrity. Effective though the book is, there were readers who couldn’t help but feel slightly manipulated by it, as though history had been hijacked for its shock factor.

I believe that we owe readers young and old historical honesty, with as little sanitization as possible. In books that address prejudice, race itself should matter less than the characters’ relationship with race.

The casual cruelty exacted by whites against blacks, as well as the phlegmatic manner in which Corlie reports this cruelty, made for uncomfortable writing. But to give Sipho the neat resolution denied to roughly 20,000 individuals like him would have been to whitewash history. The challenge must surely be to transcend stereotype, rather than ignore the fact that great swathes of history have been shaped by cruelties watered by racism. Worst of all would be to ignore the elephant in the room – and in so doing, strip those characters of any voice at all.


© Trilby Kent
Stones for my Father is published in the U.K. by Alma Books.

We thank Trilby Kent for visiting our site. Here is a bit about her:

Trilby Kent is the author of two novels for children and young adults. Her first, Medina Hill, was one of Booklist's Top 10 First YA Novels. The latest, Stones for my Father, was published by Random House/Tundra Books in North America last year and has since been released in the UK and South Africa. Her first novel for adults, Smoke Portrait, was published in the U.K. by Alma Books in 2011 and has since been translated into Russian and Dutch.

Trilby was born in Toronto and grew up in London, Miami and Boston. A graduate of Oxford University and the LSE, she has worked as a rare books specialist at a leading auction house, a freelance journalist contributing investigative, arts and feature writing to the Canadian national press and publications in America and Europe, and an academic editor. In July 2010 she was shortlisted for the Guardian's International Development Journalism Competition. She has contributed essays and interviews to such literary journals as The London Magazine and Slightly Foxed. Her short fiction has appeared in, among others, The African American Review ('Fallout'), Scrivener Creative Review ('King Leopold's Return'), Mslexia ('Stealing Their Churches Behind Them'), and Litro ('A Fine Woman'); 'The Dancing Telemetrist' was shortlisted for the 2009 Fish International Short Story Prize.
She is currently completing a PhD in Creative Writing at Exeter University and is represented by Judith Murray at Greene & Heaton.
Posted by Mary Hoffman at 01:01

Email ThisBlogThis!Share to TwitterShare to FacebookShare to Pinterest
Labels: race in YA fiction, Stones for my Father, Trilby Kent

What an excellent, thought-provoking post - thank you. Your book sounds fascinating (and I love that cover).

I agree one should not whitewash history. it happened that way.
if you are uncomfortable with the content don't read it but don't prevent others form seeking the knowledge for themselves either.
that is the crux of the dilemma I think. we have gotten so immured to other peoples sensitivities that we gloss over the hardness of our past.
the "re-wording" of classics like "Huck Finn" is censorship plain and simple. it should outrage every scholar out there who recognizes it for what it is. the slow and steady impediment to true knowledge.
In America the racism in certain parts of the country is still rampant. the reason "Huck Finn" is censored in those places is because those in power don't want the light of knowledge or truth, of their own sort comings, to be shown.
keeping people ignorant of their true past is a dangerous business, it leads to repetition of those same atrocities we try to overcome.
If we don't know how truly bad it was in the past, how can we change it for the future?
Revising and re-writing the classics for the "sensitive" is to undermine and underestimate our capacity to become better people. to learn from the mistakes of the past and say "we wont do that again".
in order to do that we must know, in full, what those mistakes are.
sorry this is such a long post.
as you can see it is a "hot Button" issue with me at least.
no round corners here!

This is a matter that much concerns me - I think you have dealt with it well and with consideration. I wish you every success with 'Stones' - telling the truth even through fiction isn't always easy.

It's ironic that Huckleberry Finn, a masterpiece that challenges the basis of racism, is being censored. One of the key points of the novel is that even Huck accepts that Jim is someone's property - that's just the way it is in his slave-holding society - but, because he also sees Jim as a human being with a family of his own, he nevertheless decides to "steal" Jim from his owner. Censoring it to remove references to slavery would remove the whole point of the book.