In early Georgian times it became fashionable, especially for well-to-do young men to speak 'cant' or slang; the language as spoken by the poor or more especially by the less-respectable members of society. Namely, the sharpers, the sharks, the bites, the wild-rogues, the varlets, the queer-bluffers, the rascals and scoundrels.

There is a lot of fun to be had. I've not yet been able to master the vocabulary fully enough to create a canting character, and in any case I think it might be bewildering for my young readership, but I do like to throw in a few Georgian expressions now and again. Some of these are cant and some are simply expressions that have fallen out of usage.

We had some discussions about some of these at the copy-edit stage recently. Because most are outdated and unheard-of now. Where would be the fun if they were still current? But who today knows about job horses, match-bays or wantyres? Horses are no longer our form of transport.
Nor do we any longer have such widespread suffering from gout, so the expression 'in the gout' to depict an ageing gentleman rendered grumpy, difficult and at times incapacitated by a painful condition is no longer familiar.
I also wanted a character to use the expression 'sick as a cushion' for comic effect. Then when called upon to defend it, I couldn't find it anywhere. One of my editors did track it down in the OED (hurrah!) but in the end we settled for 'sick as a parrot' which is probably more comic.
I haven't yet managed to work in 'farting crackers' to a manuscript (a cant term for breeches) although I fully intend to one day. But I did have to track down an era-appropriate term for a man's privates. I found tool, which I thought was comic without being crude. And did you know that a cant term for testicles was 'whirlegigs'? I don't even want to think about how that might have originated...
Here is the cover of the new book (publishing next June) that provided the fun: 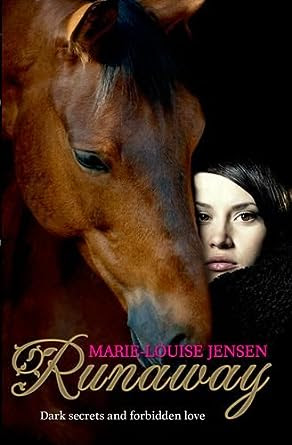 Posted by Marie-Louise Jensen at 01:54

I love the cover!

When I was a child, we had a swingset piece called a whirlygig. After reading your post, I'm not sure that sits right with me...

I suppose in all eras people have had their own way of using language to denote "membership" of a particular group or set. Interesting to here these old expressions.
Liz

My goodness, I didn't think I was that old! "Tool" was our usual term for the penis when I was a child (approx 35 years ago).

Probably by extension, it is also (still) a mild insult here in Dublin.

I think it is still around and makes immediate sense, which is why it appealed to me. And yes, it's a rare but sometimes used insult around here too.
People call their rotating washing lines whirlygigs too - worrying! ;-)