All in the Wrist - a guest post by Frances Hardinge

We have a special extra guest today, Frances Hardinge. 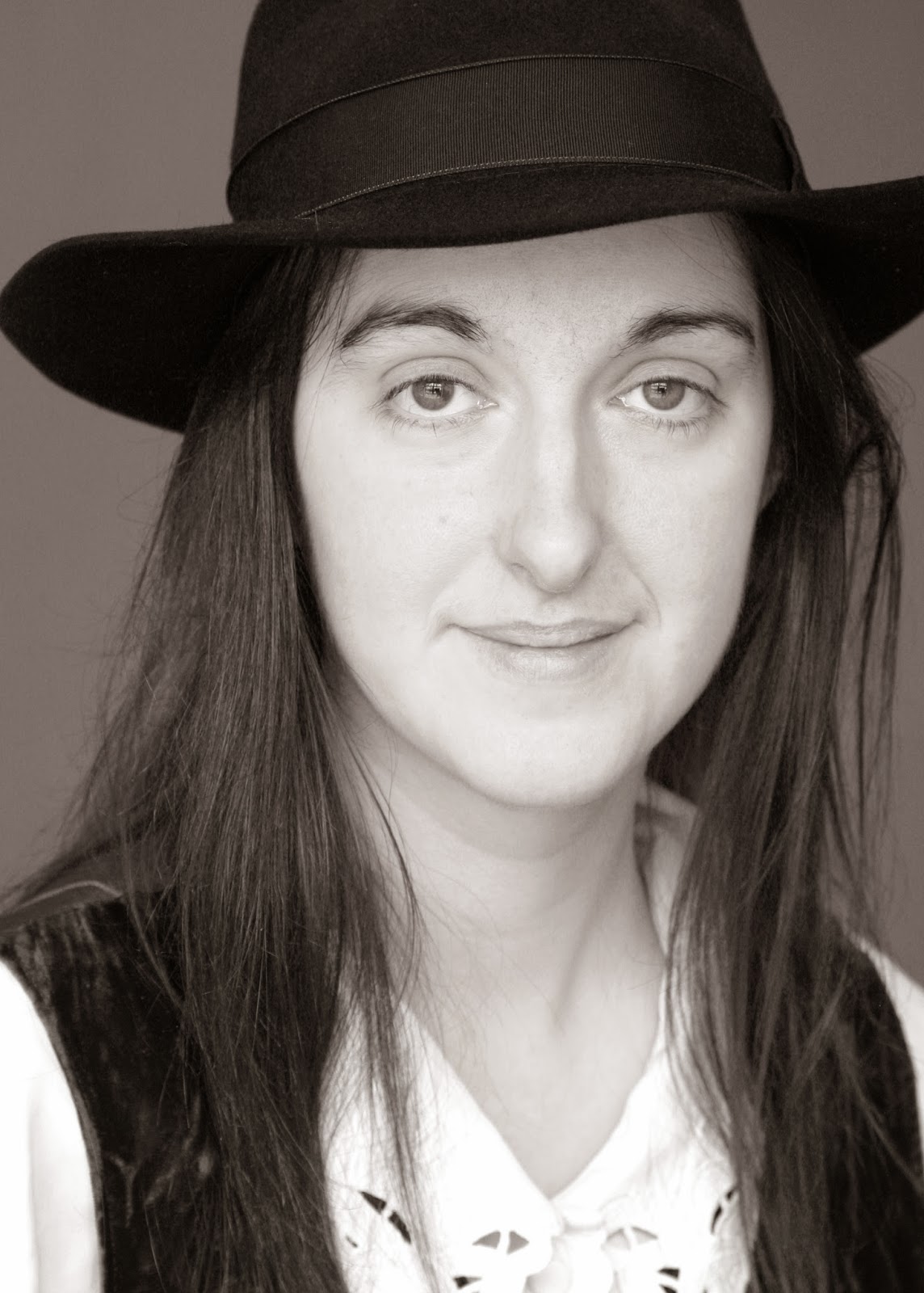 (If you have ever met Frances, you will know that the black hat is an invariable).

This is what her official biography says about her:

Frances Hardinge spent a large part of her childhood in a huge old house that inspired her to write strange stories from an early age. She read English at Oxford University, then got a job at a software company. However, a few years later a persistent friend finally managed to bully Frances into sending a few chapters of FLY BY NIGHT, her first children's novel, to a publisher. Macmillan made her an immediate offer. The book went on to publish to huge critical acclaim and win the Branford Boase First Novel Award. CUCKOO SONG is Frances' sixth novel.

What it doesn't mention is that Frances' books, although wildly inventive fantasies featuring everything from goose companions and floating coffee-houses to cheese tunnels and witches in wells, often contain an important historical dimension. It's something we don't often cover on the History Girls although members Katherine Langrish and Katherine Roberts write in the "historical fantasy" genre. So it's a great pleasure to welcome Frances to talk about an important historical element in her latest spooky and eccentric Diana-Wynne-Jonesey novel, Cuckoo Song.

Over to her:
Right now I am wearing something quintessentially feminine, which no self-respecting man would consider putting on.

What is it? A wristwatch.

Naturally any gentleman would be carrying a sensible, sturdy pocket watch. A watch bracelet is women's jewellery, too frail and ornamental for a man to wear...

Before World War I, this was exactly how “watch bracelets” or “wristlets” were generally regarded. In a much-repeated quote, one gentleman even declared that he “would sooner wear a skirt as wear a wristwatch”.

I stumbled upon this detail during my research for Cuckoo Song, a book set in the aftermath of the First World War. The male suspicion of the wristwatch surprised me. Surely it must have been obvious how practical such an arrangement would be? Apparently not. Wrist watches were considered too small to keep accurate time, and too vulnerable to dust, weather and shocks.


The wristwatch was an old idea, but had been slow to take hold. The Earl of Leicester allegedly gave Elizabeth I an “arm-watch” in 1571. The Clockmakers' Museum have an exquisite, pearl-studded Broillal watch with a black velvet wrist strap, dating from about 1780. In 1810 the Queen of Naples commissioned a watch on a wrist-chain from the Breguet family. However, these were luxurious novelties, and very rare.

Jewelled wristwatches became more common amongst aristocratic women in the latter part of the Victorian era. After the turn of the century, wristlets became more affordable, but were still elegant works of art in their own right, fastened to the wrist with bracelet chains or ribbons.

Most men of that time would not be seen dead in a wristwatch. Curiously enough, the few exceptions were all men with very real odds of 'being seen dead', who wanted to keep those odds as long as possible.

For military officers who needed to keep their hands free for their weapons or horse reins, fumbling for a pocket watch was not only time-consuming, it was dangerous. By the end of the nineteenth century, a smattering of officers from various nations were using wristwatches on campaign. One story claims that this was inspired by a German artillery officer who grew tired of scrabbling for his pocket watch whilst timing bombardments, and instead strapped it to his wrist.

The other early adopters were pilots. Timepieces were vital for aerial navigation, allowing one to keep track of distance travelled. Pioneering aviators had enough problems keeping their flimsy and erratic machines in the air, without having to root around for a pocket watch. One prize-winning aviator, Alberto Santos-Dumont, complained so bitterly about this pocket watch trouble that his friend Louis Cartier designed a pilot's wristwatch and named it after him.

The early male wristwatches were essentially pocket watches tied to the wrist. Some even had a sturdy leather strap with a built-in socket, so that a pocket-watch could be slotted inside, then removed at will and worn in the pocket. Others were constructed using pocket watch movements and cases, but with flimsy wire lugs attached so that a strap could be fastened to them.

It was the Great War, however, that finally changed men's attitudes towards the despised wristlet.

In the trenches, assaults had to be carefully timed and co-ordinated, and soldiers could not afford to be delving under multiple layers of their uniform whenever they needed to read the time. Suddenly the few companies producing military-style wristwatches were deluged with orders from infantrymen. The US Army bought wristwatches in bulk for their forces, but the British War Department eyed them with more suspicion. Surely wrist movements would disarrange the delicate cogs? By 1917, however, they agreed to order a trial batch.

A lot of WWI 'trench watches' had 'shrapnel guards' protecting the face. Some of these were metal grids, or perforated shields through which the face was visible. Others had full hinged covers like the front of a “hunter” pocket watch.

The first watches to have luminous hands and numbers were WWI trench watches. Unfortunately the paint used was a mixture of zinc sulphide and radium, which was radioactive! (The health risks from radium was less well understood at the time. Then again, pilots flying night missions in open cockpit planes over hostile territory probably had other health risks on their minds.)

After the Great War, many veterans continued wearing the watches that had served them so well. Nobody was inclined to mock the nation's soldiers for their choice of wrist ornament. The service watch became a badge of honour, and from this point men could wear wristwatches without embarrassment.

I wonder whether the practicality of wristwatches would have been recognised sooner if women had not already been wearing them. Since they were female fashion accessories, surely they could only be flimsy, foolish and impractical? Like women themselves, the wristlets proved during the Great War that they were not simply frail ornaments, but could stand up to practical challenges. Afterwards, neither could be regarded in quite the same way again. 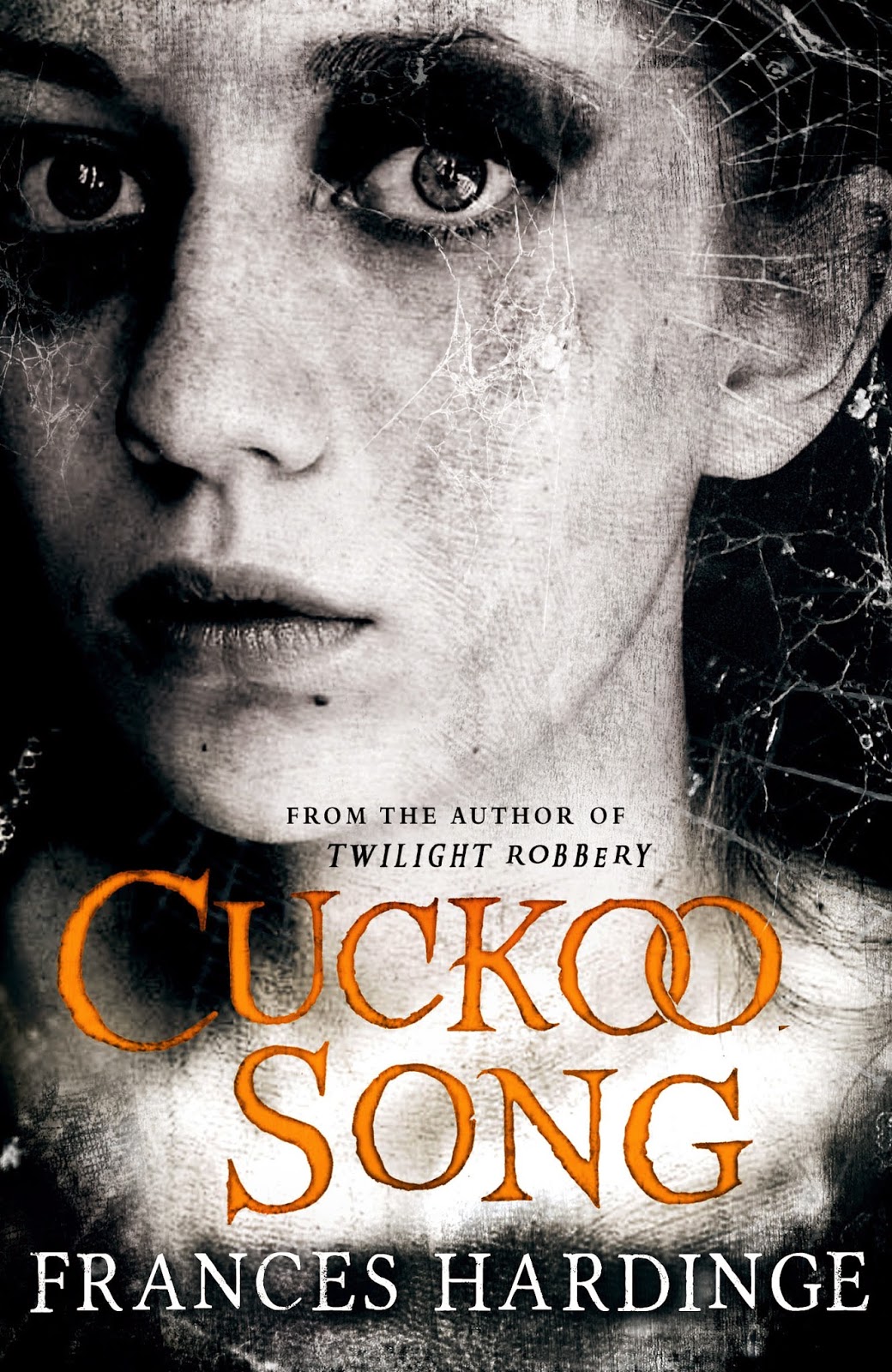 Frances' new novel, published by Macmillan, in which a WW1 wristwatch becomes very significant. You can read more about it on her website.

Thank you for this, Frances. I didn't know that, about wristwatches - and what fascinating historical insight!

Fascinating. I wasn't aware of the gender issue of wristwatches and certainly had no idea that the wristwatch was around in Elizabeth I's reign.

Well, how about! I had no idea. Fascinating.

This is fascinating, Frances! I was only thinking the other day that it's about time someone designed a mobile phone earring so people don't have to walk around with them jammed to their ear... maybe that'll be the next ladies' fashion accesory a man won't be seen dead wearing!

What an interesting post, Frances. Having recently spent a couple of days without any wristwatch (one stopped and a decorative one lost) I feel very aware of the usefulness of a good, practical easy-to-read wristwatch right now.

Presumably, the feminine image arrived because "ladies" wore them for display and ornamentation? Watches would not be worn by any of the poorer "servants" or manual workers - not only would they not be able to afford them, but the watches would get damaged by any wet and dirty work. Too uppity as well, I guess, when you had the master's clock on the factory wall. Interesting how wrist-watches grew in popularity because of the war & weaponry. Was the nurse's brooch-style watch developed for such practical military purposes, i.e. to be kept up above any washing water, fluids or gore?

Weight lifting straps are a very useful tool to help anyone using heavy weights get more reps out than they would have otherwise have done.
weight lifting wrist straps

Makes me wonder why bamboo watches have just been introduced. One would think through out history before the advent of plastics wooden watches would be the preferred.

Awesome post.Thanks For share this post wit us. Every guy with a way of favor is aware of that nothing man leather bracelet in Nursing awful look quite just like the right accessories. A try of luxury cuff links, Bond glasses, comfy and sleek shoes: all of those things will bring your daily vogue along.

Oh God, I really didn't know men back then treated wrist watch like that. No wonder why my mom calls me old fashion, because I myself, hate wrist watches. My mom bought a Rolex for me on my birthday from an online Store called The Watch Cabin and trust me, she flooded the entire internet with The Watch Cabin Discount Codes and still couldn't find it. Later she decided to buy it without any code, it was quite expensive though.