Welcome to The Heroes' Wecome by Louisa Young

June has been an unusual month, with two of our History Girls, who have been with us from the beginning, nearly four years ago, having big, big novels out that are receiving a lot of attention. On June 1st I interviewed Michelle Lovric about The True and Splendid History of the Harristown Sisters and now I have the opportunity to do the same with Louisa Young and The Heroes’ Welcome.

In January 2012, the History Girls did something we’ve never done before or since – we took over the blogpost date of one of our number and devoted it to rave reviews of her novel Louisa had suffered the loss of her fiancé, the composer Robert Lockhart, and we wanted to rally to her but it wasn’t only that. So many of us had read My Dear I Wanted to Tell You and it had had a tremendous impact, creating quite a buzz among the HGs. 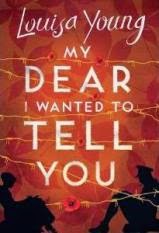 In the months that followed we were thrilled to see the success of the book – a Richard and Judy pick, shortlisted for the Costa, winner of the Audiobook of the Year at the Galaxy Awards – all the while knowing how hard it was for Louisa to rejoice at that while going through such a difficult time personally.

So there was a big investment in knowing that – two years on – the sequel was coming out. The Heroes’ Welcome takes us on to after the end of the Great War in 1919.

The first book tells the story of Riley Purefoy, an intelligent working class boy and his sweetheart, Nadine Waveney, who comes from a higher social class. They are both damaged in different ways by the war but find their way back to each other and to what they had before guns and trenches and grenades did their work.

That doesn’t mean that everything is easy or straightforward and their ability to be at cross-purposes while loving each other so deeply is both moving and instructive.

The other couple who take almost as big a share of the stage in the Heroes’ Welcome are Riley’s old commanding officer, Peter Locke and his wife Julia. Peter’s physical wounds are minor but his post-traumatic anguish drives him to a life circumscribed by whisky bottles and Homer. Obsessively he reads about the death of Patroclus but, returning to his Ithaca, he finds it impossible to relate to his Penelope.

Julia is damaged too but believes, wrongly, that if she just loves Peter enough, he will get better. She is no better at relating to their son Tom, who is bundled back and forth between his horsehair-stuffed grandmother and his parents. 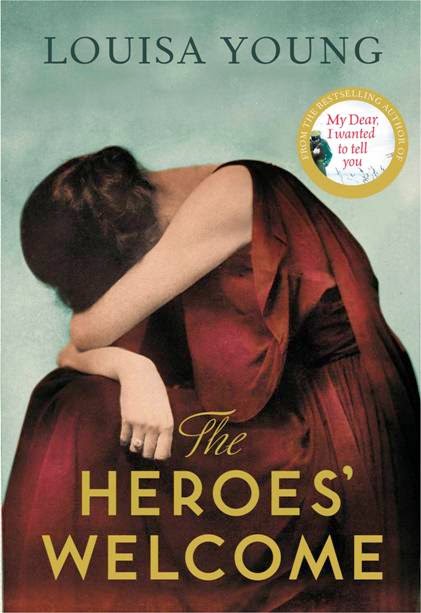 As a reader, one is put through the wringer – by Riley and Nadine’s painful struggle to be a “normal” married couple, by Peter’s frozen state, by Julia’s agonising attempts to rescue her husband and by her ultimate fate.

But there is so much hope too in Riley’s rehabilitation and his production of the kind of pamphlets useful to the men who come limping back into civilian life. And in the future that can happen for Peter’s cousin Rose who is able to stop looking after everyone in the family and train as a doctor.

By the time the book ends in 1927, those who survive have begun to live again and there is even new life to celebrate. But Louisa has described in forensic detail exactly at what cost that hope is achieved. “Died of wounds” is the poignant description of what happens to many ex-combatants but in The Heroes’ Welcome we see that it can happen to civilians too and that not all wounds are visible.

This was another book I had the luck to read in proof and I heard bits of in Venice even before that last October, so I knew it would be another terrific read. It already looks set to be as admired as My Dear … with excellent reviews in The Times, Observer and Guardian.

“So good, so strong, so accomplished, so emotionally powerful,” said Philip Gwyn Jones on Radio 4’s Open Book. And it’s true that these characters, particularly the five principals I have mentioned – and Jack Ainsworth, who is not in the second book for obvious reasons – now feel like people I know and have not just read about.

When I caught up with Louisa this month at the British Library, where she was working on book three, I had already started to re-read The Heroes' Welcome and have finished it since, in heart-in-mouth mode, even though I knew what happens.

I began by asking whether there had always been going to be three books.

Louisa: ‘My Dear, I Wanted to Tell You’ can easily be read as a standalone novel. But it did soon become clear to me that there would be more.

Mary: I always felt strongly that Riley and Nadine would be all right, no matter what happened, even though you put them through a lot.

Louisa: I couldn’t do anything so evil to them as to not let that happen.

Mary: Even though some pretty evil things happen to others?

Mary: Towards the end of the current book, Nadine discovers some Italian cousins she didn’t know about, which is going to be important for the rest of the story. Tell us about your own connections to Italy.

Louisa: I’m a classic Inglese Italianata: conceived there and never got over it. Nowadays I ‘divide my time’, as the author biogs used to say.

Mary: What else can you tell us about the third book, which you are writing now?

Louisa: It’s set partly in Rome and northern Lazio, with these Italian cousins, and takes us up to 1939. Then a fourth book continues what happens in Italy during the war .

Mary: So we will be definitely dealing with the next generation – Tom, Kitty and the Italian cousins. [You will have to read THW, to find out who Kitty is]

Louisa: Oh yes. Tom is pretty much the hero. The new books also approach the complexities of the lives of the Fascist Jews of Rome in the 1930s and during the war, which unlikely as it sounds was a real thing.

Mary: Can you tell us anything about what happens to Rose, Peter’s cousin, who trains as doctor in the 1920s?

Louisa: Rose, again, is someone who deserves a happy ending, and I’ll see what I can about giving her one.

I learned a lot more about book three, currently without a title, which will come out next summer, but if I told you, Louisa would have to kill me.

So I’ll end with a passage from The Heroes’ Welcome.

Riley realises that he needs Peter to be saved as much for his sake as for Peter’s own survival. Peter asks him if he knew what the Sirens sang of to bound Ulysses and his ear-plugged crew. Riley guesses Love, but that is not it. Peter tells him:

“You’d think it would be that, wouldn’t you? Or of some idyllic home they had all come from and were travelling to. Each to their own Ithaca. But no – the Sirens were in a meadow of beautiful flowers and corpses, and they sang songs of the heroic past. Of heroes of war. They sang the truth about the past. That’s what it was not safe for the returning soldiers to listen to. Succumb to that and your ship wrecks, and your companions die. You have to sail on, sail on, into the future. Odysseus was tied to the mast, so he could hear the song and yet survive it. He is tied to the vehicle which carries him into the future, and yelling to be released, to be allowed back into the past. Arcadia – the past – is death. Do you see?”


Louisa Young tells the truth about the past but is very good about sailing on into the future.

Email ThisBlogThis!Share to TwitterShare to FacebookShare to Pinterest
Labels: 'My Dear I wanted to Tell You', 'The Heroes' Welcome', Louisa Young, Mary Hoffman

Thank you for the interview. Heroes Welcome is simply a beautiful yet disturbing book, capturing the fractured spirit of the time, showing how the end of the Great War was just the beginning personal wars of survival for a group of its victims who became my personal worry because of the power of the first book. That's how engaging the two volumes are.

PS What lovely photos of you, Louisa!

I recommended 'My Dear...' to a friend last year who organises WW1 battlefield tours - she loved it, and was in touch a few weeks ago to say she'd read 'The Heroes' Welcome' and that it was wonderful too. It's a treat in store for me!