Austerity – then and now by Emma Barnes 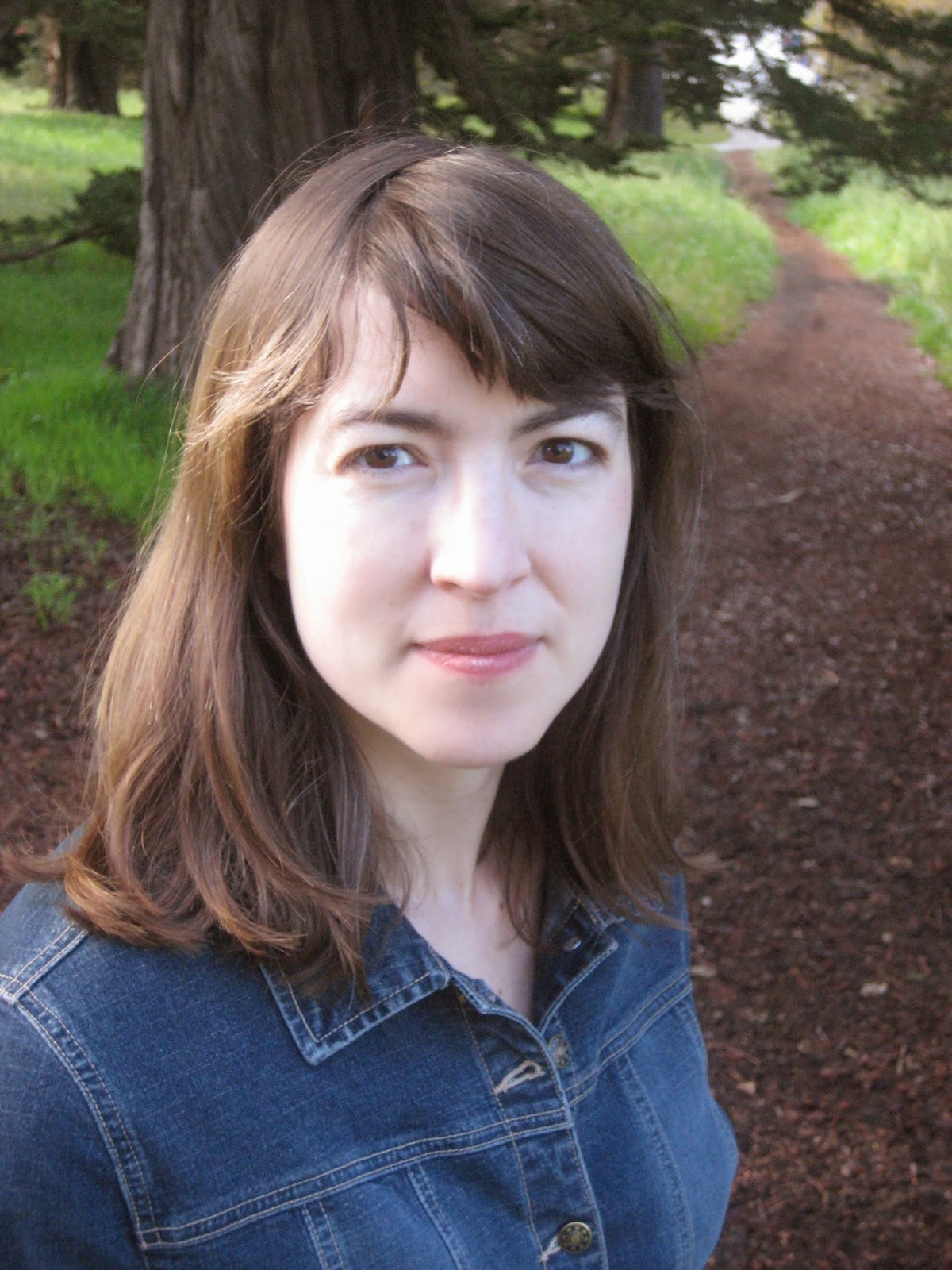 We have another visitor this month - Emma Barnes - talking about her new novel, The Girl from Hard Times Hill.

Emma Barnes writes books for the 8-12 age group, and recently won a Fantastic Book Award for Wolfie, the story of a girl whose pet dog turns out to be a wolf.  Her new series, Wild Thing, features the naughtiest little sister ever and has been described as "hilarious and heart-warming" (The Scotsman).  The Girl From Hard Times Hill is her first venture into historical fiction.

For a long time, I’d been interested in using my mother’s childhood as the basis for a book. She’d often told me about her experiences growing up in South Wales immediately after World War II. Some of these were challenges particular to the time – a father who served overseas in the RAF both during and after the War, and the resulting relocations for family members. Others were the more everyday experiences of a working class childhood – coal fires, music hall songs, washing day - which already seemed very remote, both from my own childhood, and still more so from that of my daughter and her contemporaries.

The resulting story has just been published under the title The Girl From Hard Times Hill. It’s about Megan, who has always lived in her grandparents’ house in working class Llanelli, in a modest terraced house. Now her father, who has been serving with the occupying forces in Germany, is coming home, and for Megan this represents a complete upheaval to her life. Furthermore, Megan has been told that if she works hard she may pass her Eleven Plus and go to Grammar School, and this represents the frightening possibility of separation from her friends.


It’s a fairly short book, and inevitably some of my mother’s childhood has had to be altered and simplified. However, I hope it’s true in its essentials. In writing it, I’ve had the great advantage of being able to check details against my mother and aunts’ recollections. I knew that Megan could have roller skates, and spend her spare time racing the neighbourhood children, because that is what my mother did. I knew her father could bring her new skates home from Germany. I knew there would be open fires in the school classrooms, a toilet in the back yard of the house and chamber pots under the beds (emptied each morning by her grandfather). I knew Megan and her friends would love to stand on the railway bridge and feel the steam from the trains. I knew the children would call each other from the back alley by shouting “Pammy-oh” or “Davey-oh”, and that they played marbles in the gutter. I knew which musical hall songs her grandmother (“Nana”) sang. I knew about the suicide of a Jewish- German refugee, an aquaintance of the family. I knew all this because my mother and aunt told me.

Perhaps a greater challenge, then, was less in the details but what I felt about the period as a whole. The book will be read in schools, and will help portray the “Austerity Britain” to twenty-first century children who are experiencing a different kind of “Austerity”. To them, the commonplaces of Megan’s post war childhood - an outdoor lavatory, torn up newspapers for toilet paper, a tin bath in front of the fire, several siblings to a bed, gathering horse dung for compost or fuel – probably represent hardship enough. Nevertheless, I wasn’t sure that I wanted to give the impression it was all “hard times”.

For one thing, it’s clear to me that my mother’s childhood, during the period related in the novel, was a very happy one. At a national level, there is no doubt that Britain faced major difficulties postwar. The country was virtually bankrupt, and this was experienced by it citizens through rationing that was even more severe than during the War itself. There were queues, bomb damage, a housing shortage. But for my mother, these barely featured. Her grandparents provided stability and affection (and a stock of sayings, songs and stories which I later grew up hearing). There was an extended network of uncles, aunts and cousins. There was the routine of school, and the entertainment of the cinema every Saturday morning, a weekly comic and books from the public library. And there were all the joys of “playing out” on traffic-free streets: roller skating, hopscotch, skipping, tree-climbing, wall-walking, exploring (a freedom modern children might well envy). It was the threatened loss of these things which meant, for Megan and my mum, “hard times”: not material deprivation.


Things may have looked less rosy, of course, to older family members (who are unfortunately not around to ask). Certainly for my grandparents (the models for Megan’s parents) there was considerable upheaval: the separations and relocations, the problems of finding work and housing. It was particularly hard, I think, on my grandmother, who struggled to cope with small children and an absent husband. For Megan’s Nana (based on my great-grandmother) there were the burdens of queues and rationing, and of clothing and feeding a family, including various children and grandchildren that she would not have expected to be her charge.

Even so, these trials have to be put into context. For working class families, times were hard long before Austerity. My great-grandmother left her many brothers and sisters at the age of twelve, to work as a live-in nursery maid to a family in Cardiff. She was overworked and homesick (an experience Nana relates to Megan, when Megan herself is forced to move reluctantly to Cardiff – but with, as Nana points out, continued schooling and in the care of her family). This tough beginning was followed by the backbreaking work of raising eight children, one of whom died in infancy, a husband who served in World War I (and miraculously survived), the loss of her home, and the dreadful depression years of the 20s and 30s. World War II saw the arrival of various family members to take refuge. Were postwar shortages so tough compared to what had gone before?

And what about my grandfather (the model for Megan’s father)? During a desperately poor childhood he sold damaged cakes to raise a few pennies for his mother; he could not take up the chance of a better education because his family could not afford it; and he was forced to leave school at fourteen and join the RAF. This was in many ways the making of him (he travelled, and became a trained aeroplane mechanic) but he also endured the hardship of prolonged separations from his family and what seemed like endless stretches of boredom and frustration during World War II. The hard times that Megan experiences in the book, by contrast, are often the flipside of new opportunities: men returning from the War, new jobs, new homes, new educational possibilities.

The question of how hard these “hard times” were, and for who, is a wider historical question. It is likely to have been the middle classes, used to some pre-war luxury, who most bitterly resented postwar rationing (the British Housewives’ League, set up to oppose it, was a very middle class organization, founded by a vicar’s wife). It’s harder to assess working class experience directly because personal accounts (from Mass Observation and other diary evidence) tend to be middle class. But for the working class, rationing probably ensured a better diet than that of the impoverished pre-War years. There was also high employment, the free medical care brought by the founding of the National Health Service in 1948, and (especially for those who, like my mother, passed the Eleven Plus) better educational opportunities. Certainly the working classes continued voting Labour: it was former Liberal voters who punished the government for Austerity by flocking to the Conservatives in the 1951 election.*
I’ve been able to use the older characters in the book, and their reminiscences of earlier hard times, to provide some of this context. And Megan herself realizes eventually that some of the changes she so bitterly resents may also bring advantages. Perhaps she might be the first in her family to think about training for a profession – as a doctor. Further, although she does not want to leave her grandparents to live in Cardiff, and hates the strict, Victorian-style Grammar School, they are hardly the end of the world. This is something she only realizes clearly when her friend Davy’s father, a Jewish refugee from Germany, commits suicide. “Sometimes, these last months, I’ve felt I was living on Hard Times Hill. But I never was, really. It’s you that’s had the hard times.”

It’s a short book, but I hope it’s long enough to convey to those reading it a nuanced impression of the times: continuing hardships, but also new opportunities; inevitable unheavals, but also changes for the better. “Austerity” then, as now, is a loaded term. Much depended on who you were – and what you thought of what came before, and of what might come after. 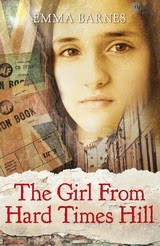 * For those who want to read the social history of the period, I’d strongly recommend David Kynaston’s Austerity Britain.
Posted by Mary Hoffman at 00:01

Really enjoyed this, Emma. It seems your family's experience matches mine in many ways.
Wishing you as much luck - or even more! - with this book as with 'Wolfie.'

I still have my mother's and grandmother's knitting and sewing books from this era, and I'm always amazed at the clothing 'recycling' that seemed normal - cutting up adult clothing for child sizes, making clothes from undamaged sections of old sheets and towels, unravelling worn knitted garments to re-use the wool.... today's austerity pales in comparison.

Fascinating to hear the background of the book - and those faces in the photos - why do they break your heart like that? Is it because they all are so young, and our past is their future? Any way - thanks for posting!

Fascinating post, Emma, and now I can't wait to read the book. How young and vulnerable your grandparents look! I love old photos.

Maryom, as late as the mid 1970s I was sides-to-middling worn sheets - and we bought all our baby stuff secondhand, even mattresses and pillows (which makes me cringe a bit now!)

Thank you for your comments. Yes, they do look (and were) very young. I suspect I'd have coped very badly with all life threw at them.

Thank-you for sharing such a fascinating story, Emma.

Sounds a really interesting book, Emma, and just the right mix of historical detail and the emotional drive of the story for young readers. Wishing the Girl from Hard Times Hill well.