Talking About Our Generation by Kate Lord Brown 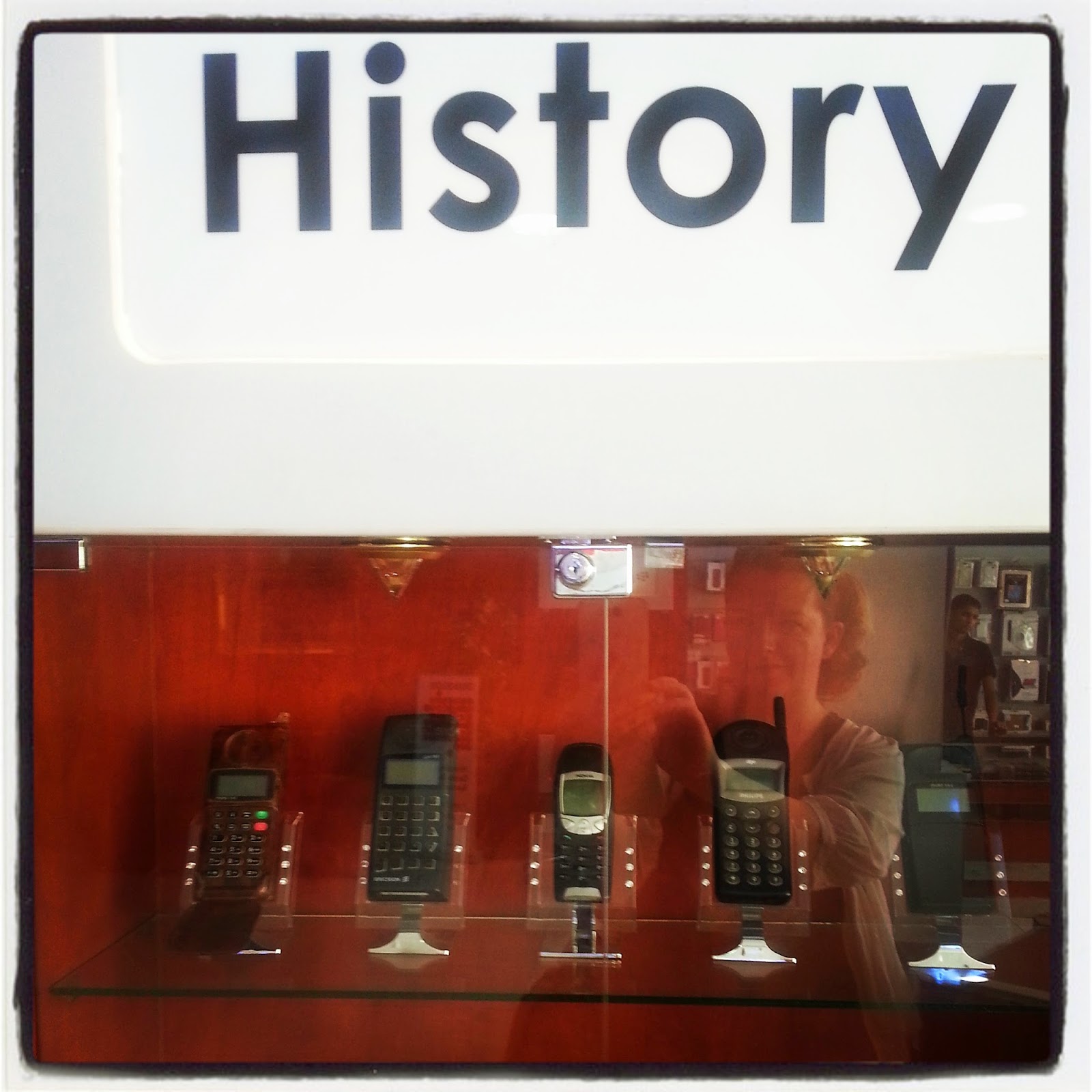 How do you define historical fiction? Is it fiction set in the past? Over thirty years ago? Or set before the living experience of the writer? I've just finished the new draft of a novel set in the 1970s - so it is 'historical' if you use the 30 year rule. It is certainly ancient history to a group of schoolchildren I spoke to recently about 'bringing the past to life' - I showed them pictures of a penny farthing and a Chopper. Guess which one they thought we rode in the 1970s.

Yesterday involved a long, hot visit to the phone souq, thanks to a catastrophe involving an end of term pool party and an iphone, and there was plenty of time to ponder how accelerated our lives are now, and the rapid advances in technology. The display case in the photo above caught my eye. Nothing dates a work of fiction whether it's a novel or a film quicker than the technology used. The 'History' display reminded me of my first mobile, bought for my first job driving hundreds of miles around East Anglia for an arts festival. 'Brick' is an apt description. Researching old phones last night I came across these curious clips from 1928 and 1938 which claim to show early (or time travelling?!) users of mobile technology. A relation of the young woman shown has come forward recently to say that the factory was developing early wireless technology:

Anachronisms are the bane of historical fiction writers' lives - it is so easy to slip up, and there is always a kind reader ready to point out mistakes. Thinking of History Girls of the future, I feel for them, trying to keep track of  which phone, or computer, or tablet was around at the time their novels are set. Everything is changing so fast. I began my writing 'career' penning love letters on the Exe Valley school bus for friends to send to their boyfriends at the local boarding school, and still prefer pen and ink. My children are still taught cursive script at school, but are far more adept at keyboard skills. Dad's first computer, a huge Commodore that took up half his office in the 70s probably had less power than the dear, departed waterlogged iphone. Learning to type on huge clunky manual typewriters in the late 80s under Mrs Leach's formidable eye, ('I typed Le Carre's novels, girls'), early green screen computers were used for the 'word processing' Pitman's certificate, rather like those in 'Jumpin' Jack Flash': 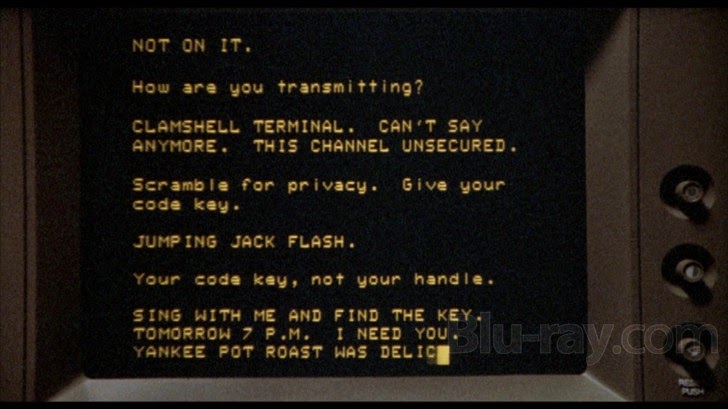 That script, with Jonathan Pryce's delicious voice bringing the typed words to life, was one of the more successful uses of technology in fiction - but boy does it look dated now.

One of the best things about writing historical fiction is that the need for suspense is supported by the lack of technology. Waiting for a letter is endlessly more romantic than the instant gratification of an email or the ping of a text. Ink and paper or an 'I luv u', which would you choose? If we are, as some believe, heading towards an Omega Point of singularity in 2040, a convergence of technology and humanity, I wonder what lies ahead for future History Girls. It is enough to keep you awake at 4am, but as long as even Apple's finest is fragile enough to be thwarted by a pre-teen diving into a pool with it in her pocket, perhaps we have a few years yet to ensure the future is bright.

Historical fiction doesn't have to be set hundreds of years ago! Two of my three pieces of historical fiction were set in the 1960s, but I remember how impressed I was with a novel set only a few years before, centred around a historical incident; all these years later it really does feel like history, not just a dated book.

Yes, technology has really speeded up,hasn't it? You read a piece of science fiction written in the forties or even sixties, set hundreds of years in the future ad it still has computers big as a room and girls using typewriters in the secretarial pool! Or it predicts something we have had centuries before its setting, eg Star Trek's floppy disks, which have come and gone.

I still love Jumpin' Jack Flash, but you couldn't do that today, because communication has changed so dramatically. :-)