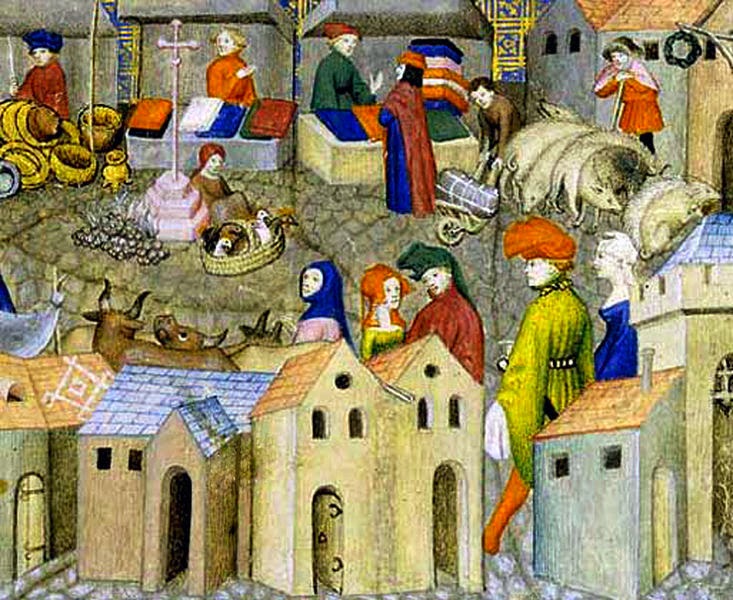 On 8th July every year, until the draining of the fens in the 1700's, the common land around a hamlet called Brothertoft, near Boston, on the Lincolnshire Fens would be invade by several hundred people and thousands of sheep all converging for the annual Drift Toft Fair. The sheep from all the tofts scattered across the area were driven to the week-long fair by the Fen-Reeves to sell to the merchants, farmers and butchers of Boston and the south.

For the week of the fair, people were housed in 30 large boothies erected to shelter them and they were fed by the locals who earned a good income from selling them ale and food. Aside from the serious business of selling sheep, evenings were spent in a riot of drinking, dancing and matchmaking, for it was not often the isolated fenlanders had a chance to meet up and enjoy themselves.

But where there are crowds there are criminals and the Drift Toft Fair became notorious for the crime of comassing, when cut-purses took advantage of crowds and men sleeping off drinking-bouts to slip purses and other valuables into their own sacks. 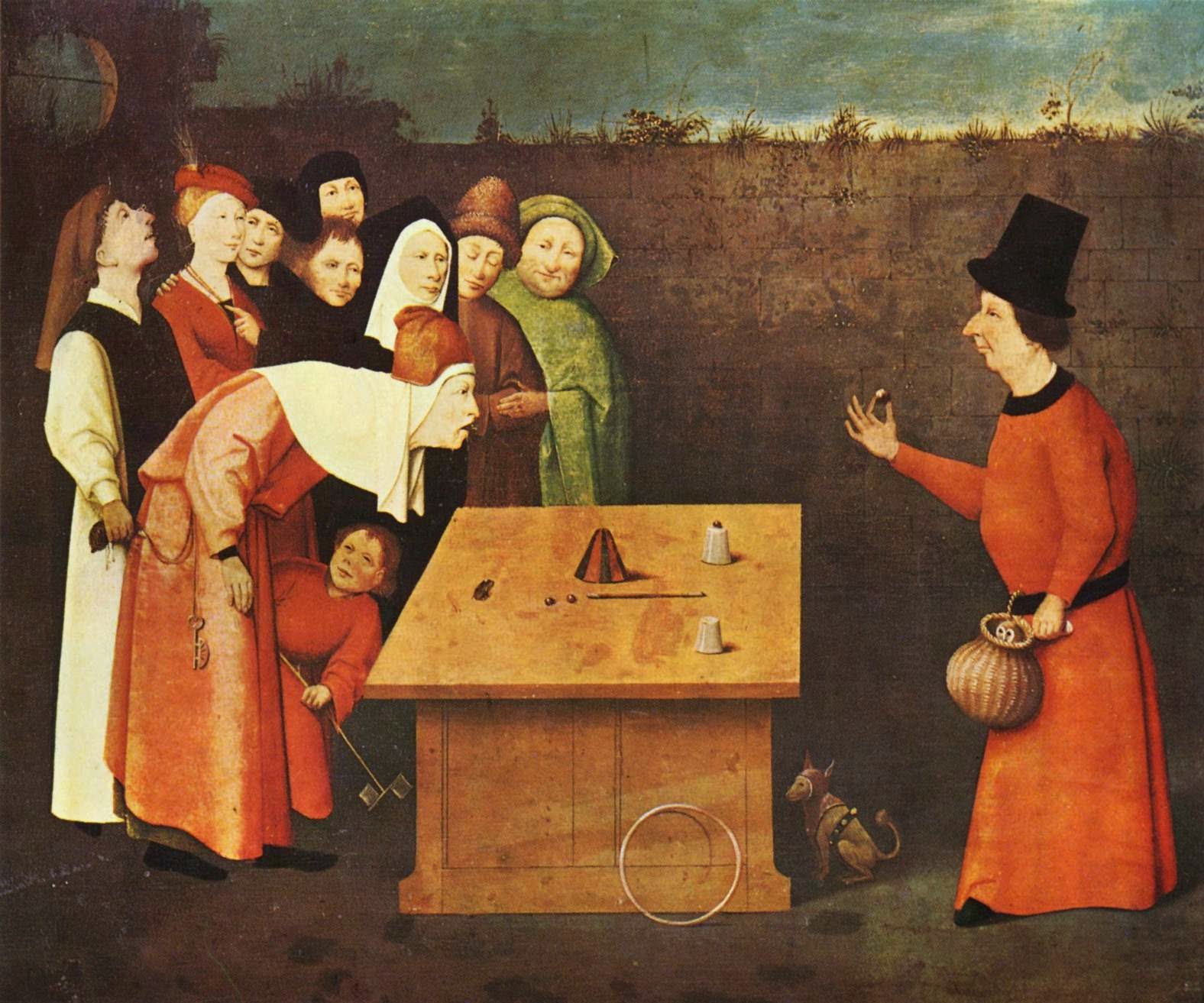 It is often said today that if punishment for theft was tougher it would discourage such crime. But it is hard to imagine tougher penalties for theft than those imposed in the Middle Ages where even minor robbery could be punished by flogging, branding, mutilation, and execution. These sentences seemed to do little deter to career criminals in the Middle Ages, presumably because they did not believe they would be caught or if they were wealthy thought they could bribe their way out of trouble. Many thieves protected themselves with amulets such the hand-of-glory – a mummified hand of an executed man - that they believed could open any lock and would send all those in the house to be robbed into a deep sleep if a burning candle of human corpse fat was set in the fingers. 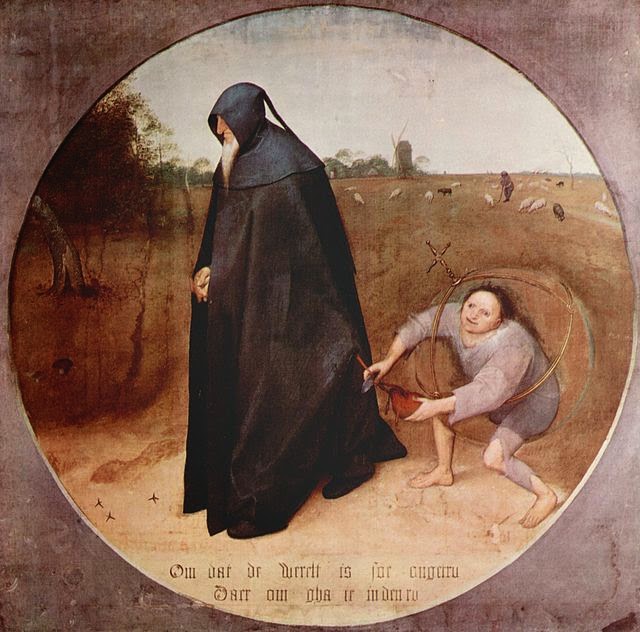 Many people in the Middle Ages stole from desperation, but that certainly wasn’t true of all. One of the most audacious robberies took place in 1303 when Richard Pundlicott a merchant dealing in butter, cheese and wool confessed to having tunnelled into the crypt of Westminster Abbey where Edward I stored the royal treasure. Richard claims to have disguised the entrance to the tunnel with quick-growing hemp so he could work for months undisturbed.

He stole goods to the value of £100,000 which it took him two days to remove and was so great a haul, he had to bury some of it St Margaret’s churchyard. After spending two days getting drunk with some friends in a house that was in the grounds of Fleet prison. Richard and his companions returned to raid the treasury again. It was only when the gold and silver items found their way onto the London market, that the thefts from the abbey were discovered.

But many suggested that the tunnel was pure fabrication to cover up the guilt of the monks involved in the robbery and in particular Adam of Warfield who was the Sacrist of the Abbey. The walls of the crypt were 13ft thick and since Richard was a regular drinking companion of Adam, he could easily have simply let him into the crypt. Adam, the Sacrist, along with several of the abbey’s monks were found to have some of the loot stashed in their rooms. Many claim that it was scarist himself who masterminded the theft. 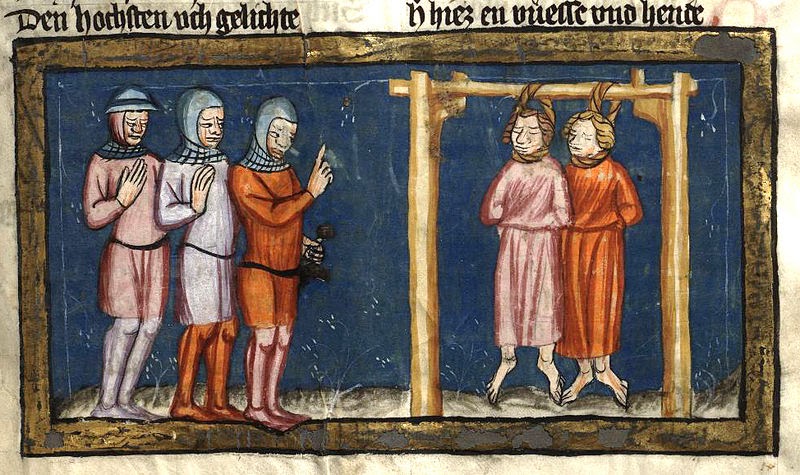 A commission of investigation was setup and Richard Pundlicott, Adam of Warfield and several other monks and laymen were found guilty. Adam and the monks claimed benefit of clergy to avoid being hanged. Richard tried to do the same, but he was not so lucky and was hanged along with five other laymen. So was Richard a daring robber or merely the fall-guy for a cleverer man? History’s jury is still out on that one.

What wonderful pictures too, thank you. Those poor non-clergy being ticked off even as they hang, and the wonderful cut-purse at his work - but what orb of gilt/guilt surrounds him?