In the summer I took a short cut through the British Museum.  I had just recorded a short Vox on ‘Why I Write’ for the Royal Literary Fund Showcase and was on my way to the British Library, where I had a stack of books waiting for me.  But I couldn’t resist the lure of The Waddesdon Bequest, and I was right in the middle of reading Ali Smith’s expectation-defying and utterly brilliant How to be Both.  This a book that urges you to look at both art and narrative more intently, not least because you read it knowing that half your fellow readers will have experienced it in the opposite order.  (In case you're wondering, my library copy started with the Renaissance story.) 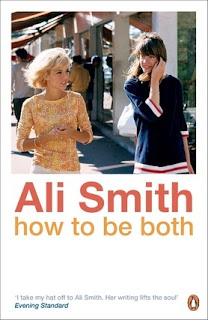 My curiosity was rewarded.  The new gallery, which opened in June, has the enticing feel of a Schatzkammer or treasure room, designed to display a rich collection of intricately precious objects in a way that allows that every tiny detail to be appreciated and admired. This is a Renaissance collection created by two barons: Anselm von Rothschild of Vienna and Frankfurt and his son Ferdinand, who became a British citizen in 1860, and built Waddesdon Manor, after which the bequest is named.

I didn’t have time to make notes or take photographs, although some images are available online. What do I now remember?  A series of narratives which made me want to return.  They are nearly all writ small but loaded with promise.  The stories of objects alongside stories told by objects.  Some examples: a series of boxwood prayer-nuts – the most intricate and delicate carving I’d ever seen -  tiny virtuoso displays of virtue (and wealth of course) that could be held between finger and thumb; a black man wearing a jewelled collar or chain which made me think of Leo Africanus being captured by pirates and taken to the pope, or Othello after he has murdered Desdemona; portrait miniatures of exactly the kind Olivia gave to Viola in Twelfth Night with the words ‘Wear this jewel for me’; architectural jewellery like these two elaborate hippocamp pendants, made of gold, emerald and pearls.

This one is probably from sixteenth-century Italy:

This one is now thought to be a nineteenth-century Spanish fake:

So here's a display which also and rightly tells stories within stories – not just how collections are formed, but how the desires of extremely wealthy and influential collectors can create demands that backfire, so remarkable imitations sneak into their treasure houses, and display themselves alongside 'the real things'.

I had a brief fantasy of being in a position to take this shortcut through the museum every day for a year, and devoting five minutes to gazing at a single object each time.  But those library books were waiting for me.  I had stayed too long already.  And then, as I rushed through the Great Court and into the Living and Dying room, heading for the back door which leads to Russell Square, I realised it would be stupid not check if the Museum couldn’t help me with the book I’m writing at the moment. I can’t get myself to the nineteenth-century Pacific, or even twenty-first century Polynesia, sadly, but surely this would be a good place to try to fill in some of the many holes in my imagination and knowledge.  And what should I find in room 91?  An exhibition all about barkcloth: fabric made from mulberry bark known as tapa.  Exactly what I’d just been reading and wondering about. I could actually touch and feel it. One exhibit, from 1940s Tonga even had spitfires on it, commemorating the Tongalese contribution to World War Two.

The next morning I woke up to the announcement that admission charges for council-run museums were back on the agenda, despite Ed Vaizey’s promise the previous January. I’m ancient enough to remember the dramatic drop in visitor numbers suffered by museums that caved into political pressure to introduce charges.  (The British Museum always held out.  But the V & A suffered badly until the ‘[Roy]Strong is Weak’ campaign held sway.)  Of course there's a difference between national museums and local ones, but all are suffering potentially disastrous funding cuts, while austerity ideology holds remorseless sway.  Solutions need to be found, but I find it hard to believe that introducing admission charges is the way forward.  There are hundreds of arguments against this approach, most significantly the likelihood that this would further widen divisions in a society which already seems more divided right now than it's been for half a century.  Gifts to the nation such as the Waddesdon Bequest were made for the benefit of the whole nation, not just that part of it willing and able to pay for the privilege.

is an RLF Writing Fellow at the Courtauld Institute for the History of Art, a position previously held by Miranda Miller, now also a History Girl.

I remember and applauded her letter but didn't make the connection! Precisely! Thanks for the link.

Agree with all you've said, Lydia, and well done your mum, Clare Mulley.
Free admission allows aspects of collections to be quietly seen, enjoyed, studied and/or re-visited during an unexpected moment rather than "the big sight-seeing visit" which is quite a different activity.
Small pop-in visits can be a very good way of encouraging children into museums - both local and national - and into a love of history too.

As a child, my siblings and I were often taken to the Kelvingrove Museum and Art Gallery for an hour or so at weekends; as a teenager I spent many school lunchtimes there (15 minute walk in each direction, 20 minutes in the museum!). If there had been admission charges neither of these would have been possible and yet the appreciation and understanding of history, natural history and art that was gained has enriched my life. It is so important that children can have these experiences without financial barriers, both for what they will gain and also to develop the museum goers and supporters of the future.