The Lore of Lapidary by Kate Lord Brown

Researching the history of jewellery making for 'The Christmas We Met' gave me a wonderful excuse to explore the world of gems. One of my favourite discoveries was lyngurium (pictured above), which is referred to by Theophrastus in his 'Medieval and Early Modern Lore from the Classical Lapidary Tradition'. A fabled stone created from solidified lynx urine, it was, apparently, prized by alchemists. I rather love the idea mooted by Theophrastus and Pliny that the lynxes hid the mythical stones because they had a grudge against mankind. Although detailed descriptions of lyngurium appear in all early lapidaries, by the seventeenth century it disappeared from view. It seems it never existed. 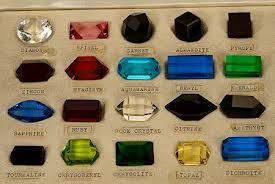 Other stones more familiar with us today have had magical powers attributed to them down the ages. I wrote about Sir Richard Burton's legendary asteria sapphire, which was apparently so potent it brought good luck to anyone who even so much as looked at it. 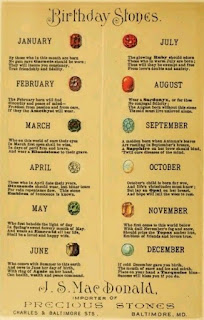 We still attribute qualities to the gemstones associated with natal months - January is garnet, signifying constancy, fidelity, patience, for example. The wearing of birthstones first became fashionable in eighteenth century Poland. The idea of twelve gems exerting a collective power is not unique to birthstones, but can be traced back to the breastplate of the High Priest. 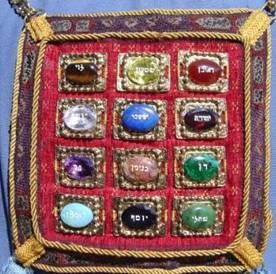 In many texts about gemstones such as Kunz's 'Curious Lore of Stones', reference is made to their powers. He recalls the tale that Satan saw Eve was captivated by the bright flowers of Eden, and he imitated them with precious stones - which is why they are so often the source of crime and greed. There are some wonderful, mythical jewels like the Stones of Memory and Forgetfulness in the 'Gesta Romanorum' which allow the reader to forget a painful episode. 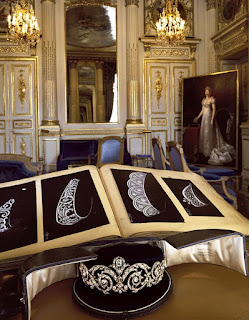 The novel was inspired by a convertible tiara I saw on the Antiques Roadshow - it was one of those lightbulb moments, wondering what might happen if the two brooches which formed the tiara became separated during World War 1, shortly after the tiara was made. Often not only did the stones encode a hidden message - Amethyst for Devotion, Diamond for Forever, but the jewellery expressed emotion through the Language of Flowers - Laurel for the Triumph of Love, or Ivy for Marriage. The tiara I wore for my marriage was rather more modest, (courtesy of Angels and Bermans on Shaftesbury Avenue), but there is something magical about these pieces of jewellery. It was extraordinary to read that Monsieur Boucheron, who created some of the most inventive, dazzling tiaras (one a recreation of Hokusai's wave), destroyed any tiaras which did not sell after a period of time. I was lucky enough to talk to Geoffrey Munn during my research, and as he said the most poignant thing of all is that while the women who these pieces were commissioned for are long dead, the jewels live on, still carrying their coded messages of enduring love.

The Christmas We Met has just been published.

I am not sure I fancy wearing lynx urine, even solidified but I could do with some of the good fortune emanating from Sir Richard Burton's sapphire. I have never been greatly into jewellery with stones, preferring simple gold, but your book and the research and posts that have been written for your website have offered me a whole new way of thinking about jewels and jewellery making. Thank you for this and I hope the book is selling well Cx

I've never worn a tiara in my life but I love the idea of one like Hokusai's wave! Thanks for posting!