Two Centuries That Changed the World - by Ann Swinfen

I have found myself drawn to write in my novels about the period from 1500 to 1700, two centuries that changed the world. How did these changes come about? And why was the seventeenth century a period of such social, political, and religious upheaval? It seems to me that this period from 1500 to 1700 can be seen as a whole, when the western world underwent the profound change from a medieval society, in which a near universal Christianity (centred in ) held sway and few people looked beyond their own small communities, to the beginnings of the world we live in today.

So, what triggered these changes?

Two seemingly small changes late in the fifteenth century lit a fuse which set off explosions in the years that followed. The first was the introduction of printing to . Once the craft had been mastered, books could be produced at a price affordable by many people, especially the rising middle class of merchants, professionals, and master craftsmen. Teach a man to read, and he will grow wiser. He will also start to have ideas of his own, and question those set over him to rule his religious and secular life. Translate the Bible into the vernacular and you sow the seeds of dissent, leading to the rise of many varieties of Protestantism and the religious tumult of these two centuries. Circulate political pamphlets and you feed the growing discontent of those who believe they should have a voice in how their secular lives are governed. In in the seventeenth century this led to the killing of a king and an experiment in republican government, which was unfortunately tainted by military dictatorship.

The other change which was to have far-reaching effects was the improvement in ship-building and navigational equipment. In the late fifteenth century, ambitious sea captains, mainly from and , started searching for naval routes to the , so that the West could control the trade in exotic goods which had previously been carried overland. Gradually the idea came to be accepted that the earth was round, prompting to believe he could reach this profitable area of eastern riches by sailing west, around the ‘back side’ of the globe, as it were.

Well, we all know where that led. The had been discovered and the world would never be the same again.

As Spain and Portugal exploited South America in the sixteenth century, England took longer to realise what opportunities lay in this new-found-land, but by the end of that century English expeditions were mounted to the northern parts of the new world. It was the seventeenth century which would see the first permanent English colonies established, growing settled and prosperous by 1700. At the same time, England was exploring the possibility of a northeast passage to China and Japan, explorations which led to a new trading route to Russia and the founding of the world’s first joint stock venture, the Muscovy Company.

To people living at the time it must have been as exciting and strange as space exploration has been in our own times.

So, halfway through the period, we come to the start of the seventeenth century with this heady and volatile mix – growing literacy, an explosion of new ideas, and questions about religion and the right way to live in a rapidly changing society. No wonder it’s such a rich period to write about, though a frequently terrifying period to live through.

My own seventeenth century novels have their roots in fact. Flood and Betrayal are based on the real situation in the fens of in the middle of the century. Before the Civil War, various groups of aristocratic ‘adventurers’, including the king, decided to seize the common lands in the area, drain what they saw as ‘useless’ marshland, and import foreign tenant farmers, mainly from the Low Countries. These tenants would exploit the ‘new’ farmland and pay the adventurers a massive return on their investment. We would call them not adventurers but venture capitalists.

The local people lived by fishing and farming the fields and fens held ‘in common’ (that is, by the community), managing the annual floods which washed down rich soil from the uplands. They used the rushes for thatching, basket-making, eel traps, and a dozen other products. The peat bogs provided fuel. It was a tough life, but relatively prosperous, self-sufficient, and abundant in food. When war broke out, they believed it would bring an end to the attacks on their livelihood. Far from it!

A new breed of adventurers arose, including Cromwell and his supporters, who also viewed the fenlands as ripe for the taking. The fenlanders stood up and fought, some to the death.

As I researched the story, I discovered that women played a very large part in the resistance, often leading attacks on the drainage works, which, incidentally, were ill-judged and frequently led to disastrous floods. So unnatural did the women’s courage seem that sometimes they were accused of witchcraft, for this was the period of the notorious Matthew Hopkins, Witchfinder General, who sent so many innocent people of the area to their deaths.

Deeply moved by the plight and bravery of the fenlanders, I wrote Flood as the story of one such family and village, told from the point of view of a young woman who becomes a leader of the resistance, and is herself accused of witchcraft. Some of the most unlikely-seeming incidents in the novel – such as the blasphemous baptising of a horse in the village church by a group of soldiers – are based on evidence from accounts of the period. Betrayal takes the story further, into the search for a charter granting the common lands, at a time when the Inns of Court were still reeling under the impact of the Civil War.

My other seventeenth century novel, This Rough Ocean, is set at exactly the same time, but in a different part of the country and concerns a very different group of people, the young Moderate MP, John Swynfen, and his wife Anne, left to run their large estate. Last month my History Girls blog gave the background to these two different families of the 1640s. While the fenlanders were involved in massive social change in a rural area, John Swynfen was at the heart of the political upheavals that would result in permanent changes to the English parliamentary system. Just as the fenlanders’ story is based on contemporary evidence, the Swynfen story is based on letters and state papers of the period.

So, returning to the original point: Why write about this period? I believe that neither of these stories could have taken place at any earlier time. For the reasons I’ve mentioned, society underwent huge changes over these two centuries. The confidence and independence of the fenlanders arose from these changes, as did the courage of men like John, working for a new political system, and of women like Anne, taking on a man’s role and succeeding. The sixteenth and seventeenth centuries saw the old world changed for ever and the foundations of our own modern world laid. 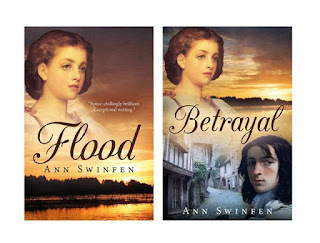 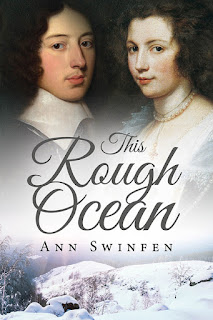 What an interesting post, Ann. A agree with you about the importance of printing especially. Once you've read something which challenges the way you think, you can never un-read it.

It was bit different with 17th century women going out and doing things, alas. Once the Civil Wars were over, they were bundled back into their boxes and the lids were firmly shut.