The Women who Flew for Hitler by Clare Mulley

Our guest for July is Clare Mulley used to be a History Girl herself. 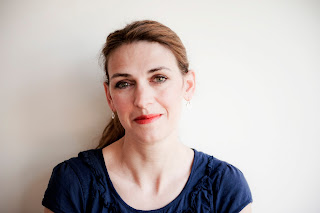 Clare is an award-winning biographer, and regular contributor to historical and current affairs journals, TV and radio. Clare’s first book, The Woman Who Saved the Children (2009) won the Daily Mail Biographers' Club prize. The Spy Who Loved (2012) which looks at the remarkable life of Krystyna Skarbek, aka Christine Granville, Britain's first female special agent of the Second World War, has been optioned by Universal Studios. Clare's third book, The Women Who Flew for Hitler, a joint biography of two extraordinary women at the heart of the Third Reich, has just been published. As well as contributing to TV and radio for the BBC, BBC World, ITV, Channel 5 and the History Channel, Clare has given talks at most of the major British literary and history festivals, the National Army Museum, Special Forces Club and British Library.

This autumn she will repeat her lecture tour on the female agents of the Second World War in London, Paris and Valençay for Historical Trips. Clare reviews non-fiction for the Spectator and History Today, and is the chair of the judges for the Historical Writers Association 2017 non-fiction prize. Clare has previously worked for Save the Children and Sight Savers International, and is now a member of English Pen and Writers Against Racism. She lives in Essex with her husband, the artist Ian Wolter, their three daughters and a hairy lurcher.
www.claremulley.com

With my past biographies, The Woman Who Saved the Children, and The Spy Who Loved, I have been honoured to research, consider and write about heroines. There is a rich seam of untold stories here. So rich, in fact, that I have to wonder why Jane Austen will feature on not just the new £10 note this summer but also on a £2 coin. Much as I admire Austen, there are many more women whose huge contributions should also be remembered, such as the founder of Save the Children and pioneer of universal children’s rights, Eglantyne Jebb, or Krystyna Skarbek, aka Christine Granville, the first and longest-serving woman to work for Britain as a special agent in the Second World War. Both these women are to some degree controversial, yet both were indisputably heroines, fighting with courage and conviction on the right side of history.

My new book, The Women Who Flew for Hitler, has a very different but no less important subject. It looks at two women, anti-heroines, fighting with courage and conviction right at the heart of the Third Reich. This is not an attempt to consider ‘Good Nazis’ or ‘Bad Women’, but to look at two real women whose convictions, limited choices, determination and courage, blindness and fear, led them to choose very different paths during the war. Taken together, their dramatic stories raise important and fascinating questions about gender, technology and ideology; coercion, consent and the meaning or construct of truth. 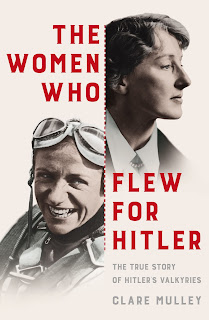 Hanna Reitsch and Melitta von Stauffenberg were both brilliant pilots. Hanna with her dazzling smile, blonde curls and blue eyes, was an enthusiastic supporter of Hitler’s new regime, happily lending her image to a series of publicity articles and collectible cigarette cards. She also test-flew the most pioneering designs from the Nazi aircraft development programme; repeatedly flying into barrage balloon cables to test the design of wing blades, and eventually testing landings with the famous Me163 rocket plane, nearly killing herself and destroying her face in the process. Hitler awarded her the Iron Cross for her courage and commitment to duty, making her the first woman to receive the honour during the war.

The darker, more serious and seemingly shy Melitta had a more conflicted relationship with the regime. Although she would never accept many of the policies and practices of National Socialism, Melitta became one of the Nazis most senior aeronautical engineers and a lead Stuka dive-bomber test-pilot. She conducted an incredible over 2,000 test dives during the war, sometimes passing out with the G-force and only regaining consciousness just in time to pull out before impact.

Melitta knew she had to work at the limits of the possible; it was through becoming uniquely valuable that she hoped to help protect herself and her siblings – all of whom had been defined as Jewish ‘Mischling’ in 1937. By 1944 Melitta had been reclassified as ‘Equal to Aryan’, her family were safe, she too had received the Iron Cross, and she was heading up her own military flight institute; an unheard of position for a woman in Nazi Germany, let alone one with Jewish ancestry.

Perhaps unsurprisingly, although Hanna and Melitta knew each other well they had a difficult relationship. As the tide of the war turned against Nazi Germany, both looked for radical ways to bring an earlier end to the conflict. Their beliefs, determination, courage and actions would put them on opposite sides of history. Years later, when Hanna was infamous, revered and abhorred in almost equal measure as she doggedly failed to condemn the regime over the thirty years after the war, Melitta simply faded from the record.

Uncovering the dramatic story of these two remarkable women has shed fascinating new light not just on their lives, but on life more broadly inside Germany under the Nazi regime, the limited options open to some, and the courage it took to face realities and act on truths under the perverting conditions of dictatorship, terror and war. The enormously powerful Nazi German armed forces led to the suffering and death of millions of people, Jews, Poles, Russians, Roma, British, French, American, those considered less able or less desirable, the list goes on. This book searches for the truth about two female pilots, asks how they came to be so skilled, why they were so successful, and how they felt about serving Hitler. This is a painful subject for the victims of Nazism, but I hope that the book will lead to a better understanding of the ways in which Hitler was able to harness the resources of his country for his terrible purposes. Seeking answers and understanding in such murky waters is fraught with difficulties, but the complexities and contradictions revealed are themselves very telling.

The Women Who Flew for Hitler was published by Macmillan in the UK and St Martins in the USA on 29 June 2017.

Email ThisBlogThis!Share to TwitterShare to FacebookShare to Pinterest
Labels: Clare Mulley, The Women who flew for Hitler, Third Reich, WW2

I have just devoured The Spy Who Loved, one of the best biographies I have read in recent years. I am going straight to Amazon to buy The Women Who Flew for Hitler which I have no doubt will be equally riveting. Thank you.

Thank you very much! Unless you've already got to Amazon, the History Girls' July competition is to win a copy of the new book. Have a look for 31 July... Hope you enjoy the read either way!