In honour of our July celebration of Jane Austen, I thought I'd draw readers' attention to the research done by Janine Barchas in her work Matters of Fact in Jane Austen: History, Location and Celebrity.
This came to my attention through some coincidences.

When I set my second YA novel The Lady in the Tower at Farleigh Hungerford Castle near Bath, I had no idea at all that I was treading in Jane Austen's footsteps. I had no idea until Janine wrote to me and told me that her daughter was reading my novel (bought on holiday in New Zealand, as far as I remember!) and she had realised that it was set in the very castle that she had researched in connection with Austen's Northanger Abbey.

All Austen fans remember Catherine Moorland's disappointing, abortive drive to Blaise Castle with the dreadful John Thorpe. In her book, Barchas points out that this was a ludicrous trip to a castle so far away when there was a very popular ruined castle within six miles of Bath - an easy drive. Farleigh was, according to Barchas, a popular day-trip for visitors to Bath, and full of the kind of gruesome Gothic history that would have appealed so much to Catherine Moorland. Barchas further proposes the theory that Northanger Abbey was based on Farleigh Castle. Once that connection is made, it seems blindingly obvious. Jane Austen's family, she tells us, had a guide book including Farleigh Castle and it is even annotated in her hand. It is very likely she visited the castle herself.

There are many dark tales connected with Farleigh Castle. Austen alludes to the murder of John Cotell by his wife Agnes. His body was allegedly burned in the kitchen range and she and two servants were later prosecuted for the murder. This is echoed in Austen's novel when Catherine Moorland suspects General Tilney of doing away with his wife at Northanger Abbey.

This incident had only a brief reference in my novel; I was more drawn by the tale of Lady Elizabeth, locked in the Lady Tower for several years. But it's strange to realise that I was inspired to write a story by the same location as Jane Austen without knowing it.

I can thoroughly recommend Janine Barchas' book on Austen. It's a fascinating read, and reveals many things, among others Austen's subtle sense of humour. Much is still amusing for a modern audience today, but other things require context. For example, Barchas points out that Thorpe was the name of the local map maker in Bath in Austen's time. Giving John Thorpe his name when he cannot find the way to Blaise Castle and doesn't know about Farleigh Castle is a little dig that only locals would have understood. There are many gems like this in Barchas' research. 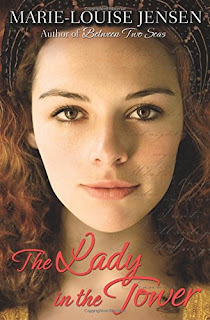 Fascinating! (I may have to go and look around Farleigh Hungerford Castle again, knowing this :)