A Chattering Of Choughs and A Scream Of Swifts Sheena Wilkinson

I’ve spent this week at the Scattered Authors’ summer retreat at Charney Manor in Oxfordshire. The manor is thirteenth century, with Elizabethan additions, and the adjacent churchyard has graves from many centuries so it’s easy to feel especially historyish. There are over twenty writers around, several of whom write historical fiction. There may even be another History Girl or two in the vicinity… 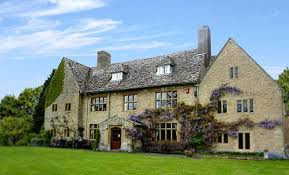 I’m typing this in the garden while a scream of swifts dives and wheels around us, and I wonder, what do you call a group of historical writers? A chattering, perhaps, as in choughs? I don’t often have the chance to chatter to other historical novelists so I wanted to use this post, falling so serendipitously on the last day of Charney 2017, to reflect some thoughts of today’s writers of historical fiction, particularly for young people.

Several writers joined me, all of whom have written historical fiction, sometimes straight, sometimes with a twist – an element of the paranormal; an alternate history, or even a comedy diary. Our reasons for writing historical fiction varied. I fell in love with history, especially that of the nineteenth and twentieth century, via an inspirational teacher, whereas Lynne Benton suffered from a boring history teacher at grammar school, which made her determined to write books which made history interesting and exciting to young readers. 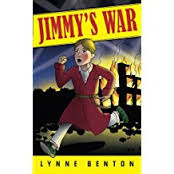 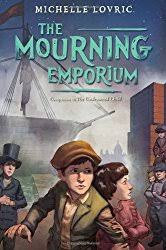 Michelle Lovric only ever wanted to write historical fiction. She loves narratives where the characters have to deal with more severe problems than can be solved by Google and mobile phones, with more visceral anxieties and more bodily risk.

Tim Collins enjoyed the challenge of applying the aesthetics of the comedy diary to historical subjects, and talked about the humour sparked when modern sensibility meets historical context – as in Blackadder.

Kath Langrish remembered the excitement surrounding the Tutankhamen exhibition at the British Library in 1972. She wasn’t able to travel to see it, but was given the book about it as a school prize. The book promptly fell to pieces, but her interest in the Egyptians – and in history – didn’t.

Katherine Roberts was motivated by a desire to write about horses, which kept her settings historical, and she loves to weave magic and spirituality into her stories in a way that wouldn't work with a modern setting.

Mary Hoffman admitted to loving the freedom of writing parallel histories where she was the absolute world expert on Talia, her alternative version of Renaissance Italy. However, she also writes straight historical novels, saying that she loves the research involved.

She had had to give up history at school but we all agreed with her that history was accessible with ‘books and a brain’. Likewise we all recognised that lovely serendipity when you find a fact that really chimes with your story.

Most of us agreed that writing for young readers was harder than writing for adults, mostly because of what you can’t take for granted. We all cared about historical detail and accuracy, but never at the expense of story. I have a horror of my books being presented as ‘worthy’.

The talk meandered through Icelandic sagas, Venice, portrait painting, sculpture, medicine, spirituality – to be honest, my head was reeling. We considered such issues as whether historical fiction should say something about today’s society – I think it inevitably does, because unless you aim for some sort of pastiche, any work will always, to an extent, reflect the time in which it was produced.

There were only a few of us, but between us we had very different reasons for writing historical fiction, and were attracted to widely differing periods. I suppose that’s why a blog like The History Girls works – there are so many different voices and perspectives on the past. As Kath Langrish said, so much exciting stuff happened in the past, and if you discount it, you’re not left with much.

The swifts wheeled and dived the whole time we talked. Their ancestors were probably here, doing exactly that, during most of the periods we discussed. I hope their descendants will still be doing so in the future, when the writers of that time gather on the lawn and talk about their books set in the turbulent 2010s.

What a lovely account of your historical fiction discussion at Charney Manor. The atmosphere in that place always feels full of the most kindly shades.

Thank you for a wonderful conversation under the shade of that tree. It is quite amazing how you have processed all our passionate comments into a lovely coherent post. You must be a ... writer!

Yes, thank you, Sheena, for condensing our fascinating conversation into such an excellent post. As Michelle put it, you must be a... writer!

Yes, thank you for creating something coherent out of all that!