GO FORTH AND MULTIPLY - A brief history of the 'F' word by Elizabeth Chadwick.

I belong to several historical forums and every few months, the subject of medieval swear words will arise and a discussion will begin about the origins of the word 'fuck' and when it became a swear word rather than a reproduction word.  I thought I would do a little investigating.

There are numerous theories as to the etymology of the word.  There is a false popular notion that it's an acronym for 'Fornicate Under  Consent of the King' (the instruction supposedly intended as a population booster) but it can be immediately be dismissed as a modern urban legend.  Acronyms were unknown in the Middle Ages.

Melissa Moher in her work 'Holy Shit: A brief history of swearing'  believes that the more prosaic answer is that 'Fuck' it is a word of Germanic origin.  It is related to similar in Dutch, German and Swedish, and means to 'strike' and to 'move back and forth.'  Very possibly why, once arriving into the English language, it became another name for the bird of prey the kestrel known also as a 'fuckwind.' 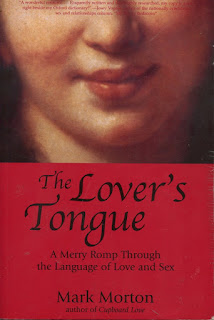 Mark Morton in his work 'The Lover's Tongue: A Merry Romp Through The Language Of Love and Sex'  tells the reader that the Norwegian 'fukka' means to copulate, as does the Swedish 'focca' and is closely related.

So basically 'fuck' begins its life as a straightforward word for copulation, born from a meaning of striking and moving back and forth, and entered the English language somewhere between the waves of Scandinavian invasion and 1310 (see below).  It wasn't a taboo or blasphemy word but a function word and nobody would have blenched at its use.  It's supposed first observation of use as a copulation word in popular history comes from the early 16th century and a poem by William Dunbar titled 'In Secreit Place This Hyndir Nycht.'  It's an amorous poem where the hero desires to have sex with his love, the heroine. 'his feiris he wald haif fukkit.'  Also from the early 16th century, David Lindsay, tutor to the future King James V of Scotland wrote a poem with the line 'A fukkand like ane furious Fornicatour - accusing his subject of 'fucking like a furious fornicator.'  In another work he also criticised the clergy who may 'fuck thair fill and be unmaryit.'

However, historian Paul Booth has recently found an instance of the word used in a copulatory context from the plea rolls of Edward II dated to 1310 and the mention of a certain felon named Roger 'Fuckbythenavele'.  The context is sexual, but quite what he was up to has not yet been sussed!  There is also a reference from 1475 from a work titled Flen Flyys, which has a line in mixed Latin and English 'fvccant vvivys of heli'  which translates as 'they fuck the wives of Ely.'

It would seem then that the word had found its way with a sexual meaning into the English language by the early 14th century as far as written evidence goes, but since the written word tends to follow the spoken in terms of timeline, it argues for earlier useage.

When did it change into a 'swear word' and travel beyond the basic verb meaning to copulate?

There is an ambiguous comment in a piece of marginalia in a manuscript of Cicero from 1528 where the scribe has written 'O d fuckin Abbot.'  However, we don't know whether it was a comment on the licentiousness of his abbot who was apparently not exactly known for his moral purity, or if it was an intensifier and comment of anger or irritation.  If the latter, then it's 300 years before other recorded instances of the word's use in such a context so needs to be interpreted with that in mind. 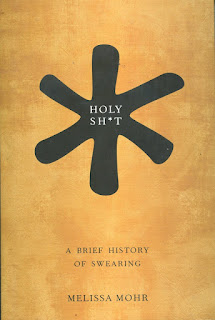 In the medieval period the worst thing you could do was to swear by God or his body parts.  That was true blasphemy and many a pastoral tale warned the blasphemer against swearing by the likes of God's eyes or legs. In effect it was dismembering, disrespecting and torturing Christ and would lead you into all sorts of after-life trouble.  Bodily functions on the other hand were just bodily functions as were intimate areas of the body.  Grape Street in London, once the haunt of prostitutes was known with a shrug as 'Gropecunte Lane.' The obscenity of body part mentions and the transformation of the 'F' word into one both embraced and shunned by society, had to wait until after the Reformation and the rise of Protestantism and secularisation.  The change in religious viewpoint also coincided with the rise of privacy.  The aristocracy and the middle classes had gradually developed homes with more private areas and private areas meant that more was hidden away and a certain delicacy and secrecy developed. Eductation played its part too and coarse words were seen as belonging to coarse people.  Sexuality and bodily functions gradually became the new obscene and religious expletives tumbled down the table of the worst thing you could say until they became the mild expletives and body parts and functions took their place.

Once the F work expanded into the area of the swearword while still retaining its old meaning, there was no stopping its career and proliferation of useage. It retained its meaning as a verb meaning to copulate (although never used in polite company) 'They fucked in the long grass.'  It became a noun. 'That was a fantastic fuck' and an adjective. 'You fucking bitch' (Mark Morton tells us this one turned up in the mid 19th century).  It's an interjection - 'Fuck!' (1929)  It's an adverb 'that's fucking marvellous' (useage dating to 1940's)  And it's an infix - 'abso-fucking-lutely (1920's). Other 'fuck' phrases in use today have a slightly longer history than you might think. 'Fucked up' meaning ruined dates to the 1930's. 'Fucked' with the same meaning can be traced to the late 18th century.  'Fuck you! dates to 1895 and Fuck off! as a command to the 1940's although the phrase was in use meaning to run away in the 1920's (as in 'let's fuck off out of here before we get into trouble.)
Bruce Willis's now famous quote in Die-Hard - (the words after the cowboy salute to Alan Rickman) dates to the 1920's.

It's still a taboo word in many circles and certainly not one for polite society, but it has expanded well into the mainstream and is so often used in daily street speech, and in films and books that it is becoming normalised.  Its use has spread far and wide but in consequence its power to shock is gradually diminishing, like water wearing away a stone.  When I was a child, anyone who used the word was far outside the pale, but now it''s eased through the door and into daily life. As Hugh Grant said in Four Weddings and a Funeral.  'Fuck, fuck, fuckity fuck.'

I do highly recommend the two books I've posted in the blog - they are hugely enlightening and entertaining and give much food for thought.