In the Northamptonshire village of Weedon, where I live, there stands an imposing garrison that shipped out arms to Wellington’s forces in the Napoleonic wars. As well as the massive storehouses still in existence for canon, muskets and gunpowder, there were once barracks, hospital, chapel, and three spacious white brick buildings known as the ‘Pavilion’, which are said to have been built as a retreat for George III, should Old Boney invade. 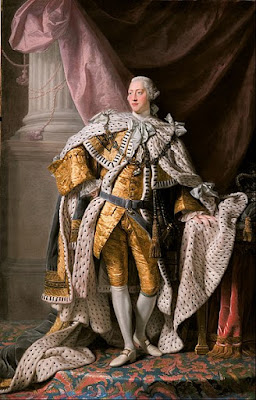 Other Ordnance Establishments nearer the coast, such as the Tower of London or Faversham Powder Mills, risked being destroyed or captured, whereas Weedon is pretty much in the centre of England and is about as far away from the sea as one could possibly get. Therefore, it seems plausible that the decision to build here could have been influenced by a need to spirit the king away to the safer Midlands. 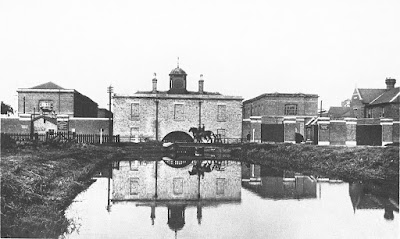 He would have been well defended. Five hundred soldiers manned the place (suddenly the village had thirty pubs!) and vast quantities of firearms and ammunition were constantly being shipped in and out by canal (barges being smoother carriers of barrels of gunpowder than carts).

On the other side of the case, it has been mooted that the King’s retreat theory is just a Royal Rumour, suggested by the palatial appearance of the white buildings on the hill, which were only ever intended for the Governor and his Principal Officers.


Adherents to this argument point out that a site where every second ‘blast house’ was filled with earth in case an explosion should occur and bring them all down like dominoes seems an unlikely haven. In government plans outlined by the prime minister on Christmas Day 1803, it was stated that, in the event of an invasion, the king would lead his army and move to Chelmsford if the enemy landed in Essex, or to Dartford, if they arrived in Kent.

When researching for my novel, The Silk Factory, I became fascinated by the question of why the massive garrison had been built here, in Weedon. If it was not for the purpose of putting distance between the King and Bonaparte’s invading armies, why choose the Midlands? It didn’t seem practical that Arms stored here would have to travel long distances to port in order to reach their destinations abroad. I started to look at what was going on in the area at the time and to form a new and somewhat more sinister theory of my own.

At that time, there was terrible poverty and government fears of revolution were sharpened by events in France. Textile workers in the Midlands were dreadfully exploited: children started work as young as six, and men and women laboured long hours for starvation wages. On top of that, employers were bringing in new machines that were putting men out of work, some of which produced inferior quality goods. (The word ‘shoddy’ originally meant the thin, low-grade silk stockings that wide frame machines produced). In desperation, textile workers broke into premises and smashed the looms. 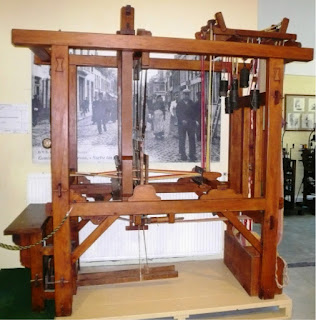 The Frame Breaking Act of 1812 made it a hanging offence to damage an employer’s looms, yet poverty was so extreme that the crime was almost commonplace. Lord Byron, prompted by pity for the weavers, spoke in parliament against the bill, saying: ‘Can you commit a whole country to their own prisons? Will you erect a gibbet in every field and hang up men like scarecrows?’

In the centre of the Midlands, an area where textile workers were starving and turning to violence and rebellion, the fact that 500 men and a reserve stock of 1,000 small arms were always kept at the garrison at Weedon is unlikely to be coincidental. Its force was well placed to crush any riot or insurrection and, sure enough, it was reported in 1816 that the cavalry rode out from Weedon to quell an ‘uprising of ribbon weavers in Coventry.’ 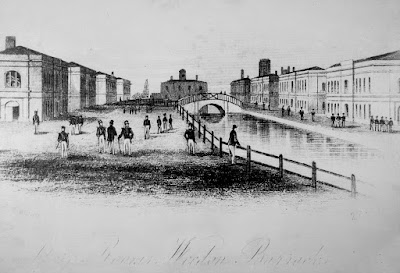 The walled garrison on its hill overlooking the village and silk factory must have seemed horribly intimidating to the inhabitants and impoverished weavers below. Perhaps the rumour that the garrison was to act as a royal retreat was started even at this early point, as propaganda to make the building of the massive military complex seem more palatable. Writing on location, literally in the shadow of the huge buildings, helped me to channel the sense of might and authority of the Establishment over the populace.

Find out more at  The Depot Visitors Centre  A leaflet giving a guided 'Silk Factory Walk' is also available on site.
Posted by J. Allnatt at 00:01

Your theory certainly sounds far more plausible than a Royal retreat. The significant presence of garrisons and soldiers looking down on one's every action would be enough for anyone contemplating rebellion to reconsider! Also, the mention of something existing for the Royal benefit can be accepted as 'reason enough' - no need to think about it further.