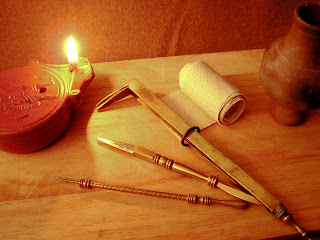 If I’d known that my three chapters for that “start a novel” competition would turn into a whole series of murder mysteries, I’d never have based them on a Roman army medic. All I was looking for at the time was a character who was in a quandary, plus the suggestion of a story to follow.

There wasn’t a story, of course - which was something I had to confess when an agent got in touch and asked to see the rest of the manuscript. What I didn’t dare tell her was that I didn’t know enough about Roman army medics to write one.

Fortunately, plenty of ancient medical textbooks survive and there are modern scholars who know how to interpret them. You’ll find some of them listed at the end of this post. Meanwhile, here are ten of the fun facts that have kept me entertained over the years while I’ve tried to find G Petreius Ruso, Medicus, credible things to do.

2) When only the best will do:  Xenophon, doctor to the emperor Claudius, earned a vast salary. However, demonstrating that you don’t always get what you pay for, Xenophon was said to have finished Claudius off by sticking a poisoned feather down his throat, faking an attempt to save the emperor from the poisoned mushrooms he’d been fed at dinner.

3) “Only a doctor can kill a man with impunity.” Pliny the Elder was not a fan of the medical profession. Not only were doctors dangerous foreign* charlatans who conspired to murder the population of Rome, but they also expected to get paid for doing it.
*Doctors were often Greek. 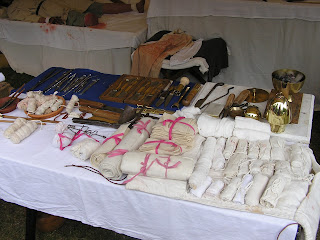 4) Human arteries were full of air, or possibly milk, and one day somebody would devise a way to prove it. (To be fair, not everybody believed this. We only know about it because the multi-talented Galen took time to pour scorn on his deluded competitors. According to him, his own public lectures on anatomy - complete with live animal dissections - filled the crowds with wonder and his rivals with envy.)


5) This is going to hurt you more than it hurts me. With no microscopes, scans or x-rays, and with human dissection not allowed, the best place for a doctor to learn about anatomy was somewhere with a handy supply of injured patients - like a gladiator school, or the Army. 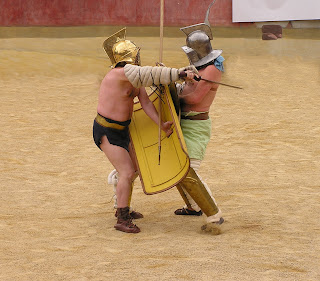 6) Practice makes perfect: Some of the surgery on offer was top-class. Field hospitals in the first world war were still using amputation techniques that would have been used in the Roman army, and for the bold and the desperate, it was even possible to have successful cataract surgery. 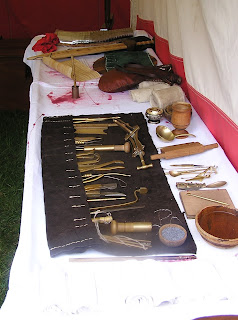 7) Maybe it’s the bad air. The causes of disease were largely unknown. Bacteria and viruses were still undiscovered, which perhaps explains a whole slew of remedies using animal waste, including lizard dung to make ladies’ complexions glow, and wild boar dung - smeared on fresh, if necessary - to treat injured chariot drivers. The emperor Nero, who fancied himself as a charioteer, was said to prefer his boar dung dried, powdered, and drunk with water.

Still, looking on the bright side - if you were unlucky enough to have a mouse infestation and a bald patch, and on top of all that you found that your wine had gone off, you could grind the mouse-droppings into the vinegar to make a hair-restorer.

8) Remember to pack the medicine: Drugs derived from plants, animals and minerals were widely used and common medicines like opium were very well understood. In the absence of inoculations, travellers might ask to be prescribed a theriac - a complicated mixture of dozens of tonics and antidotes that would protect them against foreign diseases and poisons.

9) Where doctors failed, the gods could succeed: here’s the cast of a plaque set up by a grateful worshipper who had his deafness cured at the temple in Epidauros. 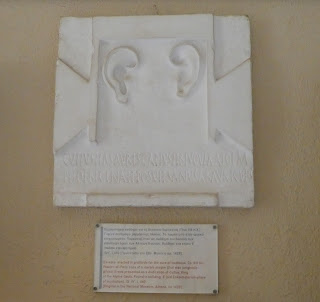 10) And finally: The weak (who include “a large proportion of townspeople and almost all those fond of letters”) need to take good care of themselves. In particular, if last night’s meal has not been fully digested, the weak person should stay in bed “and neither work, take exercise nor attend to business.”
As a townsperson who is fond of letters, this is the only piece of ancient medical advice that I can fully recommend.

Roman Medicine - Audrey Cruse
Doctors and Diseases in the Roman Empire - Ralph Jackson
Ancient Medicine -Vivian Nutton (not a light read, but an excellent in-depth study)
The free Futurelearn course on Health and Wellbeing in the Ancient World, offered by the Open University.
Anything by Professor John Scarborough
On the subject of women practising medicine - here's the delightful tale of “Agnodike, the Flashing Midwife”, being discussed by Professor Helen King of the Open University.
Click here to visit an earlier blog post on the theory of the Wandering Womb

I'd like to thank the re-enactors whose collections are displayed in my photos above but I can't remember where I took all of them - if you recognise your kit please let me know!

Fascinating! I now know to leave Roman medical mystery books to you, the expert!

Anyone can do it, Janie, as I've discovered! Sorry for the slow response - I've only just spotted your comment.