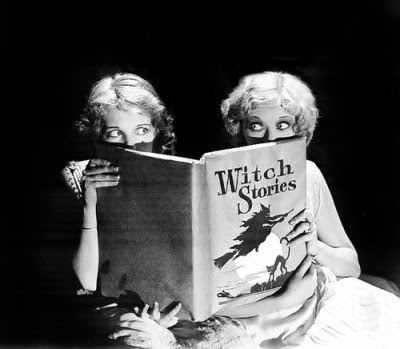 Witches are, in the perhaps unfortunate words of Grazia magazine, ‘hot right now’, both on screen and in books. Stacey Halls’ The Familiars is spending its third week in The Times bestselling fiction list, Laura Bates’ YA debut, The Burning, is making waves, and A Discovery of Witches is now an international bestseller and a TV series.

Several other recent novels feature witchcraft including Caroline Lea’s superb The Glass Girl (set against the backdrop of the 17th-century Icelandic witch trials) and E.C. Fremantle’s brilliant thriller The Poison Bed. “‘Witch,” says one of her characters. “That’s what happens to women who don’t do as they’re told.”  Each novel uses witchcraft to highlight the misogyny and fear of women’s sexuality that remain relevant today, together with the terrible power of false accusations. As Willow Winsham says in her fascinating book Accused: British Witches Throughout History, ‘if anyone could be a witch, then literally everyone was suspect.’

A coven of other witch books are due out in the coming months including Katie Lowe’s haunting debut, The Furies, Carla by Laura Legge, Her Kind by Niamh Boyce, Remember Tomorrow by Amanda Saint and Witchery by Juliet Diaz, which will explain ‘how to connect with the power of your inner witch’. There is, it seems, something potent in the air.

Here, in no particular order, I list ten of my favourite witch-based historical novels, followed by several others that have been strongly recommended.

It is 1692 and Corrag, a wild young girl from the mountains of Scotland, has been condemned to death for her role in the Glencoe Masscare, accused of witchcraft and murder. In her filthy cell she is visited by Charles Leslie, a young Irishman with his own motives for questioning her.

As Corrag begins to tell her story, an unlikely friendship develops between them that will change both their lives. Compelling, atmospheric and exquisitely written.


Beth Underdown’s clever debut is a historical thriller based on the life of the 1640’s witchfinder Matthew Hopkins. Alice, Matthew’s fictional sister, is forced to return to her childhood town of Manningtree where she becomes entangled in her brother’s crazed pursuit of what he believes to be justice. Underdown brilliantly weaves fact with fiction to illustrate the disturbing paranoia and obsession behind the Essex witch hunts.

Historian Tracy Borman’s debut novel tells the fascinating story of Frances Gorges, a healer who is dragged to the court of James I, a man who has already condemned many for treason and witchcraft. There she becomes enmeshed in a world of intrigue and betrayal - and at great risk from the twisted machinations of Lord Cecil, the King's first minister.

The follow-up, The Devil’s Slave, is out June.

In Lincoln during the reign of Richard II, Caitlin, a dark-haired widow arrives in John of Gaunt's city with her two beautiful children. At first, Caitlin is considered a godsend, helping merchant Robert of Bassingham care for his sick wife. But when Robert's wife, and then others, die seemingly unnatural deaths, the accusations of witchcraft commence. Masterful storytelling.

17-year-old Fleetwood Shuttleworth, desperate to survive her latest pregnancy, crosses paths with Alice Gray, a mysterious young woman who agrees to become her midwife. When Alice is accused as part of the Lancashire witch trials, Fleetwood takes huge risks to try to save her – and her own unborn baby. But is Alice all that she seems?


In 1687 orphan Kit Tyler arrives as a stranger in colonial Connecticut and feels entirely out of place. When she forms a friendship with a Quaker woman called Hannah Tupper, believed by the colonists to be a witch, Kit is forced to choose between love and a sense of duty. Old, but gold.

In this epic and magnificently written novel, Miller retells the story of the mythological witch Circe. Increasingly isolated by her immortal family, Circe turns to humans for friendship, leading her to discover a power forbidden to the gods: witchcraft.

We follow Circe from the halls of Helios to exile on the remote island of Aiaia, where she learns to harness her power.


In 1659, after 14-year-old Mary sees her healer grandmother hanged for witchcraft, she escapes to Massachusetts Bay Colony with the help of an unknown woman. Through Mary's journal, we learn of how, though Mary hopes to make a new life among the pilgrims, she, like her grandmother, quickly finds herself the victim of ignorance and prejudice, and once more she faces important choices to ensure her survival. A powerful read for all ages.

The Glass Girl is an atmospheric and beautifully written debut set against the backdrop of the 17th-century Icelandic witch trials and sagas. Rósa is sent to join her new husband in the remote village of Stykkishólmur, where the villagers are deeply wary of outsiders.

As she grows increasingly isolated, Rósa's suspicions grow. Her husband buried his first wife alone in the dead of night. Is her own life in danger?


In 1615 Lady Frances Carr, considered by many to be a witch, is accused of murder and imprisoned, together with her newborn baby and a wet-nurse. As Frances tells the story of her life with her first husband and manipulative uncle, and of a society full of superstition and lies, a picture begins to form. But her husband Robert Carr has his own story. Which one will save its teller? A twisty, perfectly paced thriller.

Witchy 'To be Read' Pile 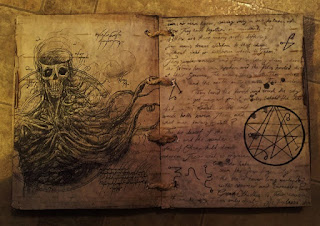 A host of other witch and witchcraft-related books have been recommended to me and I set out here a few of those which are going on my towering ‘to be read’ pile:

Year of Wonders by Geraldine Brooks. In 1666 villagers turn to sorcery, herb lore, and witch-hunting.

The Daylight Gate, in which Jeanette Winterson creates another view of the Pendle Witch Trials.

Lolly Willowes, Sylvia Townsend-Warner’s first novel about a young woman who believes she has sold her soul to the devil in return for freedom from her tiresome family (fair enough).

Widdershins by Helen Steadman, based on events from the Newcastle Witch Trials of 1650.

The Magpie Tree by Katherine Stansfield, exploring the relationship between witchcraft and foreigners in 1840s Cornwall.

Witches Trinity by Erika Mailman, set in Germany in 1507 when a visiting friar suggests that witchcraft is to blame for the failing crops and famine.

The Witches of Eileanan by Kate Forsyth, a historical fantasy trilogy in which the young Isabeau leads a horde of persecuted witches.

The Witches of New York by Ami McKay, a mystery set in Manhattan in 1880.

The Heretic's Daughter by Kathleen Kent, set in Salem in 1692.

The Boy Who Drew The Future, by Rhian Ivory. Set in present day and 1863, when the last witch in the UK was swum in Sible Hedingham, Essex. You can read more about it here.

Anna Mazzola is a writer of historical crime and Gothic fiction. Her second novel, The Story Keeper, is a tale of superstition, dark folklore and missing girls on the Isle of Skye.