STANDING ON THE SHOULDERS OF GIANTS: How tall were the people of Medieval England? by Elizabeth Chadwick 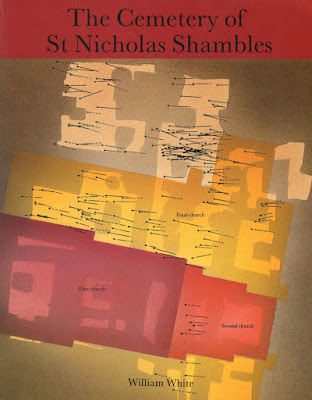 Here's a list from the London and Middlesex Archaeology Society's publication The Cemetery of St Nicholas Shambles.  The cemetery, now occupied by the British Telecom Centre in Newgate Street, London, was excavated between 1975 and 1979 and consisted of 234 skeletons dating from the 11th and 12th centuries and comprised the first large group of human burials to be reported from the city of London.  The book discusses the remains in detail, but what I find particularly interesting is that it gives details from other cemetery excavations and lists the average heights of the males and females buried.  It's something of an eye opener.  So often when the matter of the height of medieval people is discussed on online forums, there is a notion that they were stunted and small.

From the archaeological evidence this is far from the truth. Yes they had food insecurity due to periods of famine caused by weather and war and animal sickness, but when all was going well, the men and women of medieval England were of the same height more or less as the people of the early and mid 20th century.

At the cemetery of St. Nicholas Shambles itself, the average height of the men came out at 5ft 8inches with a range from 5ft ins to 6ft 2 ins.  For the women the average was 5ft ins (my own height) and a range of 4ft 11ins to 5ft 8ins.

However, don't just take the one cemetery as an example.  The book posts samples from another 16 excavations.

The average height of a British male in 2010 was slightly taller at 5ft 9ins but it's not a vast difference. The average height of a British female was 5ft 3ins, so virtually no change.  Aft 5ft 2 ins myself I'd fit into the Medieval world perfectly!
As an incidental, chronicler Gerald of Wales tells us that King John was somewhat under average height. When his tomb was opened and his body measured, he proved to be 5ft 6.5ins tall, which would accord with general data. Apparently his brother Geoffrey was on the short size of average too.  Their father Henry II was average and the other two sons, Henry the Young King and Richard (the Lionheart) were of above average height.

Interesting. It reminds me of one my Japanese ESL students who was worried about the ridges appearing in his fingernails. It was nothing serious - just an indication he was eating more protein here than he would in Japan. It makes me wonder whether people in countries where protein intake has been limited for many years increase in height when more protein becomes available.

It dies hard, this notion that people in the past were wizened, shrunken little things. I remember talking to a guide at Ludlow Castle years ago. There are some really tiny doors in the outer walls there and he said he had constant quarrels with visitors, especially Americans, who would not accept that this doors were small for defensive reasons. They kept wanting him to 'admit' that it was really because medieval people were so short. He pointed out that the doors in the rest of the castle were tall but he could tell they weren't convinced.

Is it because many of us want to believe that we're 'better' than the people in the past?

I believe Susan is correct, there's a 'need' to see things as better now than in the past; that our modernity has surpassed those challenges of hunger and poverty and disease and war...of those poor people of the past, how they must have suffered! Unfortunately we have now added modern horrors to the historical challenges that those ancient, 'backward' civilizations would have never dreamed!

Thank you Elizabeth - I've been convinced for a while that our ancestors weren't as weedy as we like to think! It's good to see some evidence.