A Victorian Scandal: The Peer and the Dancer by Judith Allnatt

In 1851, the Spanish dancer Josefa Duran, known as ‘Pepita’ caught the eye of Lionel Sackville-West, a member of the British aristocracy (2nd Baron Sackville). She was slim and beautiful and was known for the airiness of her dancing, for her luxuriant, waist-length dark hair and for the kiss curls she wore on each cheek. She had what we would now call ‘celebrity status’ and young men were said to have plucked flowers from their own wives’ hair to cast them at her feet on the stage. 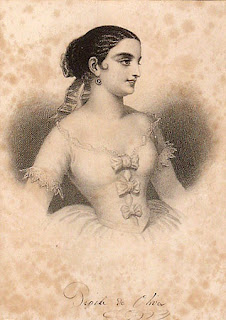 Born in a Málaga slum to a barber father and a clothes-seller mother, Pepita’s background couldn’t be further from that of Lionel’s family, who owned Knole, one of the largest and most important of Britain’s Great Country Houses. They met a week or so after Lionel had seen her at the theatre; Lionel visited and they soon became ‘intimate’. A further obstacle to the lovers, beyond the chasm between their social classes, was that Pepita had in fact married another dancer, Juan Antonio de Oliva, only the previous year. They had separated swiftly in circumstances that Oliva maintained were ‘not honourable’ to Pepita and she had left Spain to tour abroad.
Their relationship was intermittent in nature. As first attaché in Berlin, Lionel was able to visit Pepita in the cities and towns in which she was dancing but there were inevitably spells when they were apart. Pepita was certainly no angel; she appears to have had other liaisons with Prince Youssoupoff in Munich and Duke Maximilian Joseph in Bavaria. After Lionel and Pepita’s daughter Victoria was born, they separated for two years but Lionel returned to her after hearing that she was desperately ill. She had lost a baby and refused to say who the father was, but nonetheless they were reconciled.

In 1866, having given up dancing, Pepita had luxurious clothes, beautiful jewels and a house bought for her by Lionel in the French coastal town of Arcachon. Nonetheless, she was isolated by her situation. Unaccepted by society because she and Lionel were not married, she was unable to mix socially in Lionel’s circle. When they stayed in Paris, Pepita was reduced to tears because she was unable to go with Lionel to a fete in the Tuileries that he was visiting. His colleagues at the Foreign Office knew nothing of his liaison or the fact that he had children. He had never mentioned that part of his life. Now at Arcachon, her children were short of playmates as the children in the neighbouring villa had been told by their parents not to play with them. When entertaining, it was reported that no ‘ladies’ ever attended, that her guests were young men and that she drank. 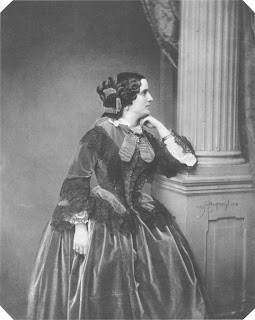 At Arcachon, the house was named ‘Villa Pepa’: a name that may show Pepita’s egocentricity or may reflect a sense of defiance at her exclusion and the desire to make a world separate from the stresses of the ‘society’ around her. The desire to create another ‘world’, is perhaps echoed later in the haven from the public sphere made by her grand daughter Vita Sackville-West and her husband, Sir Harold Nicolson, in their gardens at Sissinghurst.

What was the truth about Lionel and Pepita’s relationship? Were they ever married? It became important decades later because of question over who should inherit Knole. For years Lionel was steadfast in putting up objections to signing the register of his children’s births. Later, when pressed to do so by Pepita for the sake of her reputation, he signed for two of his children but later claimed that he had no memory of doing so. One of these was Pepita’s youngest living child – Henry – who was later to feel therefore that he had a claim to be Lionel’s true heir.

In Arcachon society there was gossip that her children had several different fathers including the Prince of Bavaria and Count Henri de Béon, alongside Lionel. One can see how these rumours might arise as Pepita appointed Henri de Béon as her superintendant at the villa and gave him a bedroom next to hers. Lionel seemed to know about Béon living there but didn’t send him packing. Whether this was because he held no suspicions or because he was extremely tolerant of his mistress’s amours is not clear.

At forty, Pepita gave birth to another son, Frederic, but both mother and baby survived only a few days. According to Vita’s account in her book ‘Pepita’, Lionel broke down at seeing Pepita and the baby laid out together. He blamed himself for her death, sobbing that he had killed her, presumably because he had fathered the child when Pepita was an older mother. As if fuelled by guilt, from that point on Lionel seemed to refer freely and publicly to Pepita as his wife; she is named as such in the funeral invitations, letters and in the notices in the local paper. Ironically, only in death did Pepita receive the acknowledgement of their relationship that she had craved through their many years together. She was buried, as Lionel’s wife, in the municipal cemetery above the town. Béon and his mother took care of the five children, supported financially by Lionel, who referred to him at the time as a ‘dear friend’. 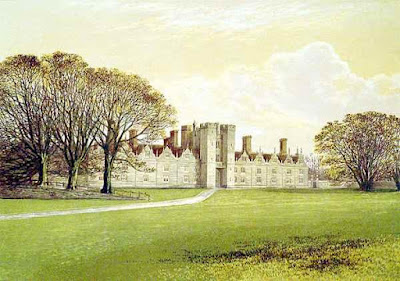 The consequences of Lionel and Pepita’s unconventional liaison rumbled on decades after Pepita’s death. Lionel’s nephew (confusingly another Lionel) had inherited Knole in the absence of a ‘legitimate’ son. Henry brought a case that sought to prove that Pepita had been secretly married to Lionel, that he, Henry, had been registered as Lionel’s child and that he was therefore the male heir. The scandal caught the public imagination to the extent that a drama was shown, catchily named ‘The Marriages of Mayfair’ that was a thinly veiled reference to the Sackville-West affair. For Henry and the court case however, it was impossible to cast doubt on the legality of Pepita’s marriage to De Oliva, that had in fact continued throughout Pepita and Lionel’s affair. Henry lost the case and Knole continued in the hands of the accepted line of Sackville-Wests.

To find out more about the Sackville-Wests:  'The Disinherited' by Robert Sackville-West
'Vita - the Life of Vita Sackville -West' by Victoria Glendinning

If this had been Dave at the Dog and Duck, and Sharon from the lap dancing club down the road.... would anyone have really been that bothered ?