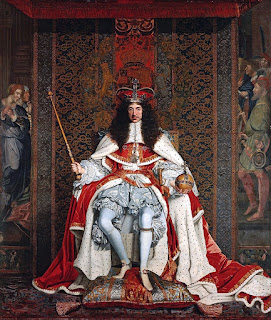 I've spent the last three years writing a trilogy about three different women that feature in Pepys' Diary. Now that rather epic journey has come to an end, and I'm leaving Pepys' Diary behind for research in pastures new.

Someone asked me which was my favourite episode in the diary, and the one that stands out for me is the Coronation of Charles II.


'it is impossible to relate the glory of this day'

So says Pepys, never one to be lost for words, and his fly-on-the-wall response to this massive overturning of national events fascinates me. The re-establishment of Charles II as a constitutional monarch changed the country from what amounted to a republic, back to a monarchy-led state with many immediate and long term effects. In these days of entrenched views on Brexit, we can see that populations can, and do, change their minds.

Pepys, who was initially brought up with Puritan leanings, was so taken up by the return of the exiled prince that he couldn't wait to be part of this sudden turn-around and even went over to the Hague to greet the prince and the fleet.

There were a few awkwardnesses though - in the transition from Cromwell's Parliament to the restitution of the monarchy, the old order had to be repealed and the new reinforced. Thus the ships in the fleet that had been named after Parliament victories, such as The Naseby had to be rapidly re-named The Royall Charles.

Whilst journeying back from the Hague, Pepys is treated to the prince's own version of his escape from Worcester. Many of our pubs retain the names 'The Royal Oak' (commemorating his escape from Worcester), and 'The King's Head',  from this era where the celebration of the monarchy was at its height. Pepys's later relationship with the King must have been cemented by the fact he made this extra effort to meet and greet him on his return. 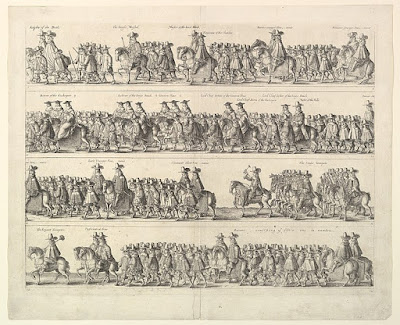 On the day of the Coronation Parade, Pepys is up at the crack of dawn and putting on his new coat for the occasion -


Up early and made myself as fine as I could, and put on my velvet coat, the first day that I put it on, though made half a year ago.

It seemed no expense had been spared for the procession through London,


The streets all gravelled, and the houses hung with carpets before them...
So glorious was the show with gold and silver, that we were not able to look at it, our eyes at last being so much overcome with it.

The Coronation Cavalcade passed through four specially constructed arches (see picture at the bottom of the post). The designs can be seen here and include titles for the arches like ' Garden of Plenty', 'Temple of Concord' and ''Return of the Monarchy'. That must have been a rush for the masons responsible!

Pepys got up at 4am the next day for the actual Coronation, and found himself a good view from a scaffold at the north end of Westminster Abbey. He had to wait until 11am to see Charles arrive.


And a great pleasure it was to see the Abbey raised in the middle, all covered with red, and a throne (that is a chair) and footstool on the top of it; and all the officers of all kinds, so much as the very fidlers, in red vests.

Unfortunately the crucial moment was lost to Pepys,


the King passed through all the ceremonies of the Coronacon, which to my great grief I and most in the Abbey could not see. The crown being put upon his head, a great shout begun, and he came forth to the throne 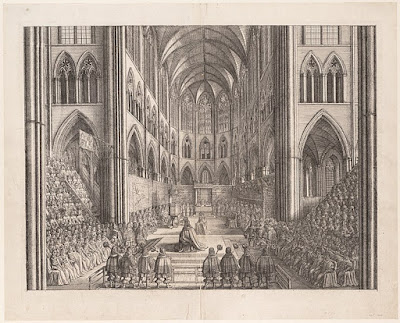 Afterwards silver commemorative medals were thrown to the congregation, but Pepys was unable to catch one. Pepys then has to go out to take a pee, but resumes his description of the outside of the Abbey, in which he says he saw '10,000 people, with the ground covered with blue cloth; and scaffolds all the way.' In a city of 40,000, that is a pretty good turn-out.

At one point in the feast afterwards, the King's Champion is brought out, 'all in armour on horseback, with his spear and targett carried before him' and a proclamation made:

And a Herald proclaims “That if any dare deny Charles Stewart to be lawful King of England, here was a Champion that would fight with him;” and with these words, the Champion flings down his gauntlet, and all this he do three times in his going up towards the King’s table.

Charles must have had quite a jittery moment then as he waited with baited breath to see if there would be any objection to him becoming King. But nobody objected, and no doubt the King's Champion was somewhat relieved also.

Once the day's events were over, ' it fell a-raining and thundering and lightening as I have not seen it do for some years' and Pepys tells us that the people set great store by this as an omen from above, though he himself dismisses the idea as 'a foolery to take too much notice of such things.'

Without Pepys's vibrant description, so much detail would have been lost to us. A picture doesn't give you the reaction of the people, and this is what is so appealing about Pepys's descriptions and opinions.

By the evening bonfires are burning all over the city to bathe it in an orange glow, and Pepys is dead drunk, so much so that he says, 'if ever I was foxed it was now, which I cannot say yet, because I fell asleep and slept till morning. Only when I waked I found myself wet with my spewing. Thus did the day end with joy every where.' 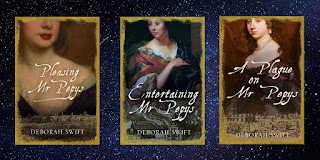 All pictures from Wikipedia unless linked.