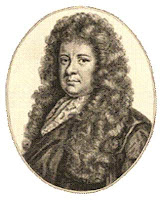 It took a while to get round to it, but once I’d done it, I wanted to do it again. Use a real person in my books, that is.

I was very tentative at first. In AT THE SIGN OF THE SUGARED PLUM, a book set in London’s Great Plague of 1665, I used quotations from Samuel Pepys’ Diary as my chapter headings. I thought it would be fun to give Pepys a little walk-on part in the action, so had him pop into my sweetmeat shop, The Sugared Plum, buy some plague preventatives made from the sugared root of Angelica and flirt with my main character, giving her a couple of extra coins when he paid. I did not feel confident enough to name him as Pepys, however, just called him a “gentleman from the Admiralty”. I thought that if someone objected, some real historian, then I’d strenuously deny it was Pepys at all.

I got away with it and naturally wanted to do it again. I wrote a follow-up book set in the next year, the year of the Great Fire, and – reading that Pepys referred to Nell Gwyn as “pretty, witty, Nell” - decided I liked the sound of her. She should visit my sweetmeat shop to buy some crystallised violets! I read two biographies to get a “feel” for her and thought that as long as I didn’t have her flat on her back with Charles II then any still-living ancestors would surely not object. 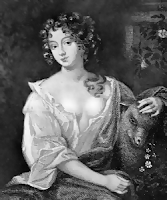 Thrilled with Nelly, I made her one of the main characters in my next book, THE REMARKABLE LIFE AND TIMES OF ELIZA ROSE, in fact Eliza, my main character, goes to work for her as a lady’s maid. I needed a handsome, gallant highwayman, too, and rather than invent one I found a genuine one: Claude Duval, the mannerly, handsome highwayman, who would often steal a kiss from a lady instead of taking her jewellery, and whose epitaph reads:


Here lies Duval,
Reader, if male thou art look to thy purse,
If female, to thy heart.
I managed to get Charles II into this book too, and then embarked on three novels set in the household of Dr John Dee, who was a magician at the court of Queen Elizabeth I. Reading his biography, I found that the queen had visited Dr Dee three times at his home in Mortlake, so included a scene where my main character (an ardent fan of the queen) scurries about trying to light a fire to warm Her Majesty, who had called unexpectedly.

I was on a roll. In FALLEN GRACE, set in Victorian times, I wanted Dickens to put in an appearance, so I checked where he was and how he felt about what I wanted him to do, then had him come into the mourning-wear store where Grace worked to buy himself a black tie. VELVET, being published 5th September, is also Victorian – just – and is about Spiritualism and a certain (fictional) medium. Who better to appear in this, I thought, than Sir Arthur Conan Doyle, known to be a keen spiritualist and visitor-of-mediums.

I think that all my modern books suffer from not having real people in them. When a fifteen-year-old talks about a band in a book, it’s got to be a made-up one, because if you put a real one in then chances are that they will have split up before the book has gone to press. Ditto TV stars, pop stars, footballers: your main character can’t have a crush on a real celebrity in case that real person has dropped dead by the time the book comes out. When you’re writing about 350 years ago, however, you haven’t got that worry. The book I have just started writing is set about 1815 but – no, I am not doing the obvious and having Jane Austen pop in for afternoon tea. This time I’m taking a slightly different angle...
Posted by Mary Hooper at 01:01

Watch out, Mary! It starts small (like your uncredited Pepys cameo) but then it can become a full-blown addiction. Before you know it you'll have real historical figures interacting with your fictional characters all over the place. ;-)

But seriously. I loved this blog and I love your books!

This is so interesting, Mary! And what fun...can't wait for the Jane Austen period one...

Do you think the business of using 'incidental' real historical figures is more acceptable in children's than adult fiction? If an adult might, for insistence, groan at a 'convenient' encounter with Samuel Johnson in an eighteenth-century setting, a child is unlikely to react in the same way, in fact is more likely never to have come across the great man before.
I totally agree with the point made in the last paragraph - it's easier to make historical novels feel authentic than contemporary ones. Thanks for such an interesting post, Mary.

I didn't mean to cut off there! But your covers are always as beautiful as your writing Mary.

I love finding real characters in historical fiction! (My own WIP is all about real people, though not anyone famous.)
Your books sound right up my street, Mary - must check them out.

I always put real historical characters in my Time Travelling Cat series, and sometimes feel I'm being lazy. But yes, as a reader and a writer I feel they add authenticity. Can't wait to get hold of Mary's books set in Dr John Dee's house as I've done one, just one, TTcat & the Tudor Treasure, where a lot of the action takes place in his house.
Think I've just become a History Girl fan!

kirsty at the overflowing library said...

just finished velvet and I loved the Conan Doyle cameo.

I really enjoyed this post. In addition to being interesting, it perfectly captures the joy and excitement we HF writers feel when we weave our stories around real people!

I bought Fallen Grace after reading this blog post and read it while on holiday. Loved it!