A sense of place: Sue Purkiss 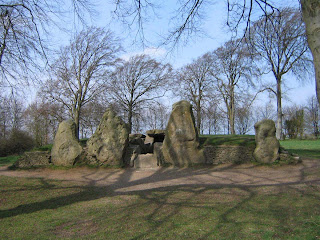 Like a scent, places can be extremely evocative. The right place brings a story alive for me as nothing else can - but it's not always that easy to find. For Warrior King, which was about Alfred the
Great, there was no problem at all. The west of England is littered with sites where you can stand and gaze at landscapes which can't have changed so very much in over a thousand years; as the wind whispers in the trees and a bird is startled up from a marsh with a cry which is the essence of loneliness, it seems that only a very thin veil of mist separates us from the 9th century. Try Athelney in the Somerset levels, or Wayland's Smithy on the ancient Ridgeway, only a stone's throw from the site of a significant battle.

Emily's Surprising Voyage would not have existed without its setting, which in this case was a ship - Brunel's SS Great Britain - which has been lovingly restored and which really begs you to consider and explore the stories of its passengers and crew.
But for the book I'm working on at the moment, it was not so easy to find and visit the place where it was set.
Some years ago, I decided I wanted to write something to do with my father's experiences as a prisoner of war. I didn't have much to go on: for years, he didn't talk about the war at all, and when he did eventually open up about it, what emerged were funny stories, sometimes told against the Germans, often told against himself. At every anniversary of Dunkirk, I would find myself getting indignant on his behalf - yes, it was marvellous that so many men were rescued, but what about the thousands who were't, and spent five years in prisoner of war camps? You never seemed to hear anything about them. But he didn't seem unduly bothered. He just wanted to forget it all, and thought on the whole that everyone else should too. 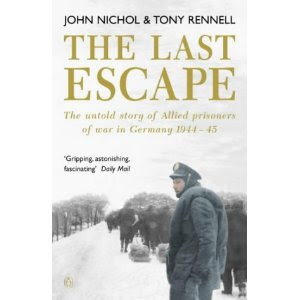 Then I read a remarkable book by John Nichol and Tony Rennell, called The Last Escape (Penguin). It was about the terrible march west in 1945: for reasons which have never become entirely clear, the Germans, as the Russians were advancing from the east, decided to evacuate the camps (mostly in Poland and eastern Germany), and force the prisoners to walk across northern Europe in the depths of a bitter and icy winter.
Dad had told me a story about something that happened on this march: as usual, a funny one, a story that made you smile at the strange vagaries of war. It was only from this book, though, that I began to understand what that journey must actually have been like. Sadly, by this stage, dad was no longer there to ask. I began to read other accounts, about Dunkirk, for instance. The more I read, the more I realised that dad's stories of hooch made from potatoes, football playing commandants, a guard who spent his time playing on an imaginary violin because he'd once been a member of the Berlin Philharmonic - all these, entertaining as they were, comprised only a tiny part of what life as a POW must really have been like. I wanted to find out more; I wanted to explore how it would be, to do a good deal of your growing up inside the confines of a prison camp. The outline of a story began to emerge.
I wanted to find out where dad had actually been: I wanted a physical reality to map onto the stories I had heard. From records at Kew, I found out the names of the prison camps where dad had been: Marienburg and Thorn. But I knew I would not find these names on a map of modern Poland; names were germanicised during the war. As ever, the internet came to the rescue. Thorn is once again Torun: Marienburg is Malbork.
I knew that dad had worked on farms and in forests, but beyond this, I had no picture in my mind of what he would have seen when he first emerged, blinking, from the cattle truck which brought him on the last part of his journey to Poland. I did not know what he would have seen if he was able to gaze through the barbed wire fence of the camp to the landscape beyond.
I need to know what places look like. I needed to go to Poland.
(This story is too long for one post, so I'm going to split it. Next instalment next month!)
Posted by Sue Purkiss at 00:02

Yes! Like you, I have to know what a place looks like. For me, this is the most compelling aspect of hisorical fiction. It transports you back in time, to show you what things were like. Especially what they looked like. But you also want to know what a certain landscape feels like, how thin or thick the air, what bird sounds, what plant smells, even how the water tastes.

That's why we historical novelists have to travel to the places our books are set, or somewhere as close as we can get to what our book's setting would have been.

Good luck with your quest. I can't wait to read part 2.

You can't stop there! When's the next instalment?

Lovely blog, Sue. I agree that setting is so important but also what you said about talking to your father. People have such wonderful stories. It reminds me of my uncle whose hatred of war inspired me to write about Run Rabbit Run. But his story had a tragic end. He was captured and spent what was left of his young life working in terrible conditions on the Burma Railway.
Looking forward to your next blog.

Mwahaha, Joan (I've been wanting to do that for ages!) - oh yes I can! It's written, but there really is quite a bit more of it - it would have gone on for ages. Next blog on the 16th - sorry!

Lovely post and can't wait for part two: BUT, I am going to take slight issue with Caroline about having to visit the place you're writing about. Of course it's excellent if you can but plenty of books have been written which have an EXCELLENT sense of place and which the author has never been to. The example I am thinking of is Stef Penney and THE TENDERNESS OF WOLVES. She never left the library and it conveys the North West of Canada in the 19th century brilliantly!

Yes, it can be done - Mal Peet hadn't been to South America when he wrote Keeper, which I think is a fantastic book. But it certainly helps me if I can go to see a place. It just somehow gets the juices flowing!

Lovely, touching post, Sue, and I'm looking forward to the next instalment. I prefer to go and visit places if I can but sometimes it's just not possible. Adele's comment puts me in mind of hearing Graham Swift talk about his writing. He said that people who had read WATERLAND presumed that he was a native of the Fens but he said didn't know the area and did the research AFTER he'd written the book (I think I believe him!) And then there was the lovely writer-in-residence at Radio 4 Drama who said that he set his plays in foreign parts because he could not afford to go there in the flesh...

Really looking forward to reading the next installment! (Do we have to wait until next month??? :-) )

I am a WW2 historian and that's what I write in my fiction - stories set during the war. Right now, I'm working on a novel set in Nebraska (where I've lived all my life) during the war and place plays a major role in the story.

I think you will have to wait - I don't see any way round it now, even though I'm beginning to feel guilty! It's just, when I got there, there was such a lot to say - I didn't mean for it to be split, honest!

In the meantime, you could take a look at the Rennell-Nichol book - it's really very good. How interesting that you're writing a WW2 novel! Back to mine now...

Adèle! Don't deny me my excuse to swan around the Mediterranean, North Africa, Turkey and now America. It's the best part of a great job! ;-)

Oh, this is just cruel! I want the rest of it NOW.
But brilliant post, Sue, and I do agree about going there if you possibly can. It's not just about giving detail to what you're going to write, it can change what you're writing altogether.
It's also a darn good excuse...
Louise (wishing she'd done a Caroline and thought of setting books in North Africa and Turkey)