In Search of a Tipping Point 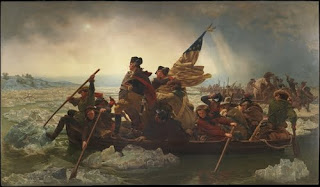 At each and every instant of Time, however brief you suppose it, the line of events forks like the stem of a tree putting forth twin branches.

A fork in the road, the breaking out of a branch from the main trunk, the opening and closing of a door. All these images conjure up an aspect of the human condition: we are caught in an eternal now with limited access to a window on the past which has, at best, a restricted view. And as we move forward into an unknowable future there are some things we can control and some things that we cannot. We are perpetually obliged to make choices or have others’ choices thrust upon us. And in choosing this path over another we will never truly know what might have happened had we turned right instead of left. There are, of course, places to escape these draconian laws: the world of the imagination and a world where time travel is possible.

Niall Ferguson uses André Maurois’s powerful image, above, in his introduction to Virtual History, a selection of academic essays that pose questions such as: what would England have become without Cromwell? or what would have been the consequences if Hitler had invaded Britain in 1940? Asking What If? is a core pastime of the novelist but not necessarily one of the historian. Ferguson writes persuasively in defence of counterfactual history whilst admitting that there are those who, to put it bluntly, judge this branch of history to be a total waste of time and not terribly respectable into the bargain. The first time I came across the term ‘counterfactual’ was in an email from a Princeton historian. He was generously giving me some advice about my time-travelling trilogy. “Your counterfactual question is a good one,” he wrote, and went on to point me in the right direction to write accurately about something which had not happened. This writing about something which had not happened gave me enormous pleasure and also taught me a huge amount. So it was good to come across Niall Ferguson lucidly articulate what was at the back of mind when I took it into my head to ride roughshod over the Ethics of Time Travel.

Perhaps it will be best to start with my example and comment later.

The year is 1763 and a time-travelling twelve-year old from the 21st century cannot restrain himself from spilling the beans that Britain will lose her American colony and that the USA will also go to become the most powerful nation on the planet.

“No, I cannot believe it!” exclaimed the Parson becoming very red in the face. “More powerful than England!”

“Ah well. That is some small comfort. Upon my word…America!”

This transgression is from the first volume when my characters were (mostly) sticking to the rules and were trying to make as few ripples as possible as they swam through the waters of history. The act of going back in time was reckless enough without actually setting out to alter the past. However, once the trilogy got going and my two villains (an eighteenth-century henchman and his corrupt aristocratic master) started to assert themselves in the plot, time tourism began – reluctantly at first - to evolve into counterfactual history. My villains did not share their author’s scruples. They had needs which clamoured to be satisfied and by volume three these became impossible to resist. For several months I remember considering this counterfactual possibility and deciding no, I can’t possibly go there. My American publishers were charming people and it did not seem polite in the circumstances. In the end, however, I caved in and decided to allow Lord Luxon to attempt to win back the US for the British.

My first challenge was how and when to do it. I recall that my son, for whom I put pen to paper in the first place, was all for transporting crack armies from across the centuries so that they could fight epic battles on the island of Manhattan with helicopters and laser guns. This would, I admit, have been very exciting, not to mention a crowd pleaser, and, who knows, perhaps I should have taken that path. But I was not too keen on the idea. I wanted something on a smaller scale, something which would emphasise that there are rare and pivotal moments in history when the lines of fate all seem to converge on one spot at one time and sometimes on one person. What I really wanted was a Tipping Point of monumental proportions.

My grasp of American history was inadequate at best. I soon realised that even if I carried on reading for a year I still might not trust my historical judgement. Then fate, via a Radio 4 Afternoon Play I had written, threw into my path a new American friend whose husband happened to be an eminent historian. A colleague of his also just happened to be precisely the expert I would have been looking for had I had the sense to seek one out earlier. By this time I had, at least, decided that Lord Luxon should start his campaign as early as possible in America’s history. So the question I asked my expert historian was this: If you wanted to sabotage the American War of Independence (Revolutionary War), how would you go about it? Within half an hour the kind man replied in gratifying detail and recommended one military option in particular.

Realistically, he told me, Britain had only two chances to win a decisive victory. The first was during the 1776-77 campaign when Washington frustrated the British with his victories at Trenton and Princeton. The second was during the 1780 campaign when Clinton took Charleston, left Cornwallis to overrun the rest of South Carolina and then move on to North Carolina, while he (Clinton) returned to New Jersey to take on Washington's army, still in winter quarters at Morristown. The option he recommended was the former. I did an image search (I have to have pictures) and instantly recognised Emanuel Leutze’s iconic painting of Washington crossing the Delaware River. If that isn’t my Tipping Point, I thought, I don’t know what is. And the rest, at least as far as I was concerned, was counterfactual history.

As I seem to find it impossible not to write in three parts, in September’s post I’ll conclude with the nitty-gritty of plotting to assassinate one of America’s Founding Fathers, the associated writerly guilt and why a counterfactual approach can be a good thing.

Splendid post Linda! And the what-ifs of history are fascinating. I think my favourite what-if would be: "What if King Harold Godwinson's house-carls had held the line at Hastings?" It was such a close thing - and Harold was clearly a brilliant leader, having in the previous two weeks defeated Haraldof Norway at Stamford Bridge, two hundred miles north... And then we would still be speaking Anglo Saxon. No Shakespeare, but quite possibly better laws, earlier.
The possibilities are endless.

Anyone else with a favourite tipping point in history?

There must be tipping points every second. I met my Swiss wife as a tourist in South America. We happened to both be waiting for a museum to open at an Incan ruin. It never opened, so we started talking and now we've been married 18 years and have three children. What if the museum had opened on time?

Thanks for your comments Katherine and Shawn. A Britain without 1066 is quite a thought! May be in a parallel universe... And I totally empathise, Shawn, with the meeting of spouse tipping point in one's personal life. It is terrifying for me to think how differently my life could have been if I had walked out of a room a few seconds earlier. Great story.

I'm having a lovely time catching up with all the HG posts and comments that went up when I was away!

In my Stravaganza sequence, the fork in the branch is that Remus won the fight with his twin and founded Remora as the capital of Talia.

That creates a whole parallel universe rather than counterfactual history after one different event. (I think that's different but am still a bit travel-fuddled). Anyway, fascinating.