Don’t read on if you’re squeamish. I’ll start gently. Earlier this month, Mary Hooper used the phrase that always strikes fear into the heart of the historical novelist – ‘if someone objected, some real historian’ (my italics). My fear is almost worse: what happens if my family object? I, you see, have not only commandeered the lives of real people – Chaucer is a major character in Belle’s Song, not as the benign Grand-daddy of English Lit but in his lesser known role as a spy – but I’ve made merry hay with my relations. All safely dead, of course, although since in our family there’s little distinction made between the dead and the living, that’s no guarantee of safety. 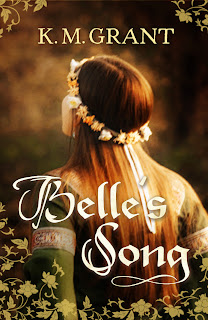 It was natural to seize on Francis Towneley, my six times great uncle, always known to us as Uncle Frank. In fairness, I didn’t seize the whole of him: I just seized his head, because there it was, on a spike above Temple Bar, ready for the plucking. Uncle Frank, an ardent Jacobite, ‘suffered for his prince, August 10th 1746’. Suffer he certainly did. He may have declared that it was ‘better to die by the sword than fall into the hands of those damned Hanoverians’ but the sword wasn’t what King George II had in mind. Uncle Frank was the last man in Britain to be hung drawn and quartered. If you’re not actually eating, you might like to read this rather terrific description (with thanks to ‘Old and Sold’ ).

After he had hung for six minutes, he was cut down, and, having life in him, as he lay on the block to be quartered, the executioner gave him several blows on the breast, which not having the effect designed, he immediately cut his throat : after which he took his head off : then ripped him open, and took out his bowels and threw them into the fire which consumed them, then he slashed his four quarters, put them with the head into a coffin, and they were deposited till Saturday, August 2nd, when his head was put on Temple Bar, and his body and limbs suffered to be buried. 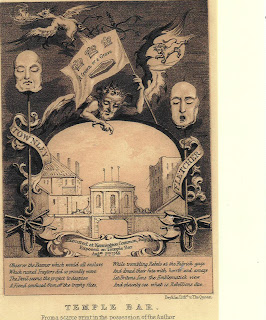 That’s the worst over. Or perhaps not. Uncle Frank’s head, having been viewed by both Horace Walpole and Dr. Johnson – Walpole wrote to a friend ‘I have been this morning at the Tower, and passed under the new heads at Temple Bar, where people make a trade of letting spying glasses at a halfpenny a look’ – it was rescued by a family member and eventually returned to Towneley Hall, where my great great aunt, Lady O’Hagan remembered it being kept in a basket on the sideboard. Oh, there’s more, but suffice to say here that Uncle Frank’s head rolled straight in to How The Hangman Lost His Heart.

I don’t stop at people. In 1861, my family had a Derby winner, Kettledrum. A jokey bet had been placed on him when still a yearling, and when he turned up trumps, my three times great grandfather found himself the unexpected recipient of £2,000. Ever conscious of his immortal soul, he built some churches, and if you ever visit the small jewel that is St. Hubert’s at Dunsop Bridge, you’ll see four small carvings of a horse’s head on the side pillars of the altar.

I always loved Kettledrum.  In his portraits, he looks so worried! And he’s not even the right colour: he is painted as bay but was actually chestnut. That clinched it. He galloped into Hartslove, a fine successor to Hosanna in Blood Red Horse. But here fact and fiction collided. To the Towneleys he was Kettledrum. To the de Granville family, he was The One and so, in Hartslove, published in a fortnight, The One he remains and his story is rather different. Yet I kept the year – 1861 – and the race too. I have dedicated Hartslove to Kettledrum but still, my family may be quite cross with me, though I hope not as cross as King George was with poor Uncle Frank.

Welcome to the blog, Katie - and what a fantastic post! I particularly love the picture of Kettledrum and your description of him as 'worried'.

But doesn't it say a lot about us as historical writers that I am now actually ENVIOUS because I don't have an ancestor who was hung, drawn and quartered? I wouldn't have a moment's hesitation using a history like that. Ancestors are our 'property' in a way strangers never can be, and I bet 'Uncle Frank' would be nodding approval - if he had a head to nod with.

Thanks so much for sharing this. Especially before lunch...

Wonderful post, and I too must hold my hand up and admit to ancestor envy! Keeping the head in a basket on the sideboard... now that's the sort of eccentricity that really appeals. Did you live in a very old family house filled with heirlooms as well as stories? (And where is that head now, I wonder?)

Joining in on the ancestor envy... but they kept his head in a basket on the sideboard? Wouldn't it smell?

But perhaps we've all got amazing ancestors, and we just don't know about them. Right - off to Ancestry UK...

Hello, and I'm so glad you like the post. Can reassure on the smell front, as Uncle Frank's head was dipped in pitch to preserve it. As for its current whereabouts, it was eventually reunited with Uncle Frank's body in St. Peter's Church in Burnley, but when we opened the tomb in 1978, we found Uncle Frank's head had been joined by that of an unknown friend. Solving the mystery of the identity of the second head provided the plot for How The Hangman Lost His Heart. Even as I finished the book, I felt lucky at having Uncle Frank rather than being Uncle Frank ... I don't think I'd be at all good at being executed.

Wow. Heading off (arrgghhh - pun not intended) to get a copy of How The Hangman Lost His Heart asap - MUST find out more about the second head!

We will all be searching our family records now, but somehow I don't think anyone is going to beat Uncle Frank.

How could you NOT write about your Uncle Frank and Kettledrum? The head in a basket on the sideboard was a particularly nice detail! Thanks for sharing...

I loved this post and I loved hearing you tell the tale at the Edinburgh Book Festival. I especially liked the part that your mother arranged the two heads to face each other so that they could chat throughout eternity!

Katie!
I remember you! You were the one with the brilliant stories and the fantastic ancestors.
Splendid to be reunited here. Lovely post as well. I shall look forward to more. -

Kettledrum - how great to have a racehorse in the family! (I worked with them for 10 years before I decided it was safer sitting at a computer than on a "worried" racehorse's back on a Monday morning...)

And your post has reminded me I MUST MUST MUST get hold of your blood red horse... Amazon keep recommending it to me, as a fellow horse lover.

Now there is an ancestor to be proud of!